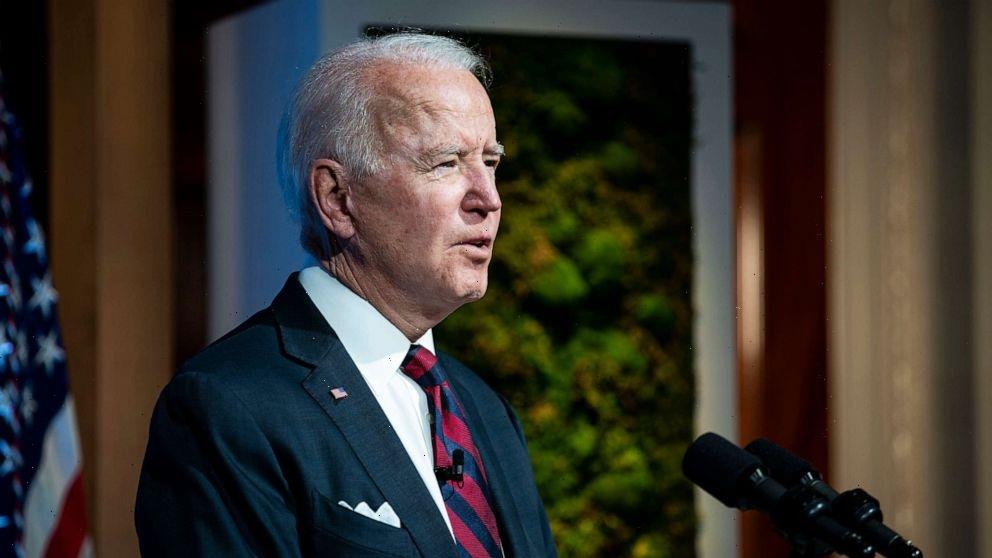 President Joe Biden said last year the nation was facing four “historic crises all at the same time” — the pandemic, the related economic crisis, the need for racial justice and the “undeniable realities and accelerating threats of climate change.”

At the time, given the unprecedented year, his inclusion of climate change in that list made headlines and surprised even some Democrats. While the White House lately has faced criticism for coming up short on other campaign promises around police reform and gun control, when it comes to climate change, it has largely been a different story. Eight months after that speech, which he gave while accepting the Democratic Party presidential nomination, Biden is now nearing his first 100 days in office, and environmental activists have been encouraged by early staffing decisions, stated goals and proposed legislation that deals with climate change head on.

This week, too, Biden doubled down on the issue, hosting an international virtual summit with 40 world leaders on Earth Day and setting new goals around cutting greenhouse gas emissions by 50% within the decade.

“The signs are unmistakable. The science is undeniable. The cost of inaction keeps mounting. The United States isn’t waiting. We are resolving to take action,” Biden said Thursday. “I see an opportunity to create millions of good paying middle-class union jobs.”

Of course, setting goals and achieving them are completely different tasks. To date, many of president’s executive actions have been designed as values statements and to-do lists versus actual rule changes, which take time. He has been credited with moving quickly to get his administration working on sizable projects, such as transitioning vehicles owned by the federal government to an all-electric fleet, but there are still gaps in the road and missing details on how exactly his teams will achieve their ambitious targets.

On Day One, he placed a temporary moratorium on oil and gas activity in the Arctic National Wildlife Refuge and canceled plans for the Keystone XL pipeline expansion, which would have delivered hundreds of thousands of barrels of tar sands oil every day from Canada to Nebraska and on to the Gulf Coast.

Biden’s intention to let California again set its own vehicle emission standards, which the Trump administration fought in court, could alone dramatically reduce pollution and lead to fundamental shifts in the marketplace. Transportation in the United States made up 29% of greenhouse gas emissions released in 2019 before the pandemic, making cars and buses on the road a crucial component in any climate plan and a key focus of the Biden agenda.

Jackson, Mississippi has an ongoing water crisis. Here’s how it’s impacting its citizens.

Earth Day 2021: Moms become climate activists as they worry about the Earth their kids will inherit

Experts estimated that the Trump administration’s proposal to freeze vehicle fuel-efficiency standards would have increased average greenhouse gas emissions from new vehicles by 20% by 2025, compared to levels projected under rules put in place by former President Barack Obama.

“President Biden has done more to combat the climate crisis, to advance clean energy and environmental justice in his first 100 days – it has been the strongest hundred days of any presidential administration ever when it comes to these issues,” Tiernan Sittenfeld, senior vice president of government affairs at the League of Conservation Voters, told ABC News. “He campaigned more strongly on climate and environmental justice and clean energy than any presidential candidate ever. They focused a lot on it during the transition, and they really hit the ground running,” she added.

Challenges on the horizon

The next steps, experts say, are harder: actually building in a greener national infrastructure and investing in a clean energy economy. Some activists warn the president has asked Congress to handle too much of this and want him to take stronger executive action on his own.

“[The president] made some good down payments with his initial executive actions in late January, but so much of what the White House has proposed in terms of their climate policy is in their Build Back Better American Jobs Plan. Just so much of what was committed during the campaign is wrapped up in this coming congressional action, and so it’s really a work in progress,” Raad said.

While advocates say they are encouraged the president has proposed sweeping initiatives to boost renewable energy production and accelerate the transition to electric vehicles in his new infrastructure and jobs plan, it is exactly those measures focused on climate change that could be the biggest sticking points and hurdles in clearing the bill through the U.S. Senate. The bill, for example, calls for $174 billion to invest in the electric vehicle market, but Republicans have used the proposal to build a national electric vehicle charging network as almost a punchline for why the infrastructure bill goes too far for them.

Like other environmental leaders, Raad credited the Biden administration with an apparent commitment to work across all federal agencies on climate and leverage the government’s spending and market power.

Early on, not only did the Biden administration make high-profile appointments — naming former Secretary of State John Kerry as the special presidential envoy for climate and former head of the Environmental Protection Agency Gina McCarthy as the first White House national climate adviser – but his team has recruited and hired climate and renewable energy experts to fill posts across the federal government. The administration created new teams focused on climate change and climate equity within agencies not traditionally thought of as leaders or major players in this space, including Health and Human Services.

Raad also pointed to work, for example, at the Departments of Treasury and Commerce the last few weeks. He said he had “seen good signals so far” that these agencies intended to investigate whether banks are possibly overleveraged and overexposed with investments in fossil fuels. “Assessing and mitigating risks in our financial system could be a potentially huge opportunity to take on carbon emissions and the reckless financing of fossil fuels,” Raad said.

Nathan Hultman, director of the Center for Global Sustainability at the University of Maryland, argued there has already been a revolution in the energy market over the last 10 years to push out older, more polluting forms of energy in favor of cleaner, cheaper options. He said the next stage is for the federal government to show it can re-engage and accelerate processes already underway.

“We need it to be shut down,” Sittenfeld said. “All people in this country have a right to to clean water, and and we need to focus on the clean infrastructure and the clean energy of the future. And, you know, this was a decision that we strongly disagree with.”

The Lasting Power of Justin and Hailey Bieber's Marriage, According to an Astrologer
Entertainment