Home » Lifestyle » What are The Saturdays doing now? From country music star to Instagram influencer 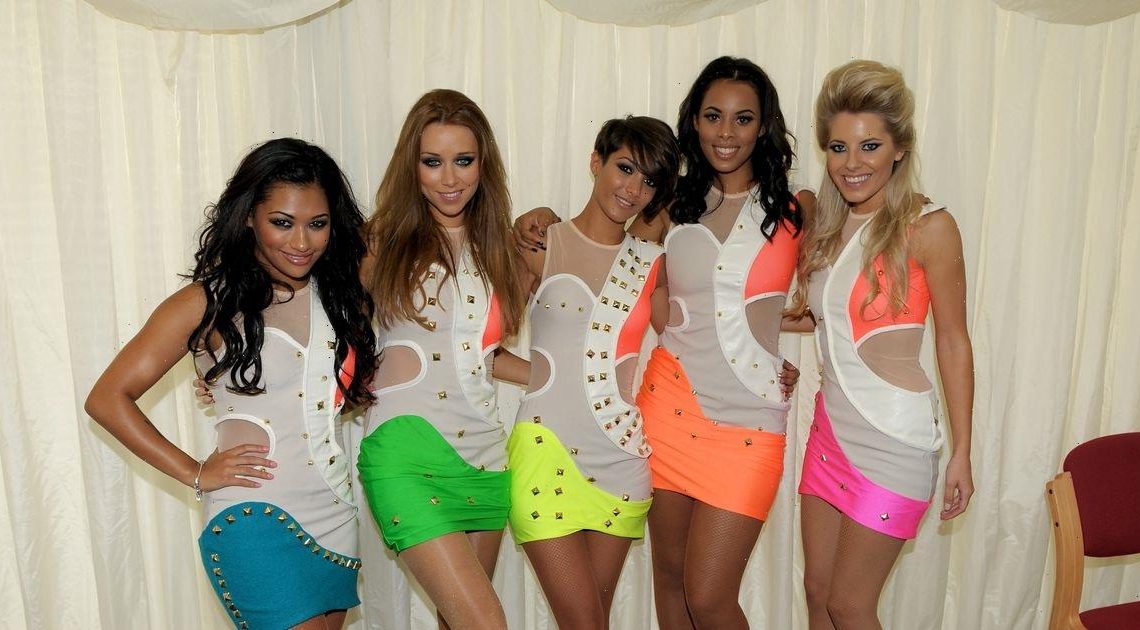 What are The Saturdays doing now? From country music star to Instagram influencer

Whether you were a primary school pupil or a full-blown adult during The Saturdays' seven-year reign, you would've undoubtedly been in awe of their incredible moves, vocals and fashion choices.

The chart-topping British-Irish girl-band's time in the spotlight was nothing short of iconic, from their collaborations with Flo Rida and Sean Paul to their constant colour co-ordination.

The Saturdays were formed in the summer of 2007, after industry giant Polydor Records held open auditions to form the band with intention to instantly sign the successful members to their sub-label, Fascination Records.

The freshly-formed pop-group were then catapulted to stardom after they supported Girls Aloud for their nationwide Tangled Up tour, and at the time were often referred to as 'the new Girls Aloud'.

Their first single If This Is Love made it to number eight in the UK singles chart, with following releases Up, Issues and Just Can't Get Enough all making it into the top five.

Ego, Missing You, Notorious, All Fired Up, Gentleman, Forever is Over, Disco Love and many others followed, all of which made it into the UK Top 40.

It's been seven years since The Saturdays announced their hiatus in 2014, and they've all kept themselves busy since.

Here's what Frankie, Mollie, Una, Vanessa and Rochelle are up to now…

Since leaving The Saturdays, Frankie has found love, settled down and become a mum of two.

She wed former footy pro Wayne Bridge in 2014 and the pair are still happily married, as well as parents to sons Parker and Carter.

Now 32 years old, Frankie has enjoyed plenty of modelling, presenting and ambassador work over the past seven years.

Frankie made it to the final of Strictly Come Dancing in 2014 with professional partner Kevin Clifton after wowing the country with her skills, but missed out on the Glitterball trophy.

The following year, Frankie presented a series of TV documentaries about trolling, and later appeared in a reality documentary series called Married to a Celebrity alongside her husband Wayne.

Frankie has been signed to Polydor and Fascination records since she was 11 years old, and is still with the label today, announcing she would be attempting a solo singing career in 2017.

However in 2019, her solo debut was put on hold due to her wanting to focus on motherhood.

In 2020, it was reported that Frankie is the most successful of The Saturdays, amassing an estimated net worth of around £11m.

Mollie King is now 34 years old and works predominantly as a radio and TV presenter for some of the UK's biggest media names.

The star signed a solo deal with Island Records in 2015 and even went on to release debut single Back to You in 2016, but sadly her solo singing career didn't take off.

In 2017, Mollie starred on Strictly Come Dancing and made it to the semi-finals with her partner AJ Pritchard.

The following year she was offered a string of presenting roles, from Blue Peter to stepping in to host Lorraine on ITV.

Mollie has also presented This Morning whilst its main hosts Holly Willoughby and Phillip Schofield were taking their annual summer holiday.

Her most recognisable affiliation is with BBC Radio 1, where she hosts the Weekend Breakfast Show with Matt Edmonson as well as Best New Pop by herself on Friday mornings.

Since January 2021, Mollie has been engaged to England cricketer Stuart Broad, and they share a dog together called Alfie.

Irish beauty Una is the eldest member of The Saturdays at 40 years old, but her incredible genetics could convince us all that she's a decade younger!

Despite her success in the UK and over in the States whilst in the band, Una returned to Ireland and has built herself an impressive career in Irish media.

The star presented Una's Dream Ticket, appeared as a coach on The Voice of Ireland where her act won the competition.

She has also worked for Country Hits Radio since 2019, presenting their breakfast show on Saturdays. Una has also pursued a career as a country singer, enjoying success in her home country after releasing an album.

She has two children with her ex-husband Ben Foden, whom she divorced in 2018, and has kept her private life under-wraps since.

Pre-The Saturdays, Vanessa was a musical theatre performer, but she doesn't seem to have returned to the stage since the band split.

Vanessa is now 31 years old, and is the youngest member of The Saturdays, earning her place in the band aged only 17.

Despite being an unofficial lead singer of the band and her incredible vocal range being compared to the likes of Christina Aguilera, Vanessa hasn't enjoyed the same success outside of The Saturdays.

The sunning star boasts an impressive 256K followers on Instagram and seems to work as an influencer, posting regular lifestyle, travel, fashion and beauty sponsored content.

Little is known about Vanessa's private life nowadays, but she ended her six-year relationship with Gary Salter in 2017.

Just like close pal and former bandmate Frankie, Rochelle Humes has enjoyed a very busy few years after The Saturdays, and her career has only skyrocketed since.

She married JLS star and Capital Radio presenter Marvin Humes in 2012 and they've since gone on to have three children together, Alaia-Mai in 2013, Valentina in 2017, and Blake in 2020.

From designing her own clothing range for Very in 2014 to creating her own brand called My Little Coco in 2020, Rochelle has had her fingers in many pies and made juggling motherhood alongside it look like a breeze.

She and Marvin have become a bit of a presenting duo and have stepped in on This Morning on a few occasions, with Rochelle frequently returning to present segments of the show alone or with a different co-host.

Rochelle has presented the likes of Ninja Warrior UK, The Xtra Factor, Sweat the Small Stuff, The Great Magician and Lorraine over the past few years.

She was given a regular weekend slot on Heart Radio in early 2018, leaving the role in late 2019.

Hello, We Made a Cosmo Tarot Deck and It's Officially Here
Entertainment