Home » Lifestyle » Watch this show before you utter these four words 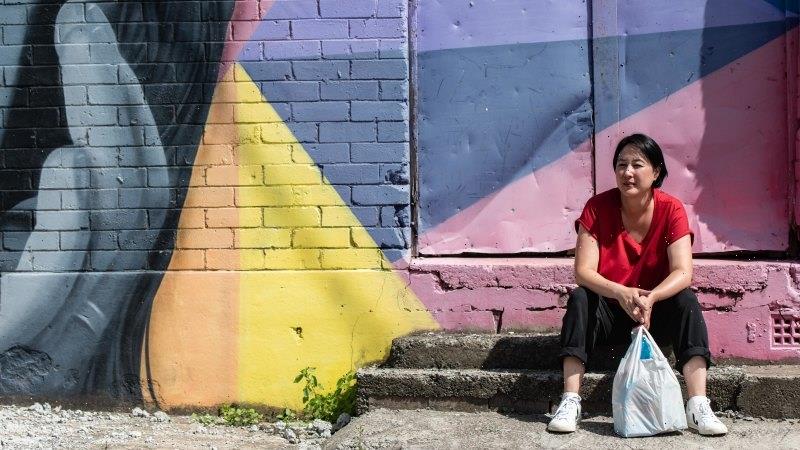 Watch this show before you utter these four words

I never thought I would find myself in damp socks, a t-shirt I had been gardening in the day before and doing anything in public un-showered, let alone trying to look for a job. I didn’t fancy my chances of landing one in this state, but this is what people are expected to do every day in a system that makes it almost impossible to succeed.

Imagine shouting “just hurry up” to someone struggling up stairs with a broken leg. Think about saying “just get over it” to someone who is grieving. Or, what about muttering “just work it out” to an elderly person trying to use a smartphone. 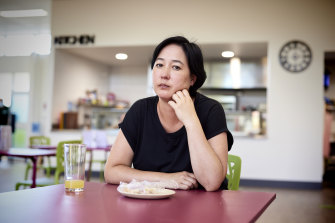 Having to introduce myself to someone when I wasn’t able to put my best foot forward was acutely uncomfortable.

The reality is that saying “just get a job” to those currently living on income support is as problematic and offensive as any of these other insults.

For many years now, I have had the privilege of being a Member of Parliament – I haven’t had to look for work (or suffer the stress and handle the rejections) for some time.

Earlier this year, while filming SBS series Could You Survive on the Breadline?, I was left to my own devices and told to try and find work.

The accommodation I was staying in was an empty shopfront turned low-rent accommodation. It had an outdoor toilet with a shower, but the drain was blocked so when you tried to shower the dirty water all came up and flooded the floor. There were no laundry facilities, and I also had no cash, so washing and drying my clothes at a laundromat wasn’t an option.

A freshly ironed shirt, printing a resume or searching online for job opportunities were not options available to me. That was my reality as I walked the main street of Port Kembla looking for a job. Entering all the shops that looked and smelled so nice, I felt crusty and certainly didn’t feel like I belonged. Being at a disadvantage from the outset, and having feelings of shame and a lack of dignity, are not things people should endure because they find themselves unemployed and relying on income support.

I have had previous hospitality experience, but I couldn’t try the pub as I needed an RSA, which in theory I could get online, but I didn’t have the money to pay for it or the computer to be able to access the course. I also tried the florist and a clothes shop, without success.

Another place I tried, I was told I’d have more luck making money by going door-to-door and asking people if they would pay me to clean their car than I would finding a job in the local area.

People often don’t understand the barriers to finding employment. It’s not just about being presentable, you need access to a phone (with credit!), a computer and internet access, not to mention the money to be able to travel to and from the interviews. Then what about if you get the job – usually you need to pay for new clothes or a uniform, and it’s not easy to set an alarm to stick to a regular routine if you are couch surfing or sleeping rough. For people living with a disability, or people who speak a first-language other than English, the barriers are even greater.

I knew this was only temporary for me, and so the stakes were not high, the ramifications not significant. But having to introduce myself to someone when I wasn’t able to put my best foot forward was acutely uncomfortable. This is the reality faced by so many people in Australia, all the time, as they are living in housing conditions with little to no money for clothes or transport after covering the costs of the basics like rent, food, and medicine if needed, but are expected to “just get a job”.

Our economy is built on the assumption that there will always be a certain level of unemployment. Those who make the policy decisions that force people to live below the poverty line are the same ones that drive an economic approach that accepts that it is not designed to support full employment.

Shock jocks who shout derogatory remarks over the airwaves and some of the decision-makers who determine policies and laws need to take into consideration the very real difficulties faced daily by many Australians who rely on income support.

While I was in Port Kembla speaking with some older men over lunch, they shared their stories of being required to look for work in their professions despite there being no jobs. These men were qualified chefs and experienced workers who wanted employment and just couldn’t get it. They also shared stories of the lack of respect and dignity they were afforded by job agencies. Their experiences of “mutual obligation” were disgraceful. 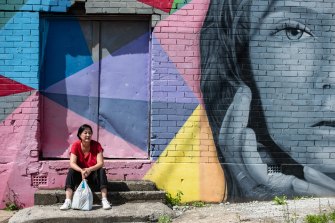 Jenny Leong during the filming of Could You Survive on the Breadline?

One guy I met told me he had been at his job agency that morning, and 10 minutes after he left he got a text message saying he needed to report to the office that day to meet his requirements to continue getting payments. Given he had just left, he thought this seemed odd, but thankfully he was only a short walk away so he went back, only to be told that it was an error, and not to worry. Had he not been so close, had he been at home, he would have had to travel all the way there – pay for the transport – or risk having his payment cut off. There’s no dignity in that.

During this experience, and in my job as an MP, many people share their stories with me. Stories about how they felt the system let them down, how they weren’t treated with dignity, and how more attention needs to be focused on helping people be successful in their job search. Being forced to face the realities of this every day affects your sense of self – a liveable rate of income support and a removal of punitive measures would go a long way to helping people looking for and securing work.

People who are unable to work or unable to get work despite efforts to do so need a social safety net and a rate of income that allows them to live above the poverty line. They also need and deserve to be treated with dignity and respect.

They certainly don’t need to be told “just get a job”.

Jenny Leong is the Greens MP for Newtown, NSW. Watch her in SBS’ three-part series Could You Survive on the Breadline? premiering 8.30pm on Wednesday.