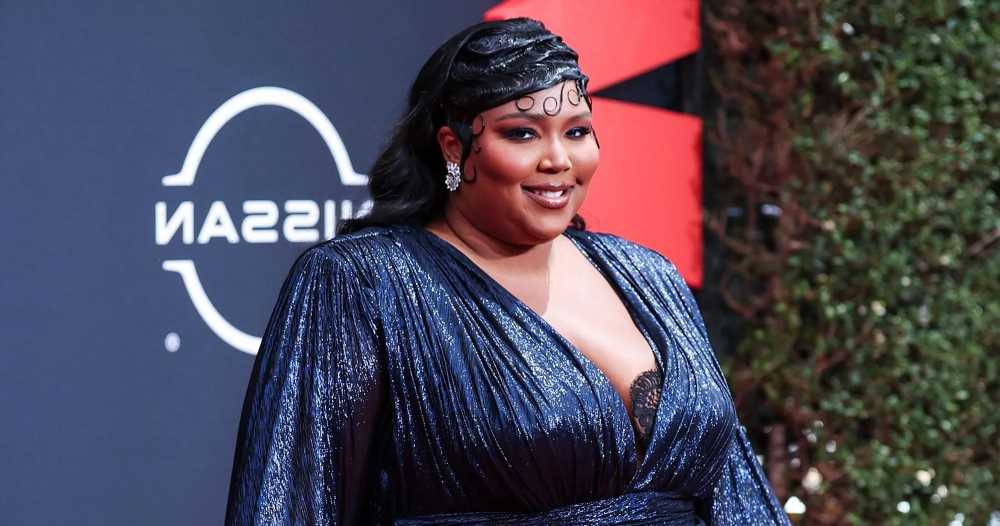 Nothing can stop Lizzo from busting a move! The singer shared a hilarious video, which shows her dancing while wearing a Balenciaga tape ensemble.

Lizzo’s Most Outrageous and Amazing Beauty Looks: From 9-Foot Ponytails to Pink Wigs

“I’m a ridiculous human … Just stream ‘About Damn Time’ and don’t ask any questions,” Lizzo, 34, captioned the funny clip shared via Instagram on Wednesday, July 20. In the video, the hitmaker is seen covered in the high fashion caution tape as she attempts to perform the viral TikTok dance that accompanies the popular single. The Grammy winner tries to wave her arms and shake her bum but is constricted by the figure-hugging ensemble.

For her part, Lizzo wore the look on the cover of Elle UK for the magazine’s September 2022 issue. “I PUT THE ‘L’ IN ‘ELLEE,’” the songstress wrote alongside an image of the stunning shoot, which was fittingly titled “Lizzo Unwrapped.”

Lizzo looked radiant as she posed in the bold number, which she complemented with a voluminous main of tight curls.

Every Time Lizzo Used Her Platform to Preach Body Positivity

In her interview, Lizzo opened up about her recently released album, Special, which dropped on July 15. “I had to remember, when we come out of lockdown, people are going to be coming out of a depression. And the end of lockdown does not signify the end of their mental health struggles. So, I wanted to make music that people can use as a soundtrack to survive,” she said.

Just hours after the project’s debut, Lizzo blessed fans with a special performance as part of Today‘s Citi Concert Series.

For the show, she wowed in vibrant blue shapewear from her intimates label, Yitty.

The Texas native looked radiant as she belted out her music, wearing a cobalt bra and matching biker shorts. She complemented the sexy ensemble with sapphire eye makeup and dramatic lashes. Lizzo had her hair styled in dainty curls with a side part.

About Last Night: See the Best Dressed Stars on the Red Carpet and Beyond

Lizzo launched Yitty in March with all body types in mind. “Instead of thinking about size in this linear way, we’re thinking about it on a spectrum where everyone is included,” she said of her new brand at the time, which ranges in size from XS to 6X. “Everyone’s size is just their size. It’s not high, it’s not low. It’s not big, it’s not small. It’s just your size.”

The “Juice” singer has had this brand in the works for three years, but according to a press release shared with Us Weekly, she’s been rocking shapewear out and about since she was in the sixth grade.

“I was tired of seeing this sad, restrictive shapewear that literally no one wanted to wear,” she explained. “I had an epiphany, like, ‘Who can actually do something about this?’ I decided to take on the challenge of allowing women to feel unapologetically good about themselves again.”