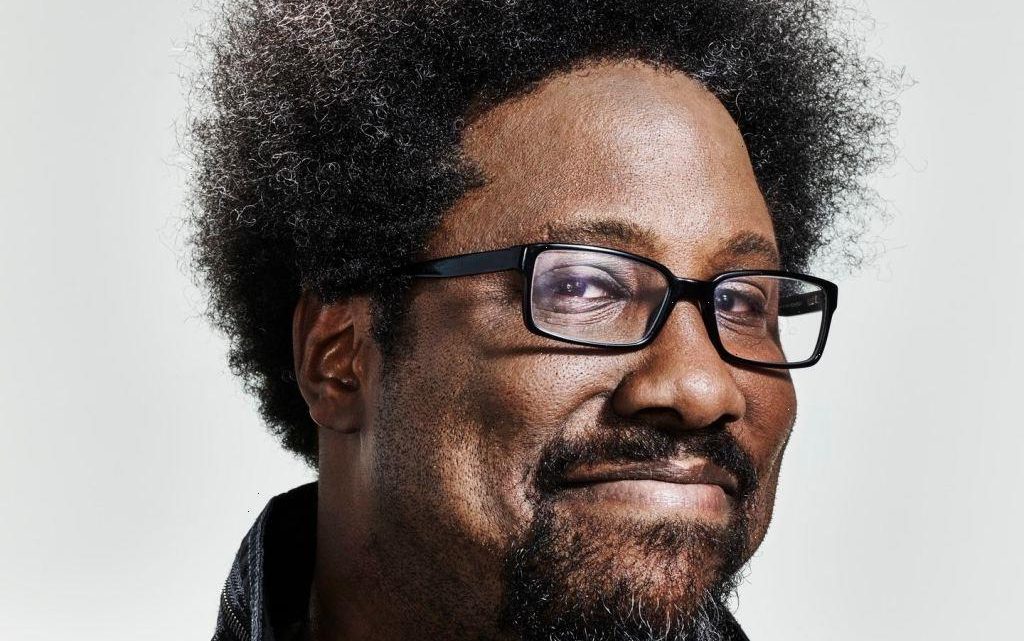 When W. Kamau Bell got started, he just wanted to make people laugh. At 21, he began with a goal of being a stand-up comedian. Then everything changed.

“We had a Black president, then we had an orange president,” he says. “I got motivated in different directions. It would be hard to explain to the young me what this is.”

Bell always knew he wanted to be in showbiz and even took a class in filmmaking at Columbia — but at that point, it wasn’t for him.

“It was back in the days when you had to cut film with razor blades and tape it together and I was like, ‘I don’t want to do any of this!’ I definitely had ideas,” he says, noting that eventually, he knew he wanted to do comedy but also talk about important issues.

“When I was out there really trying to make it, the only shot for political comics was, maybe I can get on ‘The Daily Show.’”

So he paved his own way. He continued doing stand-up and hosted a weekly series, “Totally Biased With W. Kamau Bell,” sharing social and political commentary, which ultimately led to a role in CNN’s “United Shades of America.”

Now, he wears many hats — and T-shirts. He’s a husband and father of three first, he hosts “United Shades of America” and helms and produces multiple podcasts.

And then this year, he directed and produced Showtime’s “We Need to Talk About Cosby,” a docuseries exploring Bill Cosby’s career and his sexual assault cases. The series led to two Emmy noms for Bell — for directing and for narrating.

Although nominated before for his CNN work, this felt different than any other recognition, especially because there were times during the process he thought the doc wasn’t going to be made and worried, “maybe this will ruin my career when it does come out.”

He also feels that it’s given him a louder voice. During a recent episode of “United Shades,” Bell wore a T-shirt that read, “I WILL AID AND ABET ABORTION,” causing uproar among right-wing media — which he expected.

“It just sort of makes me go, ‘There they go, doing the thing they do.’ It’s not surprising! Actually sometimes, I feel like if they don’t do it, I didn’t do a good job! So when Tucker Carlson calls me a ‘CNN goul,’ I’m like, ‘There you go, Tuck,’” laughs Bell. Plus, he knows that he’s also been “poking the pale bear” with his own comments. “But it’s important to know that this is not a game. I’m about this. I really believe in this and I also understand — and this is what I learned from Bill Cosby — the power of your platform to help change people’s minds and help educate people and so I think that the Cosby doc was me reckoning with like, I definitely learned some of that from Bill Cosby, but I have to reckon with the truth as I now understand it.”

“America has really not done a good job ever talking about sexual assault and rape,” he says. “How showbiz, specifically, is encouraging of that is something that I had not really come to grips with. I think the idea of show business is like, ‘We create dreams,’ and I think when you get caught up in the idea of ‘We create dreams,’ you don’t create a human resources department. Showbiz is still a place where just the behavior of people who are at the top of the call sheet — forget even criminals, but just boorish and shitty, in a way that you wouldn’t get away with it at other jobs.”

With news about Cosby continuing to come out, Bell is interested in helping the promote the activism work that survivors are doing around sexual assault and rape issues. However, he’s “done with this version of the story.”

“I understand that, in the same way that that I will always be the guy who talked to the KKK, I’m now always going to be the guy who directed the Cosby doc, so I have to accept that. I did it. Nobody made me do either of those things,” he says. “I’m not talking about making a sequel. I’m interested in doing more work that does similar things, as far as investigating issues and ideas that I’m not seeing them done in the world.”

During the production of “Cosby,” the world was going through tough times — so, Bell made sure to create a safe place for the staff.

“With COVID-19 and Cosby getting out of prison, we were just all sort of like constantly in this state of turmoil,” he says. “There were tears in meetings when Bill Cosby got out of prison. We were shocked like everybody else was shocked and so there were times where we would have Zoom meetings and we weren’t even talking about the project, we were just processing what we knew and what we had heard. In the middle of production, George Floyd was murdered by cops in Minneapolis. So we had a Zoom that was just for anybody who wanted to come to and talk about that, that’s what we’re here for.”