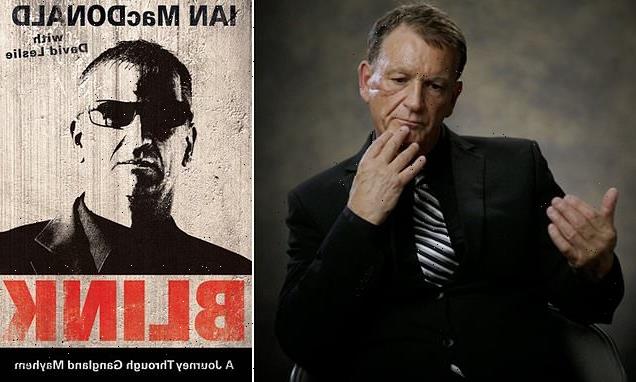 Violent Glasgow gangster reveals all on his criminal career

Ex-Glasgow gangster Ian ‘Blink’ MacDonald tells how he smashed an inmate with a battery, LAUGHED at men who tried to knife him to death and served time with serial killers after being jailed for a £6million bank heist

A reformed Scottish gangster has shared details of his life of violent crime in a candid interview, including when he ‘laughed off’ an attack by knife-wielding gangsters after he was released from prison.

Ian ‘Blink’ MacDonald, 60, who grew up in a working-class family in Glasgow’s deprived Blackhill neighbourhood, began stealing cars and shoplifting as a teenager after his ‘strict disciplinarian’ father left his wife and five children.

MacDonald spent time in approved schools – a residential institution where young people could be sent by a court – before being sent to a borstal – a youth detention centre – at 16. His brother, Gary, was sentenced to eight years in prison at the age of 18 for slashing a man’s throat.

‘It was just a life of crime for me,’ MacDonald said in the interview with LADBible. ‘We used to just steal cars and, when the jeweller’s shops were opened, just draw [park] right outside them and sledgehammer them, and take the money.

‘As the years went on, the offences got more serious.’

They went on to include armed robbery and an attempted £6million bank heist, which landed MacDonald 10 years in prison, where he served time alongside the IRA, Italian gangsters and serial killers. 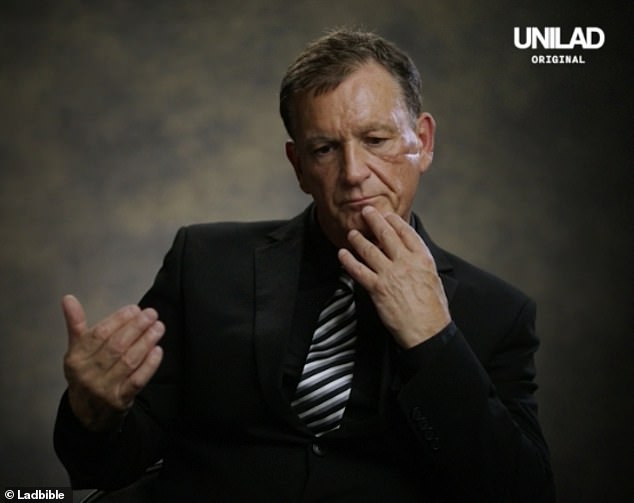 Ian ‘Blink’ MacDonald, 60, who grew up in a working-class family in Glasgow’s deprived Blackhill neighbourhood, began stealing cars and shoplifting as a teenager after his ‘strict disciplinarian’ father left his wife and five children. He shared his experiences with LADBible

Tough and streetwise, MacDonald said he could cope with the approved schools but the treatment in the borstal was ‘shocking’, from both the prison officers and the other offenders.

‘You get up early in the morning, you make your bed and the bed block, you’re doing floors with the toothbrushes and it’s supposed to deter you but it never deterred me.’

The former criminal described how, while in a borstal at 18, he became embroiled in a violent confrontation with a 21-year-old man from Liverpool who called him ‘Jock’ – a derogatory term for Scots. 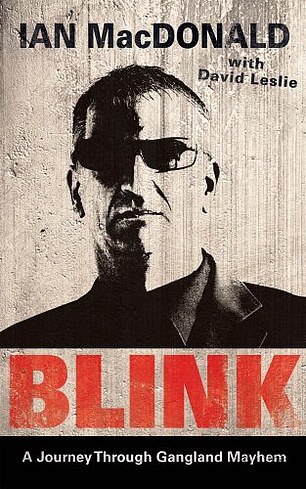 ‘At the time, we only had radios, there were no TVs then… I put a PP9 battery [a large battery from the back of a radio] in a sock. He was lying in his bed and I said to him, “You still want to call me Jock?” And I smashed him over the head with it.’

Aged 22, he started carrying a gun again, using it to hold up post office workers and security guards.

The biggest ‘job’ of his career came in his 20s, when he was approached by a friend who was on the run from HMP Shotts, a prison in North Lanarkshire, Scotland, who presented him with the opportunity to be part of a £6million bank heist. The target was a holding bank for the entire Devon region.

MacDonald agreed to be the getaway driver.

At the time there were no alarms on the floors of the main bank, so it was easier to carry out large scale bank robberies. Inside the branch there were 15 or 16 members of staff.

‘All the staff were lying on the ground. [The robbers were asking] “Where’s the f*****g money? Where’s the key?” The manager, his name was Brian Thomas, I still remember his name after all this time, he was saying to them, “just let me go open the door. I don’t want my staff hurt.”

One member of the heist team blasted his gun in the ceiling in frustration, and a chunk of plaster came down and hit a woman on the head.

MacDonald said: ’30-odd years ago, the Scottish press kept saying a girl was shot in the head, but it’s just as bad to tell you the truth, because they were traumatised. I apologised to her anyway. There was no serious wound or that, but I could imagine her mental state after that.’

Police arrived at the scene but MacDonald had managed to escape to a nearby caravan site.

After five weeks on the run, he arranged to meet his girlfriend at the time, Sheila, in a Chinese restaurant. The seasoned criminal knew he was a wanted man, and was on high alert.

‘A guy and a woman came in [to the restaurant] and right away, I said “By the way, undercover coppers”. She went, “Oh there you are, starting again”. And I said, “Well what do you expect, I’m on the run! It’s not for something silly!”‘ 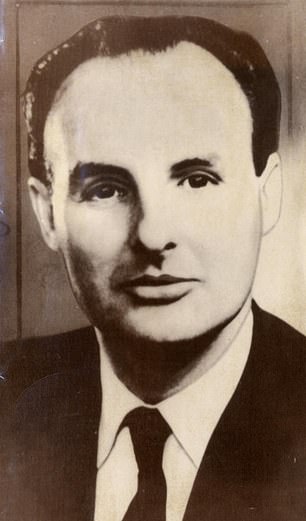 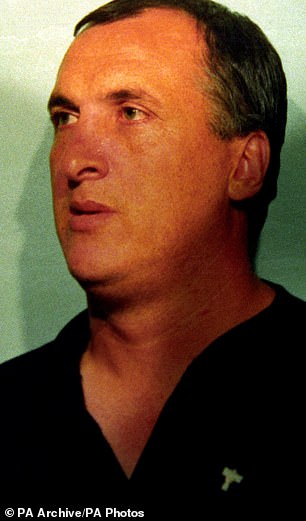 MacDonald served time alongside members of the IRA, the gang behind the £26million Brink’s Mat robbery and Italian gangsters. At one point he was in a cell next to Scottish serial killer Archibald Hall, also known as Roy Fontaine, left. He also met serial killer Colin Ireland (right), known as the ‘gay slayer’ because of the sexuality of his victims

Elsewhere there were four men who appeared to be celebrating one of the group’s success at passing a driving lesson.

‘So I’m starting to relax,’ MacDonald said. ‘After about two hours, we saw all these people coming in, but they were all in civilian clothes. It was police.

‘I’m going, “Is that any of my enemies?”, and I get my hand in my pocket into my gun, and before you know it… See the lovely couple? They were the first two to jump on top of me. The four or five with the driving lesson? They were all police.’

Reflecting on that night weeks later, it struck MacDonald that the couple had a pen pointed towards his table, which he believes was a microphone recording his conversation.

MacDonald was sentenced to 16 years in prison for his part in the £6million bank heist and another two-and-a-half years for gun possession.

The first nine years in prison were spent in Category A prisoners, for criminals who are identified as being highly dangerous to the public or national security.

MacDonald served time alongside members of the IRA, the gang behind the £26million Brink’s Mat robbery and Italian gangsters.

MacDonald was in a cell next to Scottish serial killer Archibald Hall, also known as Roy Fontaine, who was nicknamed ‘the Monster Butler’ or ‘Archie Butler’, because some of his crimes were committed while in service to the aristocracy. He killed five people and was given a whole life sentence. 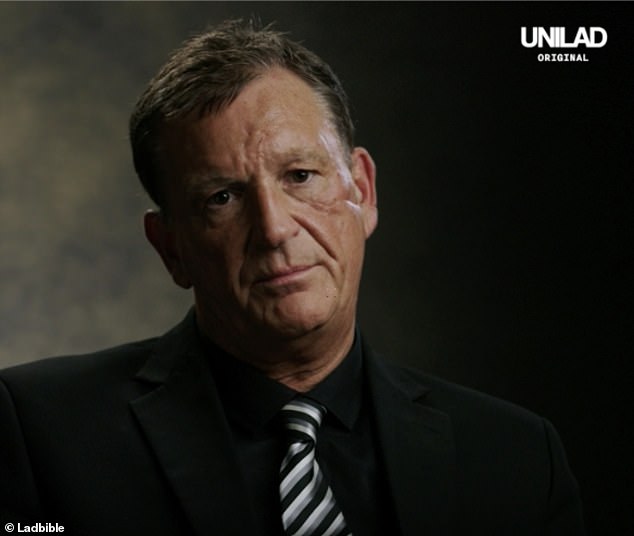 During his 20s, MacDonald was approached by a friend who was on the run from HMP Shotts, a prison in North Lanarkshire, Scotland, who presented him with the opportunity to be part of a £6million bank heist. His role was the getaway driver

Serial killer Colin Ireland, known as the ‘gay slayer’ because of the sexuality of his victims, was also in prison alongside MacDonald.

‘I couldn’t handle it. I kept saying, “when is this black tunnel going to end?”… To be very honest with you, for the first three years I kept saying to myself, “Please God, I’ll never get in trouble again in my life.”… I would say to anybody, it’s not glamorous. There’s a lot of lonely nights in there.’

When asked what his worst experience was coming out of prison, he said: ‘I found two guys who had hanged themselves in prison, and that kind of affected me because I knew them. That was the worst, but there was lots of incidents.’

MacDonald was released in 2001 after serving 10 years and five months of his sentence.

But before leaving prison he found himself struggling with the idea of life on the outside, knowing he might return to a life of crime. 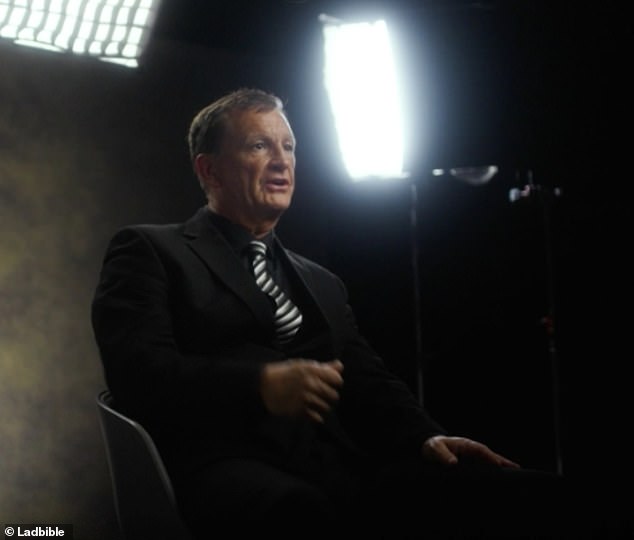 MacDonald was released in 2001 after serving 10 years and five months of his sentence. He has since turned his back on a life of crime

‘I still wanted to live a fancy lifestyle,’ he explained. ‘Where am I going to get the money for a house, car? And I went “am I going to have to go back to this again?” Because I had no life skills. And I was shocked at myself for thinking that.’

When he left prison, he says he ‘did something serious to someone’ who he won’t name.

The individual was part of the ‘New Kids on the Block’ who had muscled into the scene during the decade MacDonald was in prison.

‘They were trying to get cheeky with me,’ he said. ‘They thought I was an old man. I done something, and they’re connected to “heavy” families… they’re all millionaires now.

‘For a year, I was getting told by everybody “I was dead man walking”, but I just kept saying to everybody, “I’ll be the last man standing”.’

During that year, he was handed seven ‘Osman’ notices, a threat to life warning issued by the British police or authorities to a prospective victim.

If it had detonated, it would have taken out half of the nearest building. The discovery led to the evacuation of residents from 16 nearby houses.

Four days later, MacDonald was ambushed by a group of men.

‘They were amateurs,’ he said. ‘I went flying and the lad said, “come on, you’re supposed to be a gangster”. I think they thought I had something [a weapon] on us, but I never had any weapons because I was thinking, with the bomb, the police were going to be watching me because it was big news at the time up there.

‘Then they all just brought knives out, but it was just round the corner from my mother’s house. I’ve never ran away in my life, I was 47, 48, I could have only run 200 yards [to safety] but I never ran.

‘I started fighting with them but they got me, ironically, in a church gate, and one of them was sitting on my legs while the other was trying to cut my throat, but they did my face.’

MacDonald still bears the scar on his face.

‘It’s called a “Mars Bar” in Glasgow,’ he said of the scar. ‘It was hanging off [my face], and I walked along my mother’s street laughing because they never got my neck.’

MacDonald and the rivals called a truce after he was approached by a member of the gang. ‘It was coming to murder,’ he said. ‘And that was it.’

Two years later, he wrote a book on the events.

‘From then, my life kind of went normal,’ he said. ‘I became an ex-criminal, and that was it.

‘I just take everything day-by-day. It would be great to have some money. But it’s not the be all and end all. I’m glad I’m still alive. I didn’t expect to see 50 or 60. So every day is a bonus.’