In the clip, which was shared on Twitter and quickly went viral, a Golden Retriever from California named Riptide could be seen getting on his back and rotating his legs into the air like the other attendees.

Barely able to contain his laughter, the class instructor bent over the furry visitor, observing his progress, as the gym-goers around them executed the exercise in the video, which was shared by Twitter account Humor and Animals.

On Twitter, some joked the canine was actually better at the work out than the other attendees, while others said he was the perfect gym motivator. 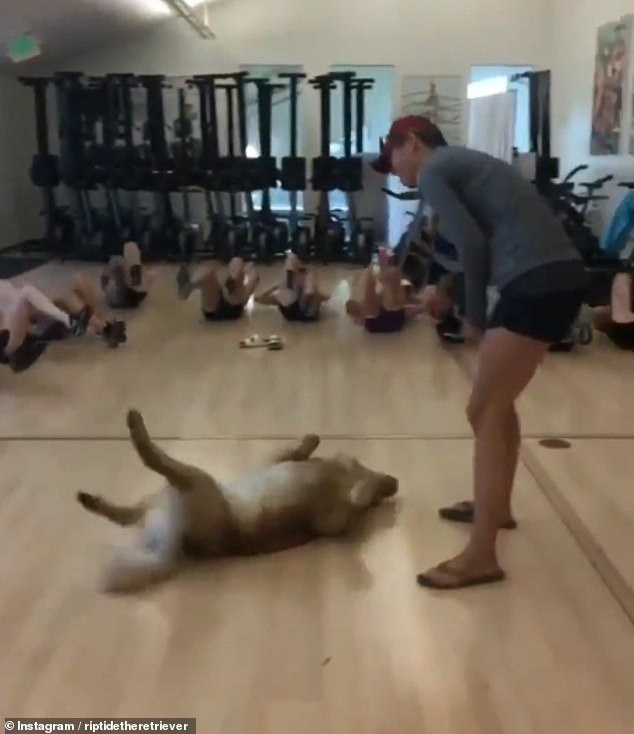 Riptide stole the show during the gym session, happily wagging his tail on the floor as he completed the exercise while the class of about 20 people worked out to the sounds of Beyoncé’s Formation.

He made sure he was center of attention by placing himself right in the middle of the circle.

‘Ladies, you will never do this exercise correctly because you don’t have a fluffy tail,’ one joked. 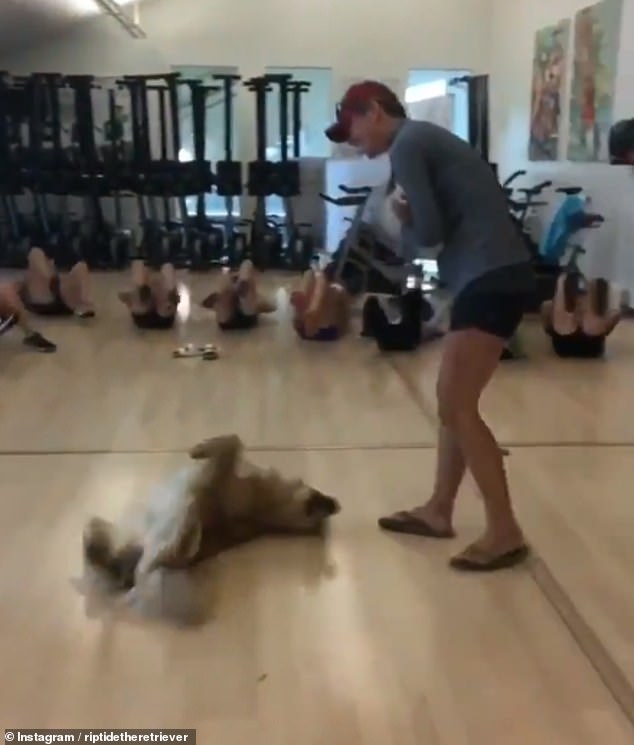 In the short clip, the class’s instructor could not help but smile as the pup got on his back, waging his tail and doing the exercise

‘Now watch the dog everyone – this is how it is done! Except he is also better floor polisher with his tail!

‘Remember some cloths next time ladies and gentleman,’ said another.

‘How much better would workouts be if this was our workout partner?’ one asked a friend. 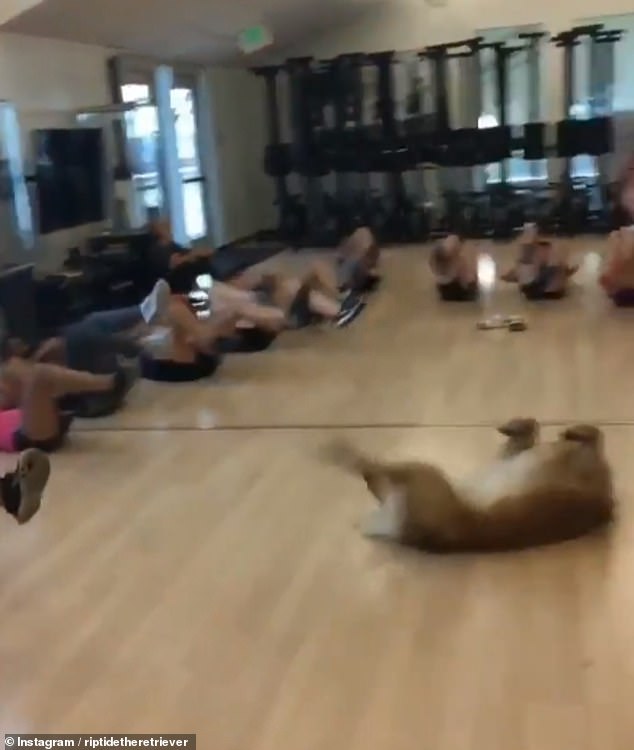 Others pointed out they would definitely hit the gym more if a pup like Riptide was around.

‘I would go just for the puppy,’ one said, while another said they would show up for class ‘every time’.

‘I need a dog like that! Help me to get motivated,’ another said. 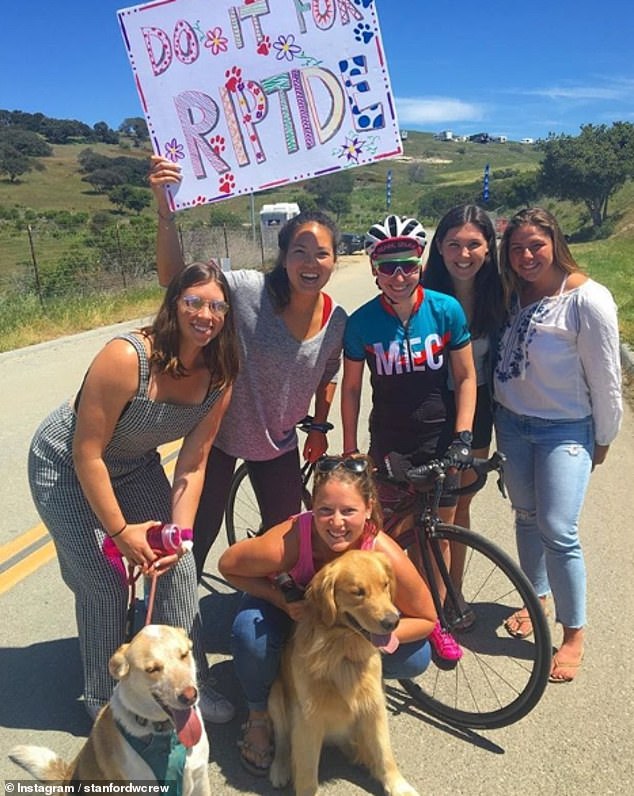 Riptide is actually the unofficial mascot of Stanford University’s Women Rowing team, and supports them during competitions 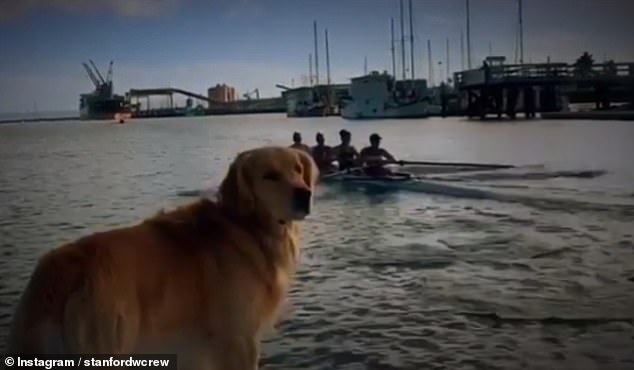 The team sometime take Riptide on their training sessions, where he encourages and ‘coaches’ them from another boat

‘Seriously. This the best work out ever,’ one said.

Sports-loving Riptide is not known to skip a workout, because he actually is the unofficial mascot of the Stanford University Women’s rowing team, who sometime take him to the pier to watch their training sessions.

The pooch is the team’s most fervent fan, appearing on the team’s Instagram account, cheering them on during competition and even supporting them through their studies at the prestigious institution.

Riptide is also popular on social media in his own right, gathering more than 15,000 followers on Instagram by relating his everyday life with and without the rowing team.

Want to live on remote Irish island without electricity or hot showers? Get in line