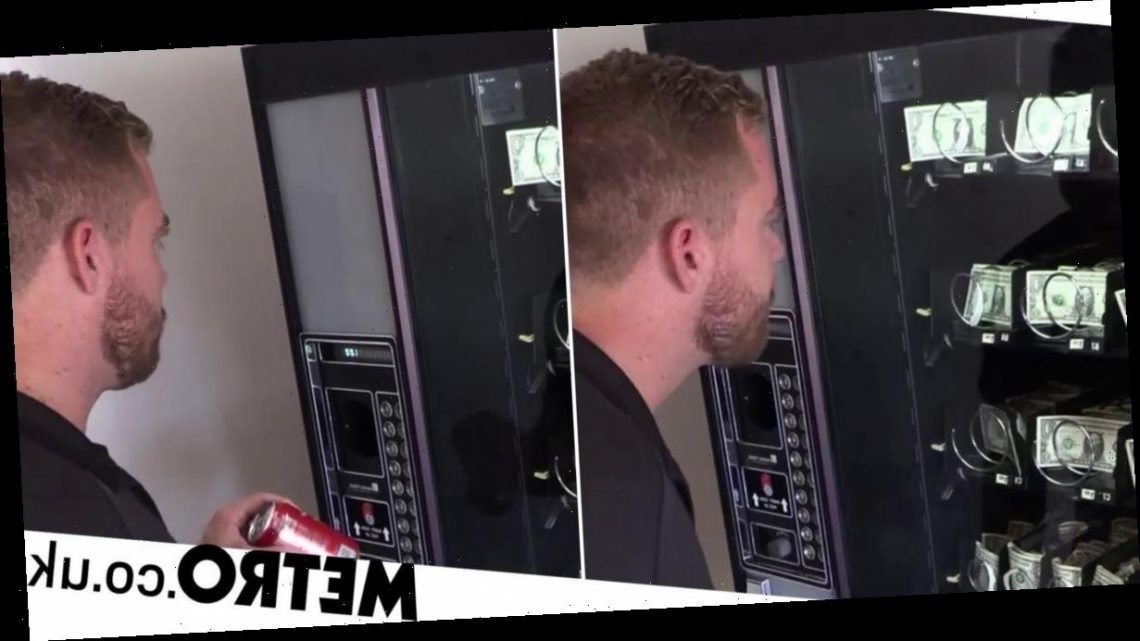 Vending machines are usually pretty simple – you put some change in, you get a packet of crisps, a drink or chocolates.

But one man has come across a contraption which turns the entire concept on its head.

Instagrammer Ross, who goes by Ross Creations, shared a video of himself using the device.

He slots a can of coke into the vending machine and out comes a dollar (73p) (he probably lost money on that, as many drinks are a little pricier than that).

While there are reverse vending machines which take in rubbish items and then pay you for recycling, Ross’s machine only takes in used or unused Coke cans.

So the machine may be ideal for those who want to give up their snacking habits and make a buck in the meantime.

The video, accompanied by a futuristic audio, has been viewed more than 67,000 times.

Many marvelled at the machine, saying it would be perfect for the environment and would encourage people to stop littering.

Vlogger Ross, who often posts videos using technology to entertain his 2.4million YouTube followers and 520k Instagram followers, told Metro.co.uk that he built the machine himself.

He said: ‘We bought a normal vending machine, then rewired the control board and fabricated it to accept cokes. It accepts full and empty cans of Coke.’

His followers left plenty of comments on the post.

‘Omg this is incredible’ wrote one person while another said it was a genius concept.

Some had clever ideas about how to maximise profits with the machine.

Can hairdressers open in lockdown?

Fancy a January clear out? This storage edit is the stuff of organising dreams
Entertainment