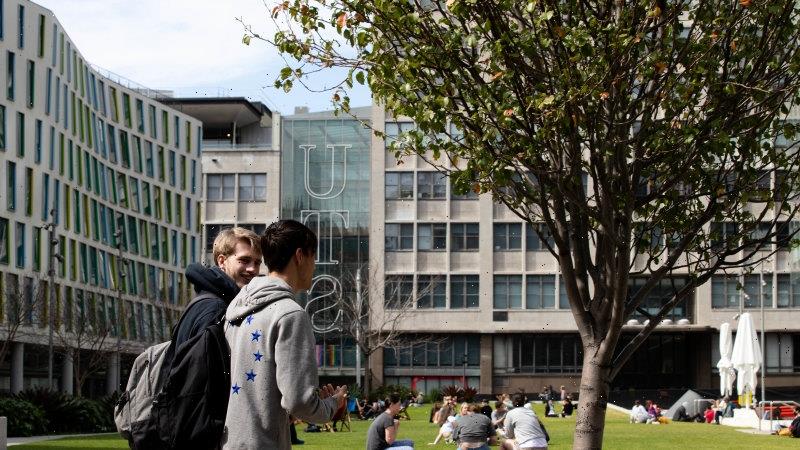 Higher education revenues could decline by a further $5 billion to $6 billion by 2030, forcing universities to shed at least 50 per cent of their non-research staff and even threatening some institutions with closure or merger.

An analysis of Australia’s universities by consultancy EY predicts international student enrolments will never return to the pre-pandemic peak hit in 2019 and that on-campus learning will play a diminishing role in many students’ education, even after curbs on in-person lectures and tutorials are lifted. 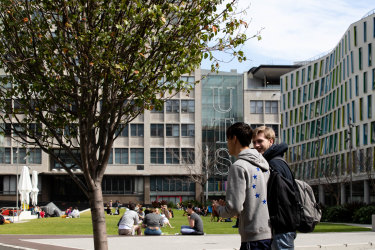 University campuses will play a diminishing role in students’ lives, even after the pandemic, a report predicts.Credit:Janie Barrett

“There is so much financial strain in the sector right now and such uncertainty about ongoing income and revenue streams that it’s reasonable to suspect that there might be university closures or some sort of merger activity in the market,” she said.

The EY report, The Peak of Higher Education, is based on interviews with 32 senior figures in Australian and New Zealand institutions and predicts the Australian university sector will have to abandon its funding model that is based on Commonwealth subsidies and international student revenue.

The model encourages universities to be “homogenous” and compete for students while offering similar things, Ms Friday said. Reduced revenue caused by a loss of international students will force institutions to cut back on courses and specialise in specific fields of learning.

“For some universities it might mean they will reduce the number of broad generalist degrees that they currently offer,” Ms Friday said.

“Everyone trying to do everything is simply unaffordable.”

Victoria University’s Mitchell Institute has predicted the university sector faces cumulative losses of up to $19 billion over three years due to international border closures.

Universities Australia has estimated the sector has lost 17,000 jobs.

“There is going to be a real plateau in the amount of money that universities are receiving from government for students, so there is just less room to grow in that respect,” he said.

But he said it was unlikely any universities would close or merge in the forseeable future.

A report this month detailing a large annual survey of thousands of Australian students showed Victoria’s leading universities were marked down by both domestic and international students on the quality of the educational experience last year.

The Quality Indicators for Learning and Teaching surveys are commissioned by the federal Department of Education, Skills and Employment every year. Nationwide, student satisfaction was at its lowest in at least a decade.

When domestic students were asked to rate the quality of their overall education in August and September last year, during Melbourne’s second and longest lockdown, Melbourne, Monash and RMIT universities suffered the biggest declines in Australia of 25 percentage points, 18 percentage points and 16 percentage points respectively. Unhappiness was even more apparent among international students, who marked the University of Melbourne down by 31 percentage points, Monash by 25 and RMIT by 21.

Quality Indicators for Learning and Teaching director of research and strategy Lisa Bolton said 2020 had been a year of significant disruption in the higher education sector, particularly for international students, with the rapid move to online learning.

“It would appear that some institutions have managed the move to online learning better than others for international students, which seems to be based at least in part on their previous experience in delivering courses online and how much they were affected by various lockdowns in 2020, particularly at the time of the survey,” she said.

Most Viewed in National