Home » Lifestyle » U.S. to start taking in some asylum-seekers required to wait in Mexico under Trump-era border program 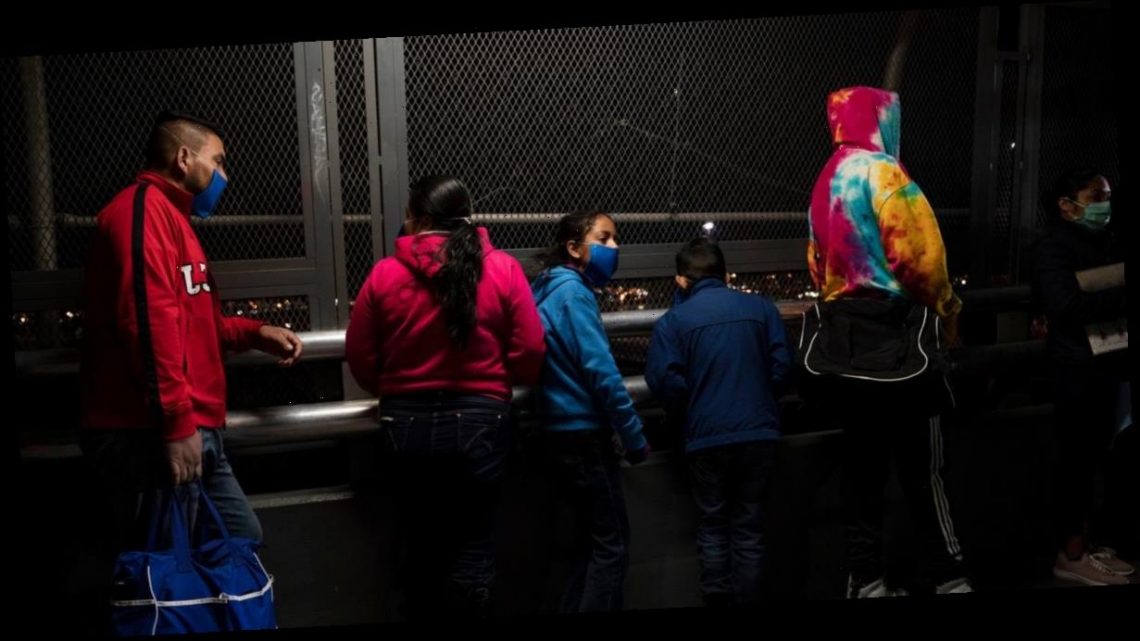 U.S. to start taking in some asylum-seekers required to wait in Mexico under Trump-era border program

The U.S. government is set to start allowing some asylum-seekers who were required to wait in Mexico under a Trump-era border program to enter the U.S. so they can complete their immigration proceedings with family members or other sponsors, the Biden administration announced Friday.

Only migrants with pending active cases under the so-called “Remain-in-Mexico” program will be eligible to be reprocessed by U.S. officials, who are slated to start phase 1 of this initiative next Friday at three ports along the southern border. All eligible asylum-seekers will need to test negative for the coronavirus while in Mexico before being allowed to enter the U.S., Biden administration officials said.

The U.S. government will work with nonprofits to prioritize the processing of eligible migrants who have been stranded in Mexico the longest, as well as those determined to be the most vulnerable, officials said. Those deemed eligible by non-profit groups will be able to sign up for an appointment to enter the U.S. and have access to transportation to the selected ports of entry.

Once in the U.S., these asylum-seekers will not be sent to immigration detention centers, but will instead be allowed to wait for their court hearings in U.S. communities. They will be enrolled in the “alternatives to detention” program, which could require the placement of ankle monitors.

Two of the designated ports of entry are each expected to have the capacity to process roughly 300 migrants per day once they become “fully operational,” one official said. Plans are underway to expand the processing of asylum-seekers to other locations beyond the initial three ports, but officials did not provide a specific timeframe.

“As President Biden has made clear, the U.S. government is committed to rebuilding a safe, orderly, and humane immigration system,” Homeland Security Secretary Alejandro Mayorkas said in a statement. “This latest action is another step in our commitment to reform immigration policies that do not align with our nation’s values.” 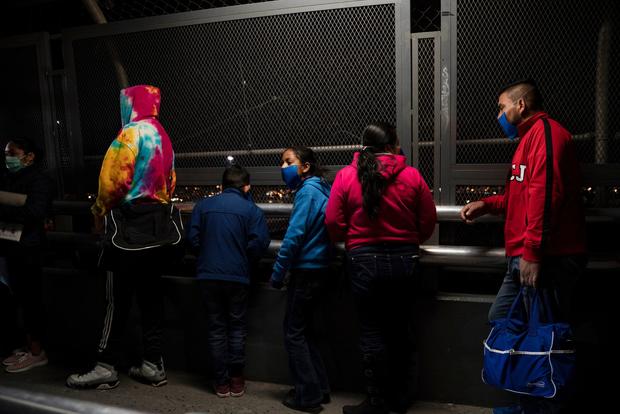 When it instituted the Remain-in-Mexico program in early 2019, the Trump administration said it was necessary to deter U.S.-bound migration. It required more than 70,000 non-Mexican asylum-seekers — most of them Central Americans and Cubans — to wait outside the U.S. for the duration of their immigration court proceedings.

Many were returned to Mexican border towns with high levels of violence and crime, including in the state of Tamaulipas, which carries the same “Do Not Travel” State Department warning as war-torn Syria. Some waited for their U.S. court appointments in squalid makeshift migrant encampments, while others gave up on their cases and returned to their home countries.

According to government data compiled by researchers at Syracuse University, only 641 migrants enrolled in the Remain-in-Mexico program were granted asylum or other forms of U.S. refuge. More than 30,000 enrollees lost their cases, though the vast majority were ordered deported without appearing in court.

The Biden administration estimated there are approximately 25,000 asylum-seekers in Mexico with pending U.S. cases.

During the campaign, President Biden strongly denounced the Remain-in-Mexico measure, accusing the Trump administration of forcing asylum-seekers to live in “squalor.” During his first day office, his administration stopped placing people in the program.

During a call with reporters, administration officials emphasized that migrants who are not enrolled in the Remain-in-Mexico program should not attempt to enter the U.S. since they won’t be allowed in. One official said those migrants should wait “for further instruction” from the U.S. government, noting that they will have “other opportunities” to make a case for asylum in the future.

In a statement, the Department of Homeland Security said Friday’s announcement “should not be interpreted as an opening for people to migrate irregularly to the United States.”

The Biden administration has retained a Trump-era policy approved by the Centers for Disease Control and Prevention that has allowed U.S. border officials to quickly expel most migrants without allowing them to apply for U.S. sanctuary.

According to recently published government data, the administration has continued to expel most single adult migrants and families under the CDC order. It has not resumed, however, the Trump administration policy of expelling unaccompanied migrant children, who have special protections under U.S. law.

“We’re being very clear that, given the current environment and the lack of processing capacity between ports of entry, travel restrictions will continue for some time,” one administration official said Thursday. “We are urging people not to come to the border at this time, except through this process.”

Sykes Holiday Cottages have family-friendly breaks from £16pp a night, including Cornwall, Wales and Chester
Entertainment