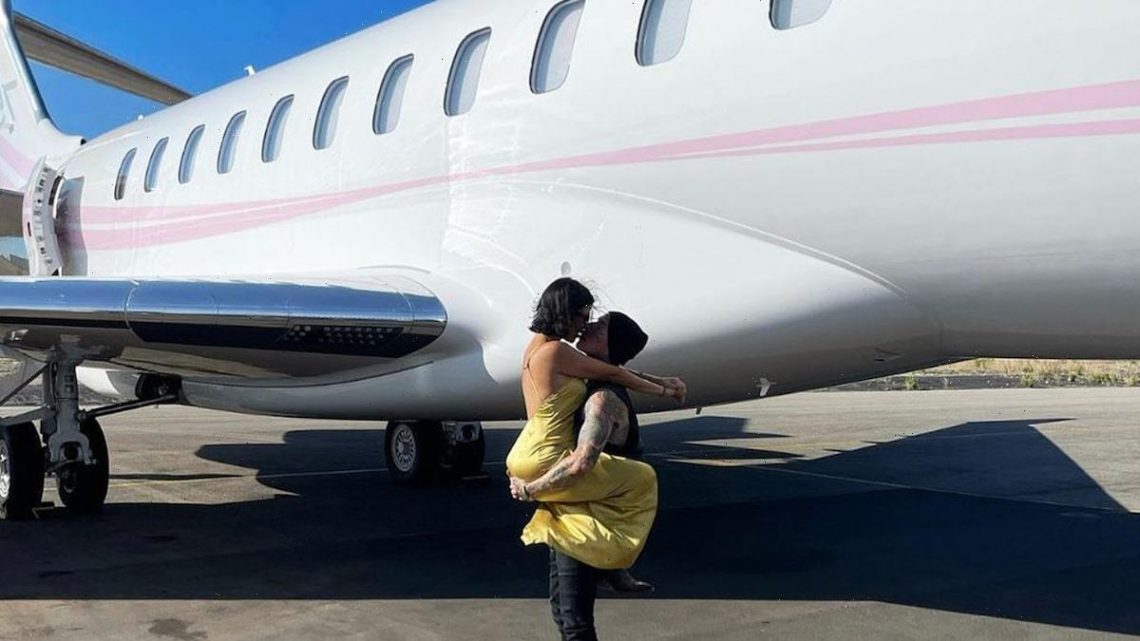 The rock star, who was in a tragic plane crash in 2008, told his girlfriend he would fly anywhere with her as long as he had 24 hours notice.

Travis Barker revealed he has Kourtney Kardashian to thank for getting him to fly again.

“I’m invincible when I’m with her,” the Blink-182 drummer told Nylon in a new interview. “It’s just like I never dreamed, I never even considered flying again.”

Scott Disick and Amelia Hamlin Split After Nearly a Year Together

Travis survived a deadly plane crash in 2008 that killed four passengers, including Travis’ security guard and his assistant. He was left critically injured with third degree burns covering 65% of his body and spent four months in burn centers. He said the tragedy took such a toll on his mental health at the time, he contemplated ending his life, per CNN.

But in August, Travis took his first plane trip since the crash, as he spent a romantic getaway in Mexico with his girlfriend Kourtney.

He went on to say the experience of flying again is still “very new” but having Kourtney around gives him the strength to “overcome things that were so traumatic in my life.”

And the pair’s jet-setting didn’t stop at Mexico, as they were recently spotted in Venice and Paris, capturing their fun-filled holidays on Instagram.

“Forever isn’t long enough,” Travis wrote alongside snaps of the him kissing Kourtney in front of the Eiffel Tower.