Home » Lifestyle » TOM UTLEY: I thought our four sons would break the bank – until Minnie

TOM UTLEY: I thought our four sons would break the bank – until Minnie

TOM UTLEY: I thought our four sons would break the bank – until we got Minnie, the four-legged light of our lives

At the start of the lockdown in Bogota, Colombia, where the rules were much stricter than in Britain, our youngest son was stopped in the park by a policeman, who demanded to know: ‘Where’s your dog?’ He replied that he didn’t have one.

‘Then go home and stay there,’ said the officer, who explained that only dog- walkers were allowed in the park. Everyone else had to stay at home, except to buy essentials.

Well, our young Harry, who was in Bogota teaching English under the auspices of the British Council, didn’t much fancy the idea of spending what was left of his Colombian adventure cooped up inside with his flat-mates.

So he hit upon a solution. He would find a neighbour with a dog and volunteer to walk it every day. Either that or, in the last resort, he’d have to acquire a four-legged friend of his own. 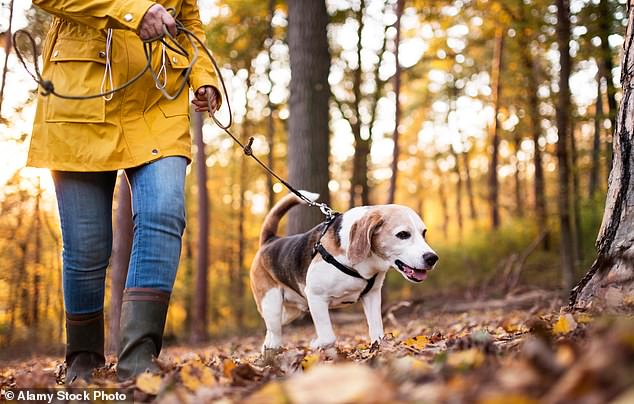 Just one problem: the entire population of Bogota appeared to have had the same idea. Indeed, he found that the dog-owners of the city were deluged with offers to take their exhausted pooches for walks.

As for the idea of adopting his own pet, a moment’s reflection convinced him that this was a non-starter.

For one thing, there was the heart-breaking question of what he would do with the poor brute when the time came for him to return to London. As a dog-lover since his earliest childhood, he couldn’t bear the thought of a forced parting.

There was also the fact, as he quickly discovered, that demand for dogs in Bogota was so high during lockdown that prices had gone through the roof — far beyond the reach of his modest stipend as an English teacher.

And now it seems that the same thing is happening here at home. A study by the Dogs Trust rescue charity, reported in yesterday’s paper, finds that prices for popular breeds have risen by up to 90 per cent since the Government brought the shutters down on our social lives on March 23.

Meanwhile, Google searches for ‘find a puppy’ have shot up by no less than 166 per cent.

In short, other businesses may be struggling to survive in these extraordinary times. But if this study is to be believed, the market for puppies is enjoying a record boom.

So much so, warns the Dogs Trust, that pet smugglers have been doing a roaring trade during lockdown, despite the rigid restrictions on international movement.

At the UK border, this one charity alone has intercepted 43 puppies, illegally imported from Central and Eastern Europe, with a street value estimated at £80,000. It has also rescued 12 heavily pregnant bitches, which among them have produced 56 puppies, worth some £100,000 to the dog-runners.

As for the reason why demand has been so high, we can’t put it all down to the Government’s restrictions on our freedom. Even before our lockdown was relaxed last month, we in Britain were graciously permitted our daily exercise in the park, with or without a canine companion.

But it’s surely fair to guess that many have been drawn to dog-ownership as a means of relieving the loneliness of isolation at home. 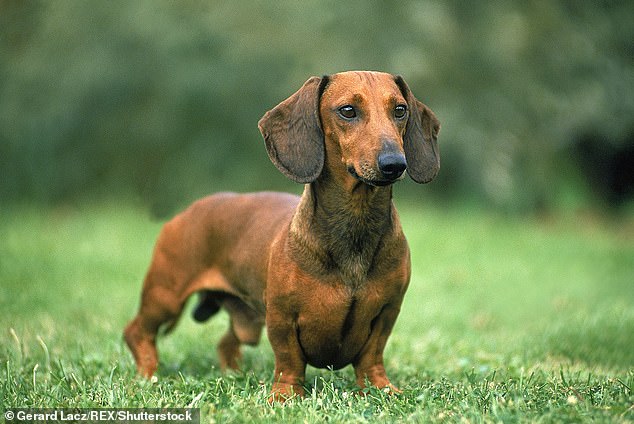 I thank my lucky stars that we took delivery of our rescue puppy, Minnie – a tiny, five-month-old homeless mongrel: part Jack Russell, part Dachshund, with almost certainly a dash of something else in the mix –  a full year before the present boom began

Meanwhile, the price surge must also have something to do with the recent (and long-overdue) crackdown on British puppy farms — at too many of which, breeding bitches were exploited to the point of cruelty.

But whatever the explanation, I thank my lucky stars that we took delivery of our rescue puppy, Minnie, a full year before the present boom began.

At the time, I reckoned the fee charged by Battersea Dogs and Cats Home — £185, if I remember rightly — was decidedly steep for a tiny, five-month-old homeless mongrel: part Jack Russell, part Dachshund, with almost certainly a dash of something else in the mix.

But I now realise how reasonable it was — particularly since the fee included a full veterinary and behavioural assessment, microchipping, vaccinations, a collar, an ID tag and a lead.

Enough to say that, besotted with the little dog as I’ve become (and I flatter myself that she fully reciprocates my feelings), I now see that she was the bargain of the decade, worth her weight in gold.

Indeed, she’s been a source of constant amusement and affection during the lockdown, keeping us both busy with her ceaseless demands for walks, and her tireless enthusiasm for chasing (and losing) tennis balls and tearing the stuffing out of her squeaky toys. That’s not to mention her hilarious run-arounds with the neighbours’ beautiful Bengal cat, which towers over her and wins all their disputes about territorial rights to our garden.

But a word of warning to those now wondering whether to join my family among the 26 per cent of British households who own a dog.

Never mind those extortionate sums now being demanded for the privilege of giving a home to a furry friend. Believe me, the purchase price is only the beginning of the expense. Even where a bargain-basement mongrel is concerned, you’ll quickly find the bills mounting up.

Take Minnie, a veritable Houdini of her species who, during her early months with us, kept escaping through the tiniest gaps in the crumbling wooden fence that ran down the left-hand side of our garden.

Every time I succeeded in blocking one escape route, she would find another. After weeks of this, we decided we could no longer spend our lives traipsing shame-faced round to the neighbours to retrieve her.

So I paid for the whole fence to be replaced with a spanking new, Minnie-proof structure. There was no change from £1,000. Yet, no sooner had I coughed up for this than she mastered the art of scaling the chicken-wire fence on the other side of the garden, scrambling up and over like an SAS man on an army assault course.

I couldn’t very well ask our neighbours to finance new fortifications — although, strictly speaking, the fence on that side of the garden is their responsibility. So bang went another few hundred quid.

But still the expense of dog-ownership keeps mounting. A picky eater, Minnie turns her nose up at anything but the priciest brands of dog food. As for her other needs, I dread to think how much I’ve spent on dog-walkers, on those days when Harry was in Colombia and Mrs U and I were both at work. 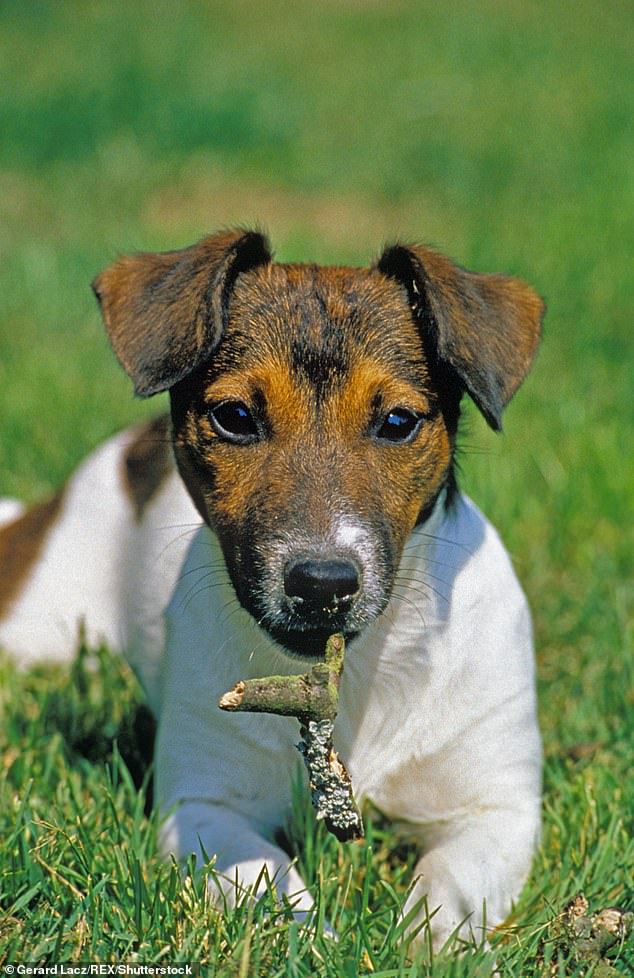 A word of warning to those now wondering whether to join my family among the 26 per cent of British households who own a dog. Never mind those extortionate sums now… the purchase price is only the beginning of the expense

Then there are the baskets and comfort blankets, the anti-barking collars, the harnesses (three, so far, after she chewed through the clasps), pet insurance premiums, training leads and squeaky toys, which last her only a few hours before she eviscerates them.

And now Minnie has devised a new way of breaking the Utley bank. A few weeks ago, she started scratching herself compulsively and biting her fur so hard that she developed bald patches on her back.

So I took her to the vet, who declared that she had some sort of allergy. I was given anti-itching pills, a cone to put round Minnie’s neck to stop her scratching, a tube of steroid cream, with plastic gloves to wear when applying it, canine eye drops, a course of antibiotics, a large can of flea spray for our carpets and furniture, worming pills … and a bill for £204.86.

A fortnight later, Minnie began scratching herself again. So back to the vet we went, to be told that she would need blood tests to establish the nature of her allergy. Though these might well be inconclusive, they would cost ‘roughly £600’. With great trepidation, I await a verdict on whether this will be covered by her insurance. But if I know insurance companies, the answer will be ‘No’.

Let would-be owners beware. Before we acquired this four-legged light of our lives, I reckoned our four sons were the most expensive investment I’d ever make. Minnie seems determined to prove me wrong.