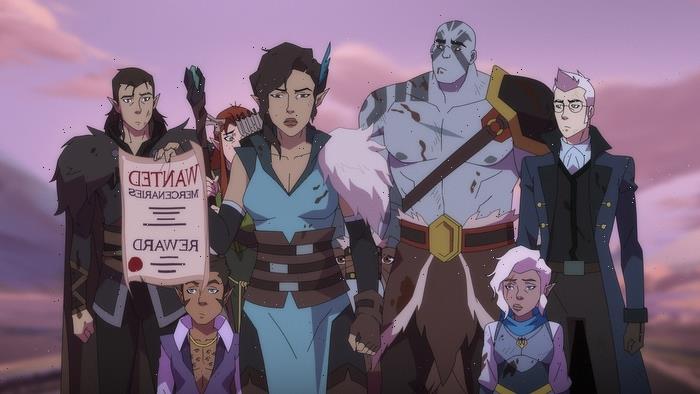 The Animation Guild announced this week that it has organized 113 workers at the Titmouse office in New York, marking the first time the guild has branched outside of Los Angeles in its 70-year history.

More than 90% of the affected workers signed union cards, and Titmouse agreed to voluntarily recognize the guild, which is also known as IATSE Local 839, as their bargaining representative. The workers say they are hoping to narrow the pay gap between animation workers in New York and those in Los Angeles.

“We work more hours for less pay,” said Chrissy Fellmeth, a storyboard artist in the studio’s New York office and a member of the organizing committee. “The cost of living is just as high, if not higher, and it’s extremely difficult for New Yorkers to afford families or homes… I think everybody in the community has been fed up for a really long time.”

Titmouse employs about 700 workers in Los Angeles, Vancouver and New York, and produces shows such as “The Legend of Vox Machina” and “Harriet the Spy.” The Los Angeles and Vancouver workers are already unionized.

Chris Prynoski, the founder and president of the company, issued a statement congratulating the New York workers.

“We are proud of the Titmouse artists in NY and support them as we move into the future together!” Prynoski said. “Responsible employment practices are the foundation of our artist-driven studios. Following our voluntary recognition of the unit, we look forward to the opportunity to work with IATSE as we explore the first agreement for our NY-based employees.”

The New York animation community is largely focused on advertising, with relatively little TV work and no features. Workers tend to realize that in order to advance in their careers, they must eventually move to Los Angeles, said Gray Rothey, a production supervisor at Titmouse.

“There’s always this looming cloud of, one day you have to move to L.A.,” Rothey said. “It’s better pay, more reasonable hours, and greater protection… I can count on one hand how many people that I’ve worked with who are over the age of 40.”

As animation expands to other production hubs around the country, including Atlanta and Austin, Rothey said she hopes that workers will be able to unionize there as well.

“A lot of people feel like it’s a privilege to be able to do this job,” she said. “You’re selling your labor like any other. Just because you love your job doesn’t mean you deserve to be paid any less.”

The next step is to negotiate a contract.

Fellmeth said she was particularly hopeful about the impact on young artists coming out of visual arts schools.

“When I first started there wasn’t a lot of work to be had in New York at all. Everybody was really just grateful to have a job in New York,” she said. “I’m really excited for them to graduate into a community that’s going to be far different than what I graduated into in 2006.”

Family-of-24 the Radfords get SMALLER as Millie, 20, moves out with baby Ophelia
Entertainment