These teen siblings have turned 15,000 pounds of food waste into composting movement

Ugo and Emma Angeletti are two teenagers who looked at what the future could hold for them and decided to take action.

Alarmed by the state of the environment, particularly in their home state of Florida, the siblings started a charity to prevent food waste from going into landfills. Their charity, back2earth, has so far collected more than 15,000 pounds of food waste and produced more than 4,000 pounds of compost used to nourish local gardens.

Ugo, 19, and Emma, 18, started the charity after being shocked by the results of a project in Ugo’s high school science class.

“We measured how much trash people made on a weekly basis,” Ugo, now a student at Florida International University, told “Good Morning America.” “People produced lots of trash but the biggest amount of trash produced was food waste.”

“He came home and talked to us about his project, just at the dinner table,” said Emma, who will be a freshman at the University of Florida in the fall. “We all were very shocked by the numbers … and thought we had to do something.” 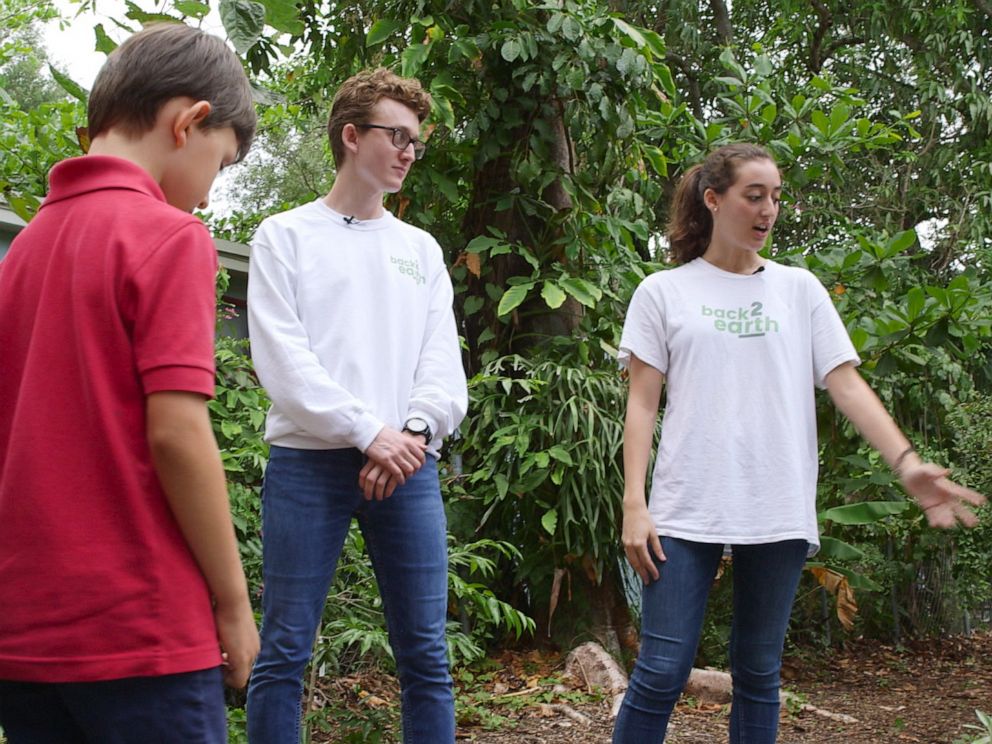 The Miami-based teens were able to start through the generosity of a stranger who donated a plot of land for their first compost station.

Ugo and Emma wanted to make it as easy as possible for people to compost their food waste because the most common excuse they heard was, “It’s too difficult” or “I don’t have time.”

Local residents just have to ask for a back2earth bucket that they can fill up with their food waste throughout the week. On Saturdays, the siblings and a team of volunteers pick up the buckets and drop off a fresh bucket for the next week.

Back2earth also has several compost drop off locations around the Miami area where people can take their buckets themselves. 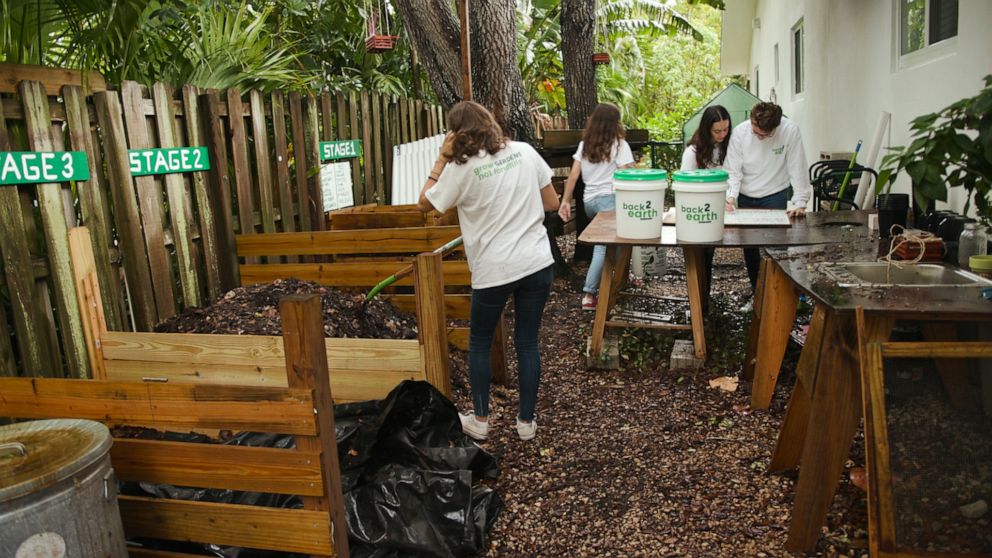 Once the food waste is collected, Ugo, Emma and their volunteers turn it into compost, which can be added to soil to help plants grow.

“Composting is very, very cheap,” said Emma. “You only really need a shovel and some land.”

Composting simply involves combining natural items like leaves, branches and twigs, with the food waste — everything from fruits and vegetables to coffee grounds, tea bags and eggshells — and water. The benefits include reducing the need for chemical fertilizers, enriching soil and reducing methane emissions from landfills, according to the Environmental Protection Agency (EPA).

The EPA estimates that more food reaches landfills and incinerators than any other single material in our everyday trash. In 2015 alone, more than 39 million tons of food waste was generated, with only 5.3% of that amount diverted to composting, according to the EPA.

Ugo and Emma, whose younger sisters also help out with the effort, have made their charity a youth-powered movement. They give presentations to school kids in the Miami area on composting and rely on their fellow youth in the area to operate back2earth. 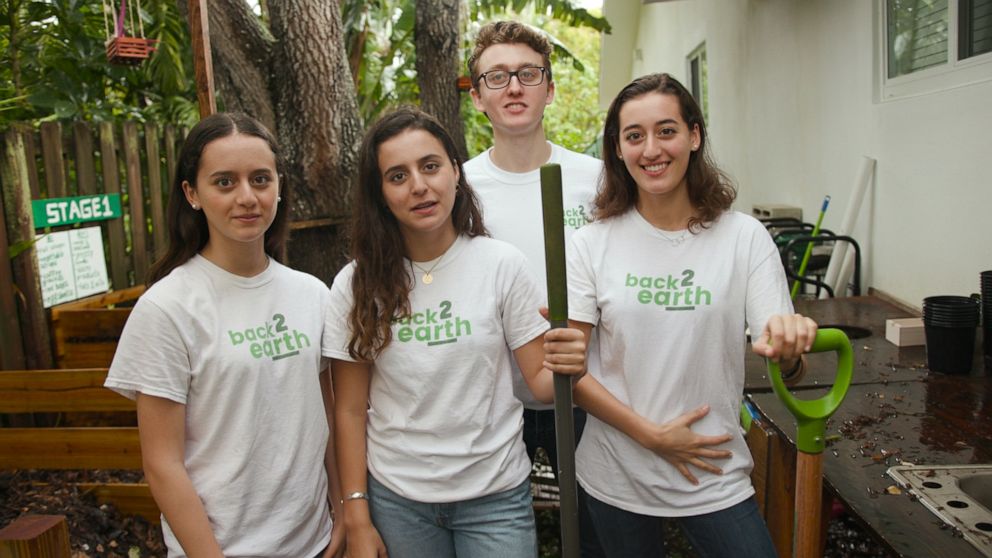 “The project is totally possible through the help of the young Miami community really,” said Ugo.

“As the project started getting bigger, we started to get emails from a lot of people from young people who want to expand it in their city or state,” Emma added. “We realize that young people follow young people, so a young person will follow a movement if another young person inspires them to.”

Ugo and Emma have so far funded their charity through private donations and grants that they researched, applied for and won, on top of running the charity and their school work. This month, they received a major boost in their effort to expand back2earth across the state of Florida.

The siblings were named the winners of General Mills’ annual Feeding Better Futures Scholars Program, which recognizes young people in North America working to improve global food issues. The prize comes with a year of mentoring and a $50,000 check. 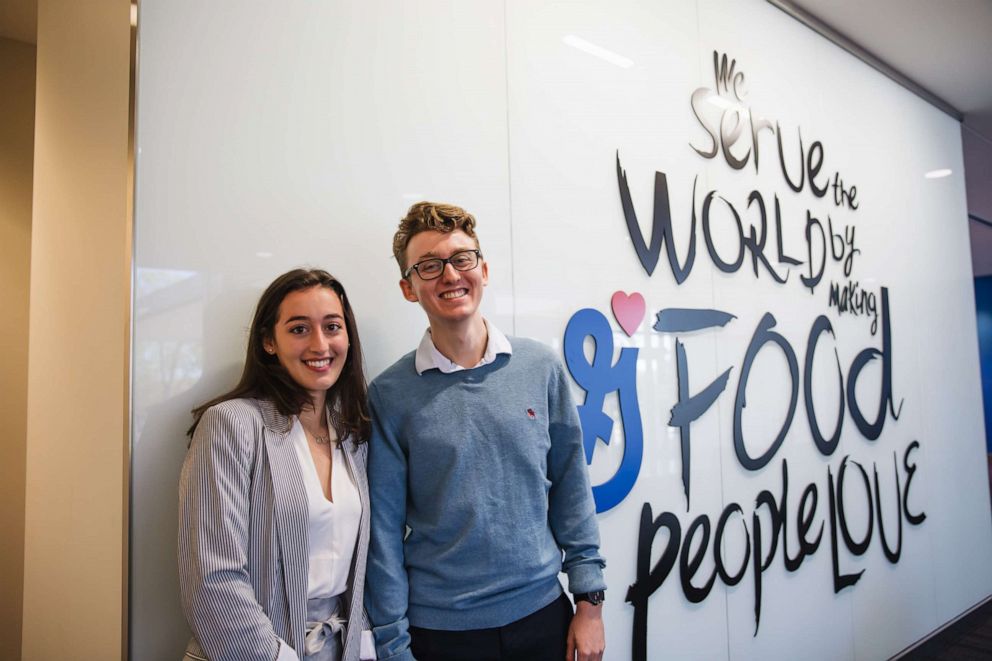 “While all the finalists had their merits, Ugo and Emma rose to the top because their existing work showcased a clear path for growth and impact,” said Mary Jane Melendez, chief sustainability and social impact officer at General Mills and one of the program’s judges. “The judging panel also appreciated the marketability of back2earth and the family’s focus on community education. They’re creating a movement.”

Ugo and Emma say they plan to use part of the $50,000 to “give people all over Florida access to the resources and a chance to compost wherever they are.”

Another portion of the money will go toward expanding the charity’s education program so they can do more school presentations to teach kids about composting and food waste.

“We try to inspire as much as possible and show that it’s not just something that we want or don’t want to do, protecting our environment is something that we have to do,” Emma said. “It’s a mission for everybody that lives on this planet.”