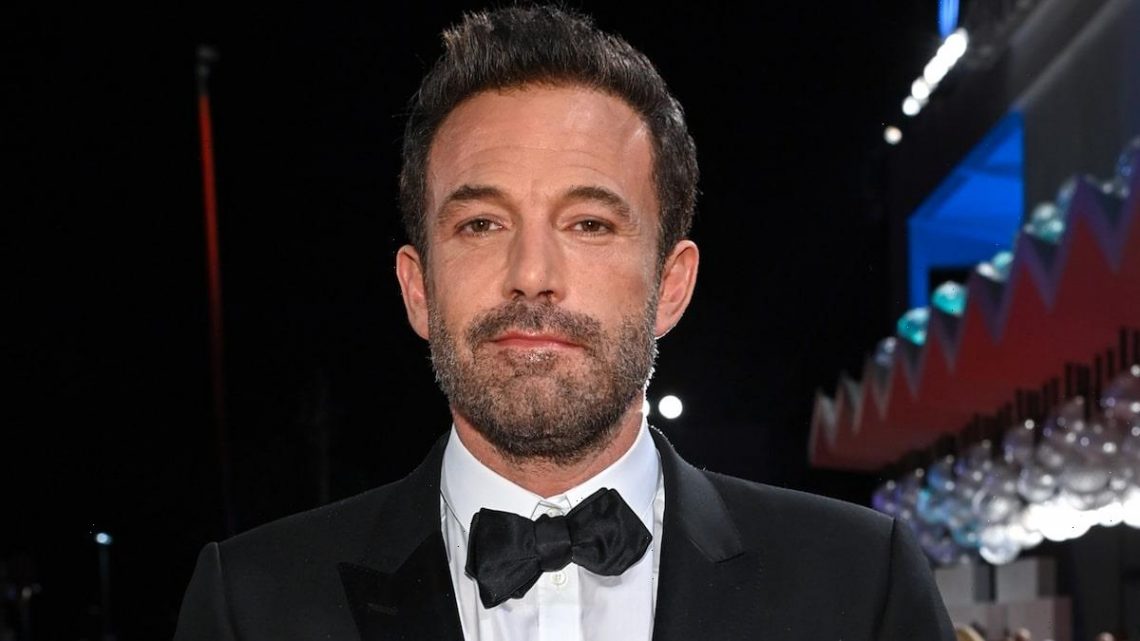 These Actors Admit They Did a Role Just For the Money

"I want you to tell me a 22-year-old is going to turn down a million dollars for two weeks work."

A majority of actors in Hollywood take their career very seriously and selecting their next project often takes a lot of thoughtful consideration. Will it bring them critical acclaim? An Oscar? Their big break? Or how about a million dollars? While many of these stars don’t like to admit it, sometimes it’s all about the paycheck.

Even acclaimed actors like Glenn Close and Harrison Ford admit they’ve taken on roles just for the money. Eddie Murphy even says he signed on for a film he didn’t want to do just because it was a salary he couldn’t refuse. And when millions of dollars are on the line, who could blame them for saying yes?

Find out which stars were in it for the money… 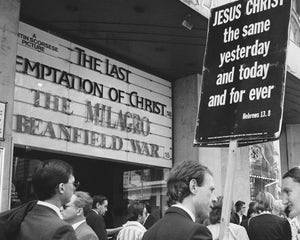 9 Movies That Have Been Banned From Netflix

Glenn Close’s role in “Guardians of the Galaxy” may have been small but it brought in the big bucks. The actress admitted that she took the part in the big-budget film in order to financially support the smaller films she loves to do.

“I’m gonna go off and do the next generation of Marvel Comics/Disney and I get to be the chief police of the galaxy…I’m doing that because it will then afford me to go do the other kind of movies that I really love, and hopefully I will have a great time. It’ll be a new experience for me, but practically speaking it will mean that I can do those smaller movies and it’ll be okay,” she once said.

Michael Caine knows his role in the fourth installment of “Jaws” was a major flop, earning 0% on Rotten Tomatoes, but says he mostly did it for the money. In his memoir, “What’s It All About,” Michael explained that at the time he was short on work and was in the middle of building a new home that had gone way over budget. In order to finish construction and support his family, he accepted the “tremendous fee” they were offering for the role.

“I have never seen the film, but by all accounts it was terrible. However, I have seen the house that it built, and it is terrific,” Michael wrote in the book. 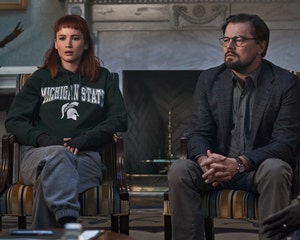 Oscars 2022: Where to Watch All of the 10 Best Picture Nominees

Ben Affleck’s 2003 film “Paycheck” didn’t fare well with audiences so when he was in the middle of a press tour promoting the movie, he had a very honest answer about why he did the film. While appearing on “Conan,” Ben admitted that it all had to do with the money.

“The answer lies in the title,” Ben reportedly responded when asked why he did the film.

Jackie Chan may have appeared in all three “Rush Hour” films but he says he didn’t quite have a purpose in filming them. While he feels that most of his movies have something to say, the ‘Rush Hour” flicks just didn’t mean anything to him.

“I have reasons to do each film, I have something to say. Unlike ‘Rush Hour’ — there was no reason [in making it], you just give me the money and I’m fine. I dislike ‘Rush Hour’ the most, but ironically, it sold really well in the U.S. and Europe,” he told The Hollywood Reporter.

These Awkward Encounters Between Celebrities Are Cringeworthy

Eddie Murphy almost didn’t take on his role in “Best Defense” but the impressive salary convinced him. He explained that he turned down the film multiple times but when the studio offered him a million dollars, he couldn’t refuse.

“Yeah, I turned down the lead role, but Paramount was determined to get me in the movie. They finally came back with an offer of a million dollars for some like a couple weeks’ work. I want you to tell me a 22-year-old is going to turn down a million dollars for two weeks work,” Eddie told Interview Magazine.

Stephen Dillane says he had fun portraying Stannis Baratheon on “Game of Thrones” but he didn’t actually get any “professional and personal satisfaction” out of the role. In fact, the main thing he got out of the role was his paycheck.

“Money is the main thing I got out of it. It’s an odd situation. There is a kind of etiquette around these things. I think it’s extraordinary. I am not dismissing it at all,” he said in an interview with Radio Times. 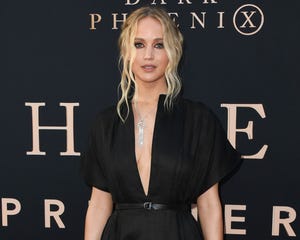 These Actors Took a Major Hiatus From Hollywood

In the late 90s, Billy Bob Thornton reportedly took his role in “Armageddon” in order to financially support himself while going through a divorce. On top of that, his agent said that it would be a good opportunity for Billy Bob to be in a big-budget film to put him “on a bus stop.”

“I got to wear a suit and tie and spout off a bunch of lingo that I didn’t know what it meant, and it was great, you know? The movie did a lot for me so I can never knock that movie…Nobody should ever knock anything you get to do in your entire business because it’s not [like] workin’ in a sawmill,” Billy Bob reportedly said.

Sean Penn says that when he was offered a role in “Carlito’s Way,” he knew he had to accept it because he was in need of money. He had recently spent a lot of time attempting to adapt an 800-page novel and had just welcomed his first child, leaving him in need of a good payday.

“I got a late-night call from Brian De Palma, whom I’d worked with before on Casualties of War. I needed a chunk of change — because I had a kid now and bills to pay — and the part Brian was offering me in ‘Carlito’s Way’ was a good one, plus it was with Al [Pacino], whom I love, so I did that,” Sean told Interview Magazine.

17 Actors Who Didn't Like or Regretted Major Movie & TV Roles

“Star Wars” actor Alec Guinness admittedly regrets his role in the franchise apart from the money he made — which was pretty considerable thanks to his profit-sharing deal with the films. In a letter written to a friend, he complained about the film and his character Obi-Wan Kenobi’s dialogue.

“Apart from the money, I regret having embarked on the film. I like them well enough, but it’s not an acting job, the dialogue — which is lamentable — keeps being changed and only slightly improved, and I find myself old and out of touch with the young,” Alec wrote.

In 2014, Gary Oldman took a leading role in the remake of “RoboCop.” While some fans questioned why the Oscar winner took the role in the superhero flick, he admits he did it just for the paycheck.

“Why am I in this movie? Money. I’m at the mercy of what the industry is making and what comes through my door. But I thought this was an intelligent script and I love José [Padilha]’s point of view,” Gary said at a press junket.

11 Stars Who Refused To Accept Their Academy Award Wins

“Star Wars” may have turned Harrison Ford into one of the biggest movie stars in the world but when it came time to put on Han Solo’s iconic outfit when he returned for the seventh installment in the series, “The Force Awakens,” Harrison wasn’t that emotional about it. In fact, he was just happy he was getting paid.

“No, I got paid,” Harrison said on “The Tonight Show.”

Richard Dreyfuss had officially retired when he accepted a role in “The Poseidon Adventure.” He says the decision was entirely motivated by the money and he thought he should fit in one more film before he didn’t work any longer. It turns out Richard felt differently after the movie premiered as he is still acting to this day.

“Money, simple. I announced my retirement just one number short of winning the Spanish national lottery. I waited until the tenth and then, ‘I’m retired! Oh s—! Ahhhh!'” Richard told CinemaBlend.

These Actors Are All First-Time Nominees at the 2022 Oscars

When Paul Bettany signed on to voice J.A.R.V.I.S. in the “Iron Man” movies, he admitted he didn’t know anything about the Marvel Cinematic Universe. He said that superhero movies were never “his thing” and he was doing it just for the check.

“I feel like a pirate. This is robbery. I walk in, I say some lines on a piece of paper for two hours, and then they give me a bag of money and I leave and I go about my day. I sort of feel guilty, because at least acting can be exhausting, with long hours, but I do nothing! And I’ve never seen one of them,” Paul once said.

Stephanie Beatriz Slams Anti-LGBTQ Legislation at Outfest Fusion Gala: ‘How Can I Not Speak Up?’
Entertainment