Home » Lifestyle » The ups and downs of a legendary publishing house The ups and downs of a legendary publishing house

Toby Faber – grandson of Geoffrey Faber, founder of Faber & Faber – begins his epistolary history of the famous house with a joke: ‘‘If you want to make a small fortune out of publishing, start off with a large one.’’ This book reminds us of the hazardousness of most publishing ventures. Not all of them last forever. They are as subject as any business to war, recession, fashion or inept management – more vulnerable perhaps, books often being regarded as dispensable. 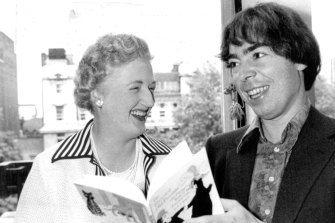 Many careers in publishing are accidental. Geoffrey Faber’s certainly was. A veteran of World War I and a failed brewer, he fell into a job at the Scientific Press in 1924. Its mainstay was a weekly magazine called The Nursing Mirror. A year later the name changed to Faber and Gwyer. In 1929 Faber (a natural gambler, like many publishers) sold The Nursing Mirror for £190,000 in cash and bought out the fractious Maurice Gwyer.

When he looked for a new name, Walter de la Mare advised him that you can’t have too much of a good thing. ‘‘Why not call it Faber and Faber?’’

Faber was a shrewd judge of character from the outset. In 1924 he began courting T. S. Eliot, not because he was a distinguished poet (Faber had not read The Waste Land) but principally because he was a banker at Lloyd’s. When Eliot joined the firm, there was a provision that Faber would publish Eliot’s books, which Virginia and Leonard Woolf had hitherto published at Hogarth Press. (Virginia Woolf never forgave Faber. At her most vituperative, she described him as a ‘‘stuck-up humbug called Faber’’ and went on: ‘‘Lytton [Strachey] had more love in his little finger than that castrated cat in the whole of his mangy stringy partless gutless tailless body.’’)

With Eliot, in the 1930s, came a new generation of English poets: W. H. Auden, Stephen Spender, and Louis MacNeice. Eliot longed to issue Ulysses in England, but explained to James Joyce that the directors would be liable to prosecution if they did so. His blindspots were few, but his rejection of Animal Farm in 1944 was a notable one. About Joyce he was never in doubt. Writing to Geoffrey Faber about Finnegans Wake, he said: ‘‘This book is very likely the last big thing to be done in our time.’’ 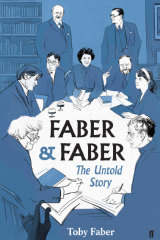 World War II brought immense challenges – paper rationing, conscription of staff, new taxes, Nazi bombs – but Faber’s entrepreneurialism allowed it to take advantage of wartime conditions. After the war, Charles Monteith brought a young man’s ambition and energy. Like all publishers he read the newspapers on Saturday and wrote (or dictated in those days) guardedly fulsome letters to potential authors on Monday. Writing to Ted Hughes, Monteith added: ‘‘I’ve meant to say how much I’ve admired Sylvia’s poems in The London Magazine. Do please congratulate her for me!’’ When he sounded out Samuel Beckett about his memoirs, Beckett wrote back: ‘‘Afraid my memoirs are unlikely. J’ai moins de souvenirs que si j’avais six mois.’’ (I have fewer memories than if I was six months old.)

Sometimes Faber got it wrong. Because Ted Hughes cited an American prize, Ann Faber (Geoffrey’s daughter) assumed he was American. Then Monteith surmised that he was Welsh. Hughes gently corrected him: ‘‘I am perfectly agreeable to being described as English since I come from Yorkshire.’’ Eliot, as ever, was alert to new talent. On being shown Hughes’ manuscript, he encouraged Monteith: ‘‘I’m inclined to think we ought to take this man now.’’ As Toby Faber writes: ‘‘Faber was once again in the market for new young poets.’’

The relationship between Eliot and Geoffrey Faber dominates the book. Eliot’s fame soared when the Swedish Academy awarded him the 1948 Nobel Prize in Literature (addressing the telegram to ‘‘Mrs T. A. Eliot’’). Nothing shook their rapport, not even when Eliot married his long-time Faber secretary, Valerie Fletcher, in 1957, without telling anyone. Next year Geoffrey Faber suffered the stroke that would disable him for the rest of his life.

Gradually we are introduced to new generations of Faber authors: Philip Larkin, Tom Stoppard, Alan Bennett and P. D. James. Mary-Kay Wilmers (now the editor of The London Review of Books) joined Faber as an editor. Matthew Evans and Robert McCrum signed up authors such as Peter Carey, Kazuo Ishiguro and Vikram Seth. A young composer called Andrew Lloyd-Webber came along and made Faber – and Mrs Eliot – a fortune in royalties. 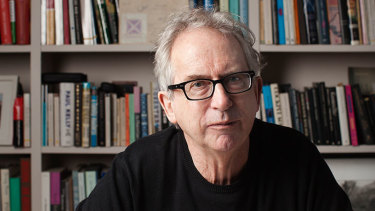 Peter Carey was one of a new generation of writers signed up for publication in Britain by Faber & Faber.Credit:Andrew Kelly

Nowadays, the family owns exactly half of Faber & Faber. Toby Faber, who worked there for some years in the 1990s, has spent two years in the Faber archive, reading letters, memoranda, board minutes and catalogues. The epistolary nature of his 400-page book gives it undeniable immediacy and chattiness, but at times it feels relentless because of the brevity of the quotes and the desultoriness of the narrative.

I kept thinking of Derwent May’s history of The Times Literary Supplement (Critical Times, 2001), an exemplary work of publishing history. There is another book to be written about Faber & Faber. Given its pedigree, its longevity, it doubtless will be.