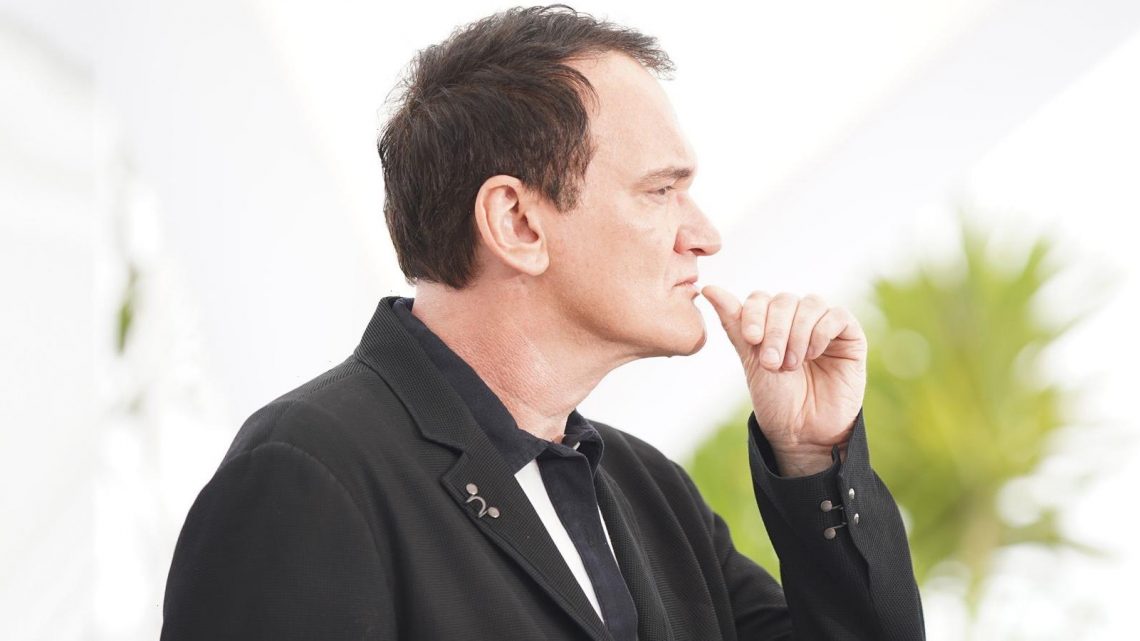 The Unapologetic Rise Of Quentin Tarantino

With his epic writing and direction, Quentin Tarantino leaves a signature mark on the minds and hearts of audiences. Several actors who have become Hollywood classics have given their best performances while working with Tarantino. That, in itself, is the seal of approval required to be of value in the Hollywood industry. However, it is not just film direction that Tarantino excels in. He is also known for his acting and writing skills.

It is not just Alfred Hitchcock and the French New Wave directors who have been the stakeholders in the Auteur movement on the pages of film history. Tarantino has also been a massive contributor to this by being one of a kind. Some of the binding styles that characterize his movies include unruly timescapes, dark humor in scenes of stylized violence, blood and gore, long dialogue sequences, and neo-noir pop culture invocations. It can safely be said that Quentin is a true revolutionary when it comes to filmmaking.

Here is how Quentin Tarantino rose to success in the Hollywood industry, unapologetically.

Quentin Jerome Tarantino was born in Knoxville, Tennessee, on 27th March 1963 to Connie McHugh and Tony Tarantino, an aspiring actor and filmmaker. However, his parents’ marriage began falling apart right before he was born.

Initially, the couple resided in Los Angeles, but the divorce led to his mother moving to Knoxville, which became Quentin’s birthplace. He certainly did possess some degree of influence by being born as the son of an actor and filmmaker. But he was even more inspired by the skills of his stepfather, who was a musician. Thanks to him, he got exposed to different movie screenings in theaters, even if they were not exclusively for adult audiences.

Thus, Tarantino had the opportunity of developing a professional temperament for filmmaking at an early age. Tarantino, along with his mother, moved back to Los Angeles after three years of coming to Knoxville. However, due to a health complication, he was forced to move back to Knoxville. By this time, his mother had divorced his stepfather, and he was sent to live with his grandparents.

Getting Started With His Brilliant Professional Career

Tarantino found his calling for writing and directing films at a young age. When he was in his early teens, he began writing film scripts. He also began partaking in the plays conducted at the community theatre house. Tarantino was one of those legends who was so sure of what lay ahead of him that he had the confidence to drop out of school to pursue his dreams at the age of 15 itself.

On dropping out, he took up the job of being an usher in a movie theatre. He also began grooming himself in the art of acting, and in the process, he met some legends with whom he worked shortly after. Like many other stars, Tarantino too took up an odd job in his struggling years. Only his job was in his field of interest. He became an employee at a movie store. The local Video Archives store invited him to come work at their store since he had an immense amount of knowledge about movies.

The future legend wrote and directed his first movie in the year 1987. He also worked as a production assistant for an exercise video for some time. He made an official entry in the acting business with a role in 1987 as an Elvis impersonator on the sitcom The Golden Girls.

Career As A Hollywood Director

The famous director had his first big break when he landed the job of writing the screenplay for Robert Kurtzman’s From Dusk Till Dawn that got released in 1996. His next achievement was writing screenplays for titles like True Romance and Natural Born Killers. Tarantino has always had a conflicted relationship with True Romance as the script changed considerably after selling its rights in 1993.

However, the money from the script helped him make his first film, Reservoir Dogs, which was his directorial debut in 1992. It also had its screenplay composed by him. The masterpiece got screened at the Sundance Film Festival, and Tarantino’s skill at crafting intense, extended dialogue scenes was stark.

Once Reservoir Dogs got recognition, everybody wanted to work with Tarantino. Out of a horde of options, he chose to work on his script of a future masterpiece – Pulp Fiction. It came out in 1994 and became a box office hit, grossing over $200 million. Lined up ahead, some of his other masterpieces include 1997’s Jackie Brown, 2003’s Kill Bill Vol. 1 and 2004’s Kill Bill Vol. 2 starring Uma Thurman, 2009’s Inglorious Bastards, 2012’s Django Unchained, 2015’s The Hateful Eight, and 2019’s Once Upon a Time in Hollywood. Among these, Django Unchained and Inglorious Bastards remain his highest-grossing productions.

Tarantino is known for acting in the movies he makes. He wrote a small role for himself in Reservoir Dogs and Pulp Fiction. When From Dusk Till Dawn finally got released in 1996, he showcased his skills in another leading role in a super hit movie.

When it comes to filmmaking and producing, Tarantino is not only a master director but also the master of several other trades as well. He takes it upon himself to have the final say in the casting. Moreover, he is also an expert in film programming and cinema owning as he likes to envision the final product before even getting started with it.

It is estimated that Tarantino receives a giant $20 million pay stub before he even starts working on a project. Later, he makes a minimum of $30 to $40 million for every project through other mediums. Thus, it is not surprising that the 58-year-old legendary director has amassed an enormous wealth of about $120 million in his career while giving the world some of the finest masterpieces.

READ NEXT: What’s In His Wallet: How Samuel L. Jackson Built His $250 Million Empire

What Is Kourtney Kardashian Saying With These Bridal Minnie Mouse Ears?