Home » Lifestyle » The Uber Story: How Travis Kalanick And Garrett Camp Made Billions From A Simple Idea 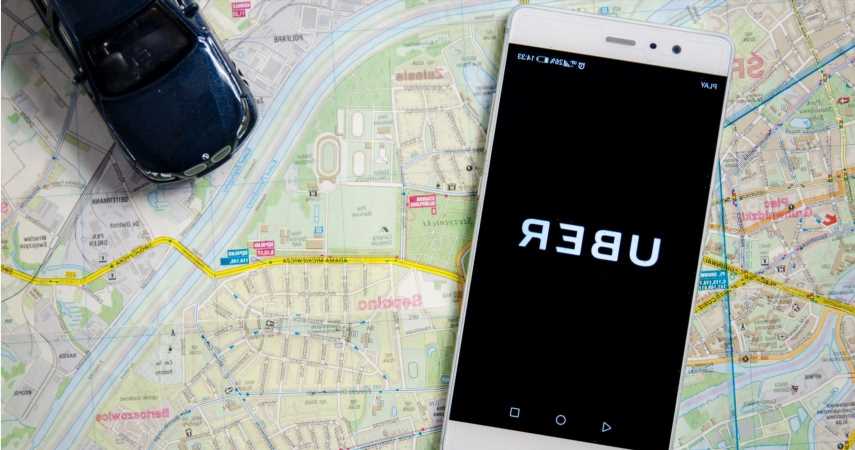 The Uber Story: How Travis Kalanick And Garrett Camp Made Billions From A Simple Idea

Uber’s tremendous expansion and continual controversies end up making it one of the most intriguing firms to arise over the past decade. The international ride-sharing platform, created in 2009, revolutionized contemporary transportation and at one point emerged to become the highest-valued independent startup firm in the world.

10 years after its creation, Uber decided to go public on May 9, 2019. Although this road has been difficult, Uber continues to be an important corporation in the ride-sharing sector. Here is the inspiring Uber story and how two friends made billions from a simple yet innovative idea!

4 Laying The Foundation In Paris

The development of Uber began in 2008 in Paris. Two friends, Travis Kalanick and Garrett Camp attended LeWeb, which is an annual technology conference where innovators meet to plot the future. In 2007, both men sold their co-founded businesses for substantial sums. Kalanick sold Red Swoosh for $19 million to Akamai Technologies, while Camp sold StumbleUpon for $75 million to eBay.

Uber was conceived one winter night during a conference when two individuals were unable to acquire a taxi. Uber was established on a single premise: What if you could order a ride via your smartphone? Initially, the concept was for an app-orderable timeshare limousine service. Following the conclusion of the conference, the entrepreneurs departed. However, upon returning to San Francisco, Camp remained obsessed with the concept and purchased the domain name UberCab.com.

RELATED: How Rachel Zoe Became A Power Lady In Hollywood And Built Her Empire

In 2009, while still serving as CEO of StumbleUpon, Camp began developing a working model for UberCab as a side gig. By that summer, Camp had convinced Travis Kalanick to become UberCab’s primary developer. Three automobiles were used to test the concept in New York City in early 2010, and the official opening took place in May in San Francisco.

Uber has a strategic plan that is straightforward. Uber connects clients seeking rides with cab drivers. While Uber doesn’t even own its own vehicles, Uber drivers use their own vehicles to provide transportation services and pay Uber a fee on each fare. Uber charges its driver-partners a 25% commission on all ride fares. According to a number of reports, however, the fee charged by Uber is greater than 25% due to additional hidden fees.

RELATED: These Are Johnny Depp’s 8 Biggest Brand Endorsements To Date

1 The Breakthrough Innovation And A Bright Future Ahead

Uber is now one of the quickest and most sophisticated modes of transportation, utilizing the same innovation that people take for granted every day. Uber co-founders Travis Kalanick and Camp established a brand-new experience for users and a chance for manufacturers within the last decade, ultimately forever altering the nature of commuting.

With a mobile in your hand and the tap of a button, a trained driver will be on their way to pick you up and take you to your selected location—wherever and whenever you choose. Whether you need to run some errands across the city, board a plane at the airport, go out shopping, undertake your commute to work, or get home after a late night out, an Uber driver will be available to assist you.

Since the company’s founding by Travis Kalanick and Camp, Uber has expanded to six continents, more than 60 countries, and more than 440 cities worldwide. Despite initial reluctance, this enormous firm is today believed to be among the top 100 most powerful firms in the United States, with a net worth of over $42.83 billion.

Uber has become the ideal illustration of a sharing economy and how it can assist consumers to obtain what they desire while also benefiting producers. This development sheds light on how environments like this and sharing are all about supporting one other out so that everyone ultimately benefits.

I’m a gardening expert, there’s a trend which could add £27k to the value of your house and it’s really easy to nail | The Sun
Entertainment