Home » Lifestyle » The truth about oldest, youngest and middle children, according to science 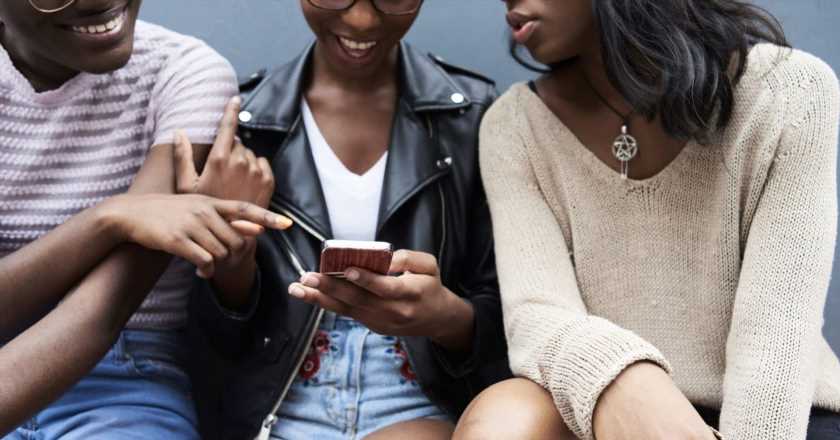 The truth about oldest, youngest and middle children, according to science

Have you ever wondered why the oldest, youngest and middle children are so different from one another? Well according to psychologists, there is a reason behind it – and it’s pretty much guaranteed to stoke the flames of sibling rivalry…

It is a question that has plagued families for centuries: is it better to be the eldest, youngest, or middle child?

Of course, everyone already has their own opinion on the matter – although, admittedly, personal bias often comes into play.

With that in mind, and in a bid to provide you with real scientific answers, we’ve pored over numerous scientific and psychological studies on the very compelling topic of sibling personality traits.

Here’s what we found.

Researchers at the University of Illinois used a sample of 377,000 schoolchildren and found there were differences in personality traits, with the eldest sibling tending to be more extroverted, agreeable and conscientious.

The study also found that firstborn children tend to have a higher IQ than those born later, which sounds like bad news for those born second or third, but it’s only by a point or so – and Dr Rodica Damian, postdoctoral researcher and professor of psychology at the University of Houston, described it as “statistically significant but meaningless”.

That being said, though, another notable study conducted by Feifei Bu at the Institute for Social and Economic Research, University of Essex, came to a similar conclusion.

Indeed, it concluded that the eldest child, especially if female, is statistically more likely to be the most ambitious and well-qualified of their family, as they tend to carry higher aspirations.

Another 2007 survey of 1,582 chief executives, as per Business Insider, saw 43% report that they are the firstborn. And a smaller survey bolstered this research, noting that firstborns are 55% more likely than the rest of the population to be founders of companies or organisations.

And, as if all that wasn’t enough to convince you that eldest children are savvy business leaders, one more study, conducted by YouGov, concluded that as a result of being asked to ‘keep an eye’ on their baby bro or sis (not to mention a teeny bit sidelined by the new arrival), “elder siblings are more likely to feel more organised and able to prioritise their own lives”.

Essentially, then, firstborn children are:

Psychologist Catherine Salmon and journalist Katrin Schumann, whose work tends to focus on the struggle to define ourselves in the context of our circumstances, worked together on their eye-opening book, The Secret Power Of Middle Children.

And, speaking to Psychologies about their research, the pair revealed that many of the enduring myths about middle children – that they’re embittered outsiders who feel neglected by their parents – couldn’t be more wrong.

As Schumann explained: “Although middles are neglected, both by parents and researchers, they actually benefit from this in the long run. They become more independent, think outside the box, feel less pressure to conform, and are more empathetic.

“This gives them great skills as employees and also makes them excellent team players and partners.”

She added that, due to their ranking in the family, middle children are more patient, as well as “savvy, skilful manipulators”.

Jeffrey Kluger, author of the book The Sibling Effect: What the Bonds Among Brothers and Sisters Reveal About Us, agrees with Salmon and Schumann’s findings.

Writing in an article for Time, he noted: “At the heart of nearly all jobs is that kind of relationship management – connecting, negotiating, brokering peace between differing sides.

“Middle siblings may not wind up as the corporate chiefs or the comedians, but whatever they do, they’re likely to do it more collegially and agreeably – and, as a result, more successfully – than other siblings.”

Essentially, then, middle children are:

Researchers at the universities of Reading and Birmingham studied the lives of over 6,300 British men and women who were born in 1970 and raised with siblings in order to find out more about the elusive youngest child.

And, in the process, they discovered that the baby of the family is more likely to take risks when it comes to business – and most likely to become entrepreneurs, reports The Sunday Times.

Why? Well, according to the study, the youngest child has a ‘born to rebel’ mentality that makes them more likely to be “exploratory, unconventional and tolerant of risk”.

And this theory is supported by the work of Dr. Kevin Leman, a psychologist and the author of The Birth Order Book and The First-Born Advantage.

“Firstborns are held to a higher standard. As kids come into the birth order, parents loosen up,” he says, adding that his research has repeatedly found that younger siblings tend to be more sociable and outgoing, but also manipulative.

“They got away with murder as kids and know how to get around people,” he adds.

Then there’s the fact that a YouGov study – which saw researchers speak to 1,783 British adult siblings and asked them to rate their personality traits alongside those of their brothers and sisters – concluded that the baby of the family tends to consider themselves (surprise surprise) more chilled and far more hilarious than their siblings.

“Younger siblings are more likely to say they are more funny (46% compared to 36% of elder siblings), more easy going and more relaxed,” noted researchers, adding that this is usually because they feel more favoured than their parents.

Essentially, then, younger siblings are:

So, which is best?

Well, that truly does depend on how you define ‘best’ – but there’s definitely a lot to mull over, here. Not to mention a great deal of kindling for those interested in stoking up the fires of sibling rivalry once again.