JOHN Lewis and Waitrose's joint Christmas advert is trying to spread the love this year amid the pandemic.

And the message to "give a little love" even goes as far as its website – if you look closely enough. 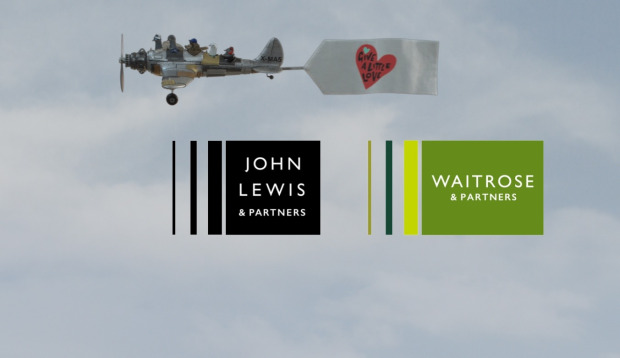 It's only the eagle-eyed shoppers among us who might have spotted this nod to the festive spirit and the theme of this year's advert.

If you haven't seen the John Lewis advert already, there are hearts throughout the animated film, including umbrellas, clouds and heart-shaped balloon crafted from snow.

And it's the same heart motif which adorns the websites of John Lewis and Waitrose – have you spotted it yet?

It's not obvious to all, but take a closer look at the familiar logos and you'll see the letters "O" in John Lewis and Waitrose replaced with a heart.

The heart theme and "give a little love" message was created by John Lewis in recognition of 2020 being a year like no other.

In addition to the heart shape appearing through the two minute film, the song accompanying it is an original one sang by British soul singer Celeste called A Little Love.

In previous years the song – which is a key component of the annual tear-jerker – has been a cover of an existing song.

There is also merchandise you can buy featuring the heart and motto, with all of the profits going to charity, and anyone who downloads the song will see 10p go to charity too.

John Lewis is backing Home-Start and FareShare and hopes to give £4million to them.

FareShare is a food poverty charity which helps fight hunger and food waste across the UK while Home-Start provides support to parents from disadvantaged or vulnerable families.

Find out more about how to donate and the work each of the charities do.

Can you see all nine of the acts of kindness featured in the ad? We've explained them all for you.

And have you spotted the 22 hidden hearts? See if you got them all.

It's not just John Lewis – check out all the new Christmas adverts revealed so far, including Sainsbury's, McDonald's, Aldi and Lidl.