‘The Resident’ bid farewell to Emily VanCamp’s Nic Nevin on October 5. HL spoke EXCLUSIVELY with the show’s EP about Emily’s departure, how Nic was written off, and what’s next for Conrad.

The October 5 episode of The Resident was the show’s most heartbreaking episode yet. Nic Nevin dies after getting into a car accident. She’s brought to Chastain and the doctors explore every option in hopes of saving her. In the end, Nic is deemed brain dead, and Conrad decides to donate her organs.

Ahead of Nic’s farewell, HollywoodLife spoke EXCLUSIVELY with EP/co-showrunner Peter Elkoff about the decision to kill off Nic (and if any other options were discussed), why Emily VanCamp didn’t return for a final episode, and Conrad’s search for what cause Nic’s accident. Read our Q&A below: 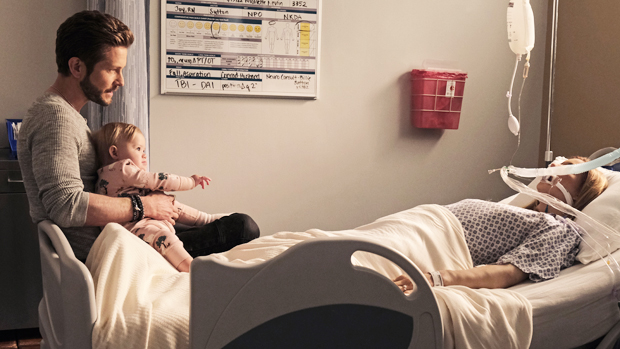 First and foremost, when were you all aware that Emily was not coming back to the show?
Peter Elkoff: It started with uncertainty because she got pregnant last year before the end of season 4. So because we’re all capable of arithmetic, we sort of saw when she would be delivering and it was the opening of the season. We knew that she wasn’t going to be in anything in the beginning because it became clear that her life was taking a new turn. We had lots of conversations about it. We gradually came to understand through our communication that it was the end of the road for The Resident and Emily. We were all sad but totally respected her wishes and her desire to focus on family, so we adjusted our plans.

Was there a discussion about keeping her alive? Or once it became clear she wasn’t coming back, you knew that her character would have to die?
Peter Elkoff: Well, yeah. Because the conversations that we had very quickly when we understood that she wasn’t coming back at all, it wouldn’t make sense from a character standpoint to say that she went to work at another hospital or she moved to Ohio or something. She wouldn’t leave Conrad. She wouldn’t leave her daughter. She’s so connected to Chastain. Why would she go to another hospital? None of it makes sense. I think you don’t have the opportunity to make a real emotional impact on the other characters when they offscreen could go visit Nic. The other thing that we realized too was that if Conrad was a divorced dad who had partial custody of his child, that’s just sad. But if he is a single father, it’s gut-wrenching but also wonderful to watch as he learns how to do this. So on every level, it just felt like there was nothing that argued for the character to be sort of alive in the fake TV world.

Was there a conversation about Emily coming back for a goodbye episode, or because she was pregnant it just didn’t work logistically?
Peter Elkoff: Yeah, it just didn’t work. We felt that this sort of clean break, while difficult for Emily, for the cast, for all of us who so appreciate Emily’s work and what she did to the show, it was still the better way to do it.

Were there set plans with Nic involved before Emily announced she was leaving?
Peter Elkoff: We had a set of plans. There were some things that changed, and then we had to change our plans. We had to do a little tap dancing a couple of times, but it’s not as if what we ended up doing was so dramatically different from the original plan. It was just unexpected things happen in people’s lives, and you’ve got to make adjustments. But they were just adjustments. 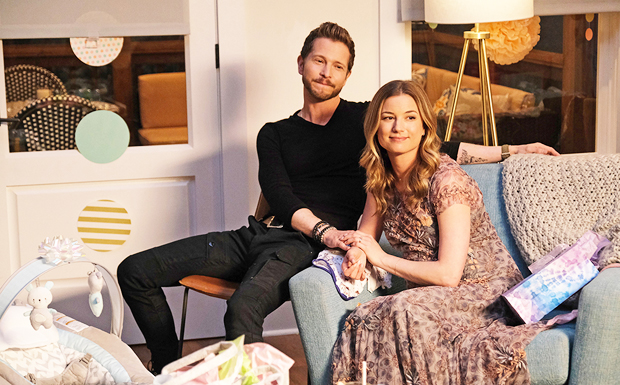 During the episode, Nic gets into a car accident. Conrad is trying to figure what happened and why she crashed. Going forward, is that something Conrad is going to be still searching for answers about, or is that just one of those mysteries when it comes to loss that you just never get?
Peter Elkoff: Yes to both questions. It is one of those mysteries that sometimes, particularly for a character like Conrad, who is a diagnostician. He always gets the answer. He always knows what and why and how. That’s his brilliance. So we thought in the following episode, in episode 504, trying to figure out what happened, how this mysterious accident occurred would be a really interesting thing to do because it’s a diagnosis that doesn’t change anything in life. It’s already done. It’s a really interesting story. We put him in a position to use his gifts in a way that he never has with a result that he doesn’t ever really experience. And that’s I guess what I’ll say. We also use it to put him in a nice, really emotional storyline with Devon who comes to Conrad’s side. It’s kind of a reflection of the episode in season 4 when Devon’s father died in combat, and Conrad’s there for him.

Will there be an answer? Will he get the closure that he needs?
Peter Elkoff: I think there’s an answer. It just might not be the one that people expect or the kind that people expect. But there is an answer, and he gets closure that is a form of acceptance. Again, we tried not to make it feel too conventional. I wanted to tell that story in a way that keeps a little of that idea that life is full of mysteries. Fate is never something that you can sort of mathematically understand.

What is Covid toes? What are the symptoms?
Entertainment