LONDON — Where does the artisan jeweler fit in a cosmos dominated by mass-produced, industrially made designs on one end, and pricey, branded rocks from the likes of Cartier, Boucheron and Tiffany on the other?

What sort of future is there for the master goldsmith who sits at a bench hour after hour, peering through a magnifying glass, making jewelry, and jeweler’s tools, and facing up to the Michelangelo-grade challenges of carving 3-D designs out of hard wax, rather than using a computer?

One of London’s best-known goldsmith jewelers, the 82-year-old David Thomas, has answered some of those questions by continuing to pursue his passion for making, and by passing on decades of know-how to his daughter Jessie Thomas, with whom he works at his shop on the Pimlico Road in Chelsea.

Among those pieces are rings and earrings resembling little beehives or spiky hedgehogs; bracelets with delicate zigzagging wires inset in petal-shaped gold frames, and a gold, garnet and topaz pendant like a glamorous sea urchin.

David Thomas started working at the time when John Donald and Andrew Grima, society jewelers and design pioneers, were shaking up the industry, redefining what jewelry could look like, and creating unconventional pieces for royals including Queen Elizabeth, Princess Margaret, and Queen Elizabeth, the Queen Mother. Grima is the subject of a book published last month, “Andrew Grima: The Father of Modern Jewellery,” (ACC Art Books) by William Grant.

Gold jewelry, David believes, is one of the most difficult crafts. 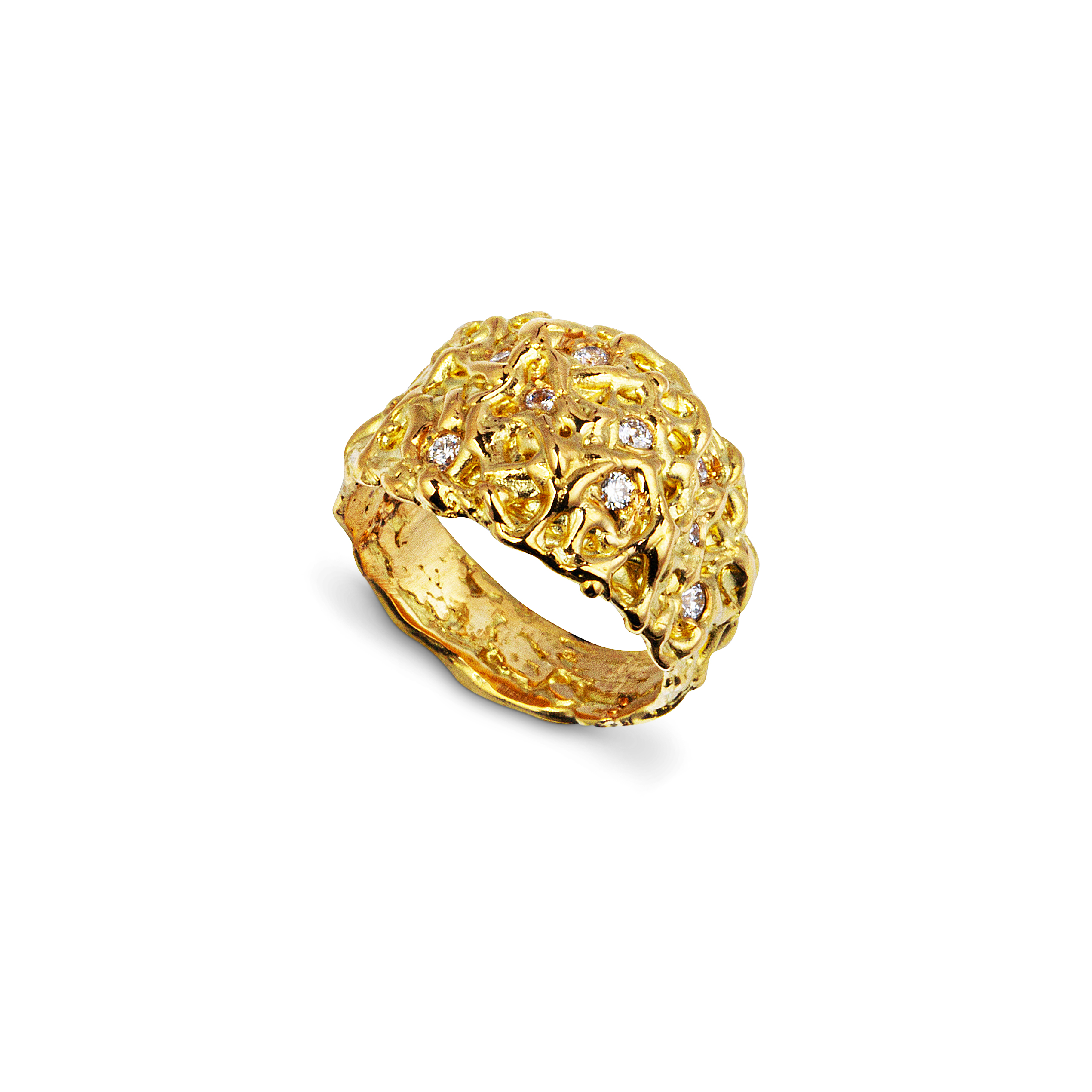 “Furniture, ceramics, glass, you can do quite easily. If glass blowing goes wrong, you just do another one. If jewelry goes wrong, you’ve got problems. It’s got to be very precise, and you have to be very careful — or else it gets very expensive,” he said during an interview alongside Jessie at the Pimlico Road shop.

He’s not taking any chances at the bench. “My magnifying glasses get bigger and bigger,” said David.

He lives above the shop and works from there, too, doing what he’s always done — creating one-off pieces for a cluster of clients. His work only occasionally comes up for auction, a sign of his customers’ loyalty.

“I’ve always thought of jewelry as an art form, and to that extent I’ve always had a workshop and a house in the same place, so I can work whenever I want to. I used to work a lot at night when there’s peace and quiet and the phone doesn’t ring,” he said.

About eight years ago, the master goldsmith talked to Jessie, who is in her early 30s, about joining the business, and when the two decided to work together, he began teaching her his techniques, from carving 3-D designs out of hard wax (rather than do it the easy way, with software); ensuring a sculptural gold setting sits perfectly around the top of a fresh water pearl, and making specialized tools.

Both Thomases said they use only recycled gold, and source their diamonds from a single dealer with full traceability. 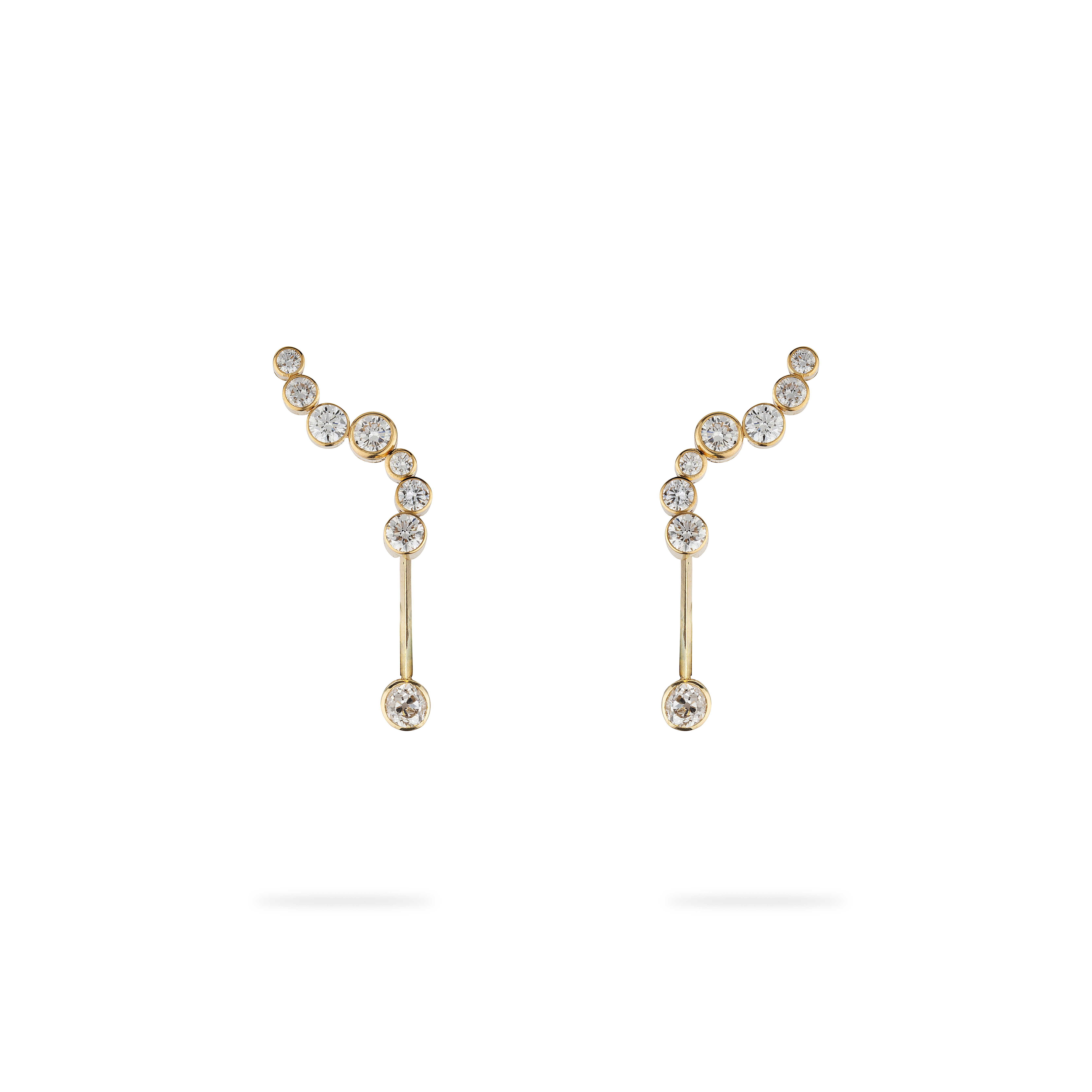 David was adamant that his daughter learn by doing.

“Jewelry is very crafty, you work at the bench, learn how to do it. You have to do an apprenticeship. There are shortcuts now — you can do it on a computer — and you can get a similar effect, but it’s not the same. A lot of jewelry now is made in China and the Far East. They’re good craftspeople, they’ve been trained well, but they rarely have any design concept,” he said.

Jessie, whose workshop is in the building’s basement, is forging her own path. Having studied art and architecture at the University of Edinburgh, she worked in film development before deciding to pursue the family business.

Two years ago she set up her own business, Jessie Thomas Jewellery, designing limited-edition gold, pearl and colored gemstone collections and undertaking commissions for her own clients, who include the sons and daughters of her father’s generation.

She’s developed, or revived, a number of techniques, including making tapered wire hinges that allow her diamond earrings to look as if they’re floating.

Jessie’s laser welder, which she uses to create the sort of fine joints that would be impossible to forge with a flame, has become a good friend.

“Everything from the workshop is from about 1942, but then there’s the laser welder in the corner — it’s so incongruous — but it helps me keep everything very tiny,” she said. 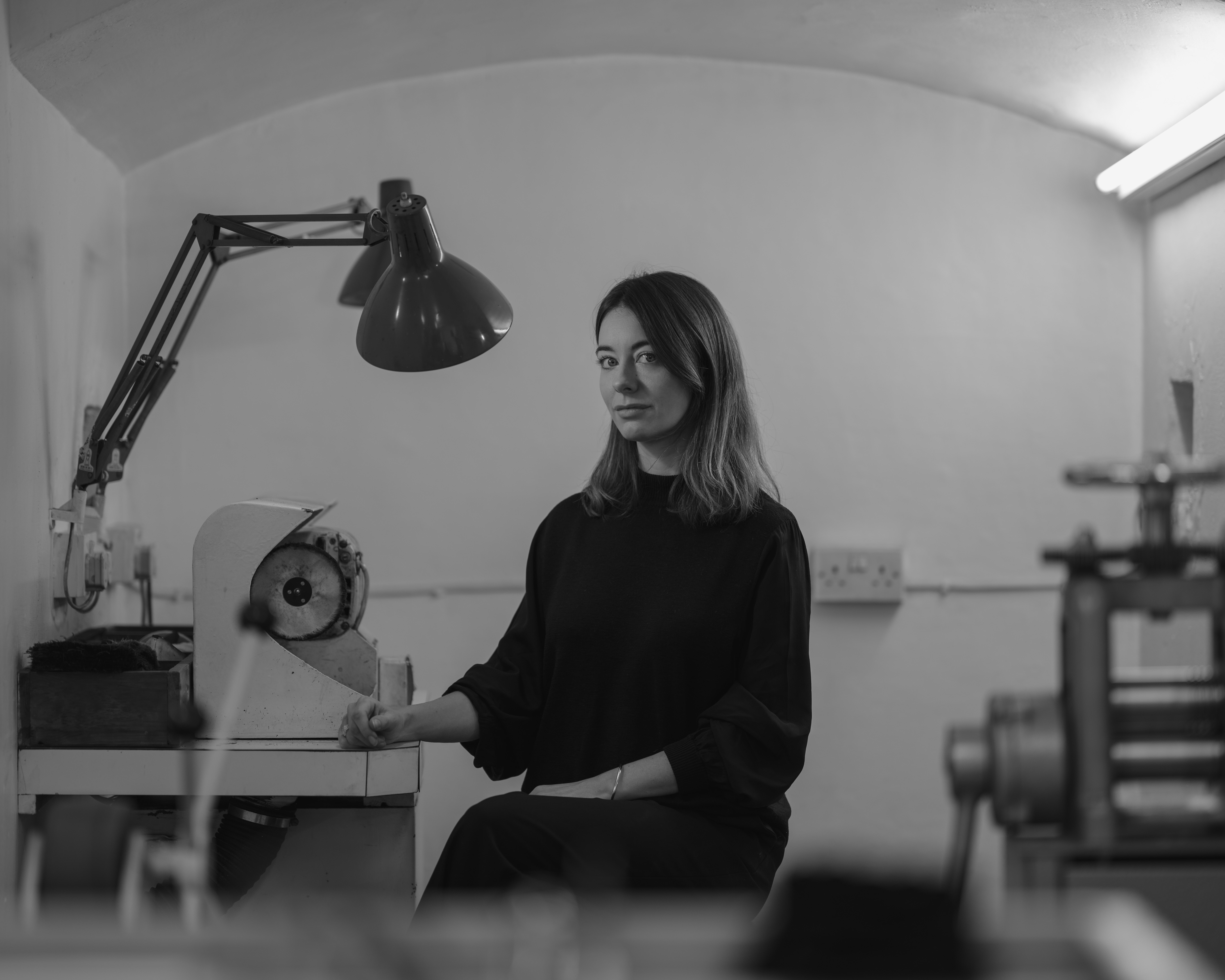 Her style is more streamlined than her father’s, but with similar textured surfaces and sculptural shapes, with gold shapes resembling little clusters of moss, or a thin curl of lemon rind around an asymmetric pearl.

In terms of the trends she’s seeing, Jessie said her clients are asking for big, Eighties-style engagement rings.

“They want big, statement, chunky rings. It’s partly fashion, I think. People are more trend-led than they used to be with engagement rings. And if you’re going bespoke, you can easily get a trend-led engagement ring because you can return to the jeweler in 10 years’ time, and they can reset it.”

In addition to designing, Jessie sells and markets via her web site and Instagram, and sometimes takes commissions on behalf of her father, who doesn’t have a mobile phone. (He said it’s because people know where to find him, in the shop, or at home above the shop).

The laser welder in Jessie’s basement is the workshop’s nod to modern life. “We try to keep slightly up to date, but not a lot,” said David.

Carol Woolton, the jewelry historian, editor, stylist and author of books including “The New Stone Age” and “Fashion for Jewels,” said that David is a rarity as he is one of the few artisans left who is still working out of central London, and described him as a pioneer, “working side-by-side” with the likes of Grima to forge a “dramatic new style of British jewelry.”

She said that Thomas’ and others’ Seventies designs in particular are worth a closer look, given the popularity now of “The Crown,” which covers the years 1979 to 1990 — and for sheer aesthetic pleasure. “Those designs explode with excitement,” said Woolton.

Even David said he noticed that people have begun collecting Seventies jewelry. “The Seventies are in,” he said.

Woolton added that Jessie “has inherited David’s sense of simplicity,” and pointed out that Jessie joins Francesca Grima in following in her artisan fathers’ footsteps. Francesca is a designer and a director at Grima Jewellery Ltd.

“The craft, the goldsmithing, the authenticity doesn’t come quickly. It’s a life’s work,” and these jewelers have passed on what they’ve learned to their daughters, she said.