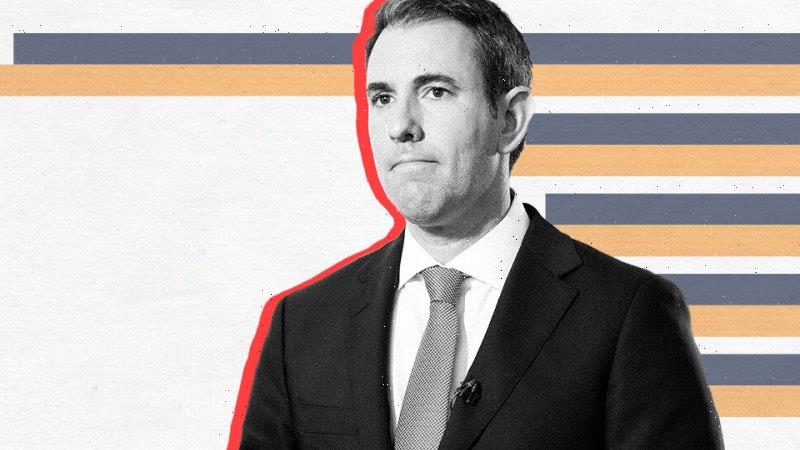 The budget explained in five charts

Seven months have passed since Josh Frydenberg handed down the Coalition’s 2022/23 budget, and since then lingering effects of the COVID-19 pandemic and the continuing war in Ukraine have added to rising costs of living, rising power prices and rising interest rates. 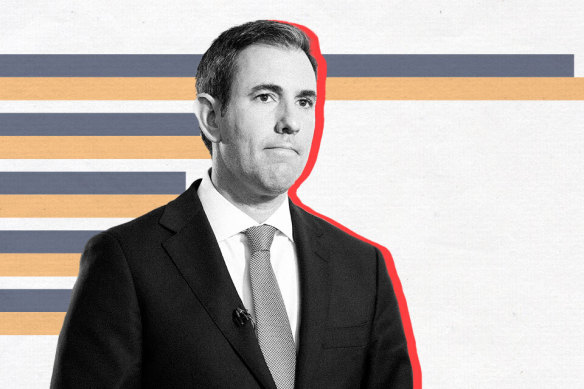 Treasurer Jim Chalmers has had to react to an even more uncertain economic environment, and this is reflected in some of the revised estimates on the state of the economy.

In the five graphs below, you can see some of the key projections and pledges of this year’s two federal budgets side-by-side.

Let’s start by looking at inflation. March’s budget tipped a 4.25 per cent increase in the consumer price index in the six months to June 2022.

This prediction turned out to be a bit optimistic, and when the Australian Bureau of Statistics released these inflation figures, it found that the consumer price index had risen by 6.1 per cent.

The October budget is bracing for a further 5.75 per cent increase in inflation over the 12 months to June next year, but both Frydenberg’s and Chalmers’ budgets expected inflation to die down to 2.5 per cent come 2026.

Wage growth has slowed in recent years, as you can see in the grey line showing the ABS data tracking this indicator over time.

The October budget predicts slightly higher wage growth than the March budget, but with the caveat that it is occurring in a backdrop of higher inflation.

Inflation and wage growth are intertwined, and the forecast for now is that while wages are going up, they are not going up faster than inflation over the coming year. This means real wages are falling.

Chalmers’s budget expects wages will start to outpace inflation around 2024, one year later than March’s budget.

Since the GFC, federal government spending has consistently outstripped revenue, and the country’s net debt has been steadily increasing.

The March budget tipped that this trend was set to continue, with net debt projected to reach $865 billion by 2026. The October budget expects net debt to keep rising, but not as high – to $767 billion by 2026.

But debt has become more expensive over the past seven months, and just like someone on a variable home loan facing the prospect of higher interest-driven repayments, the net interest payments on this debt pile are going to be higher down the track.

The October budget is bracing for $26.5 billion going towards net interest payments in 2026, making up about 1 per cent of the size of the economy by then.

Some of the main sources of federal government revenue are income tax on individuals, company tax, goods and services tax (GST) and excise and customs duties on things like alcohol, tobacco and fuel.

The October budget expects the federal government will bring in more taxation revenue in 2022/23 than the March budget, particularly when it comes to company tax.

The graph below breaks down government spending by function. The October budget includes more spending than the March budget on almost all areas.

There have not been any dramatic shifts or rebalancing of where spending is apportioned, but perhaps this will be something that shows up more in future budgets.

Inside Downing Street: What's in store for the Sunaks