Home » The Biggest Royal Family News: Week Of May 16 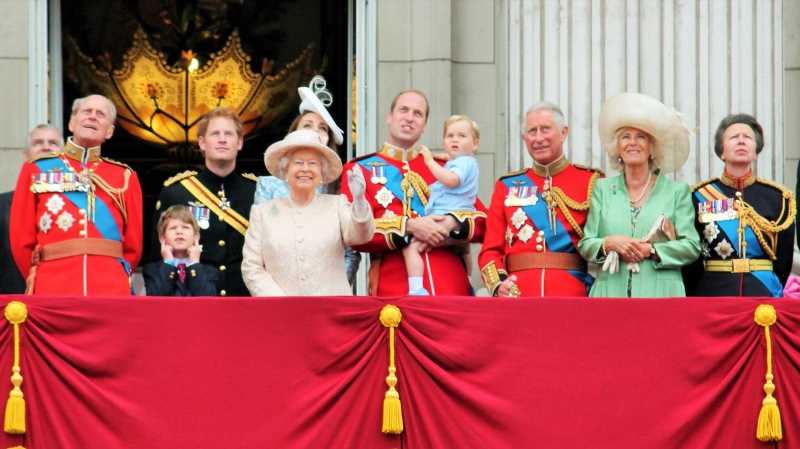 The Biggest Royal Family News: Week Of May 16

It’s been yet another extremely busy week for the British monarchy, and if you’re curious to know exactly what the royal family have been up to in the past seven days, you’ve come to the right place.

Over the past week, Prince Harry managed to spark outrage in the United States following a controversial podcast appearance, and also unveiled his Apple TV+ mental health series “The Me You Can’t See,” alongside co-producer Oprah Winfrey. Elsewhere, Queen Elizabeth II lost a beloved pet, a royal pregnancy was announced, Princess Diana’s brother shared an emotional throwback, and experts shared their views on the recent behaviors of some of the most senior royals.

When it comes to the royal family, news travels fast, and it can be difficult to keep track of the many breaking stories. To ensure you don’t miss out, here’s your recap of the biggest royal family news of the week commencing May 16.

Prince Harry and Meghan Markle sent shockwaves around the world with their many revelations about the royal family during a bombshell tell-all interview with Oprah Winfrey back in March. Now, Prince Harry has opened up further about his life within the British monarchy, comparing life as a senior royal to the Jim Carrey film “The Truman Show.”

Harry made the remarks during an appearance on Dax Shepard’s “Armchair Expert” podcast. However, palace insider and author, Duncan Larcombe, isn’t quite convinced by the duke’s claims of finding happiness in the U.S.

Ten months after tying the knot with her property developer husband, Edoardo Mapelli Mozzi, in a COVID-safe ceremony in Windsor, Princess Beatrice has revealed that she is expecting her first child. The princess confirmed the happy announcement on Twitter and well-wishers, including her grandmother Queen Elizabeth II, have expressed their congratulations.

The newborn is expected to arrive later this year, and news of the pregnancy emerged during another special royal anniversary.

The queen suffered another heartbreaking loss

Her Majesty Queen Elizabeth’s love of dogs has been well documented throughout her reign as the British monarch, and her royal pups were reportedly a great source of comfort during her late husband Prince Philip’s time in hospital earlier this year. Sadly, just weeks after the funeral of her husband, the queen is in mourning yet again over the death of her five-month-old dorgi puppy, which had been a surprise gift from her son Prince Andrew.

Prince Harry’s bombshell interview with Oprah Winfrey shocked the world back in March when he and his wife Meghan Markle made potentially damaging allegations about the British royal family. However, Harry wasn’t quite done spilling details about his life as a senior royal and revealed even more surprising information about the inner workings of the monarchy during an appearance on Dax Shepard’s “Armchair Expert” podcast last week.

However, according to royal expert Katie Nicholl, the royal family were reportedly very unhappy about Prince Harry’s statements during the podcast interview.

Prince Harry — who left his home country of the United Kingdom in favor of California last year — is facing major backlash in the United States after describing the First Amendment as “bonkers.” The duke made the controversial remarks during an appearance on Dax Shepherd’s “Armchair Expert” podcast last week, and following the episode’s debut, the former senior royal has drawn widespread criticism from several high-profile conservative politicians and commentators.

Royal expert speaks out about Prince Harry's impact on the queen

During their bombshell interview with Oprah Winfrey, Prince Harry and Meghan Markle opened up about the harsh treatment they’d endured throughout their short tenure with the royal family. However, during an appearance on the U.K. daytime show “This Morning,” royal commentator Camilla Tominey pointed out the consequences Harry and Meghan’s comments might have on other senior members of the royal family, including Harry’s grandmother Queen Elizabeth II, who is currently mourning the loss of her husband Prince Philip.

In 1995, the BBC aired what was then a head-turning interview with Diana, Princess of Wales, that was conducted by a young reporter named Martin Bashir. Following a recent inquiry, the public service broadcaster has been heavily criticized for the way in which it obtained the interview with Princess Diana, the result of which prompted both Prince William and Prince Harry to comment publicly on the matter.

However, royal expert Kinsey Schofield noticed several differences in the way the brothers responded to the inquiry’s findings.

Following the success of Prince Harry and Meghan Markle’s bombshell CBS interview with Oprah Winfrey in March, Harry later announced he would reunite with Winfrey for a new mental health series “The Me You Can’t See,” which is now available on Apple TV+. During a recent appearance on the “Today” show, Winfrey opened up about the backlash faced by the Duke and Duchess of Sussex over the past few months and shared her thoughts on the pair’s decision to speak out.

Amid explosive media revelations that a BBC journalist had unethically convinced Princess Diana to take part in a tell-all interview back in the mid-’90s, Diana’s brother, Charles Spencer, shared an emotional throwback photograph of the late Princess of Wales on Twitter. The black and white photo in question left emotions running high on social media, and shows Diana as a young girl standing alongside her sibling Charles.

The son of Prince Harry and Meghan Markle, Archie Mountbatten-Windsor, is growing up fast and recently celebrated his second birthday on May 6. Appearing on his brand new Apple TV+ docuseries “The Me You Can’t See” — which he co-produced alongside Oprah Winfrey — the Duke of Sussex revealed some adorable details about two-year-old Archie’s poignant first words, revealing that one of his son’s first spoken words was a rather unconventional one.