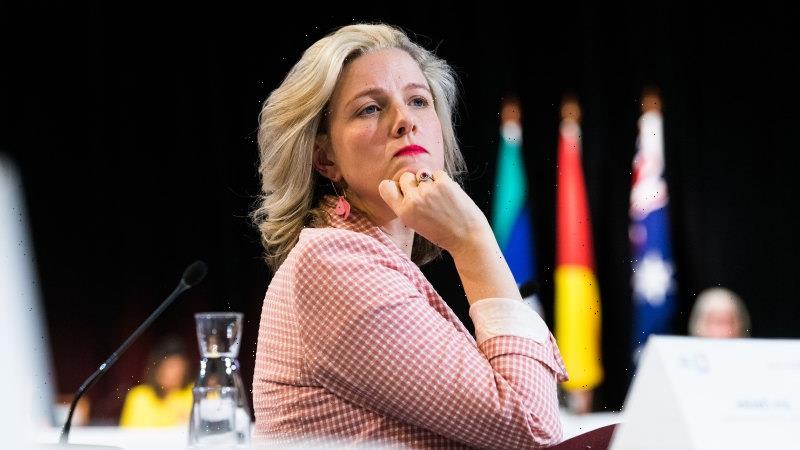 The best of times in modern history may be behind us

Clare O’Neil is responsible for confronting most of the national security threats to Australia beyond the military – espionage, terrorism, foreign interference, cyberwar, criminal syndicates, smuggling of all varieties, and more.

The relatively unknown and unsung Minister for Home Affairs, whose portfolio includes ASIO, the Australian Federal Police and Border Force, has had a few months to study her new portfolio and she has some bad news for Australia: the best of times in modern history may be behind us.

“A lot of the global discussion about what’s happening in the world has a really downbeat feel about it, and it is a bit of a shock to the system for Australians to realise that we’ve just lived through this unprecedented set of decades of prosperity and peace and that there are indications that that’s not likely to continue,” says the straight-talking O’Neil, a member of the Albanese cabinet. 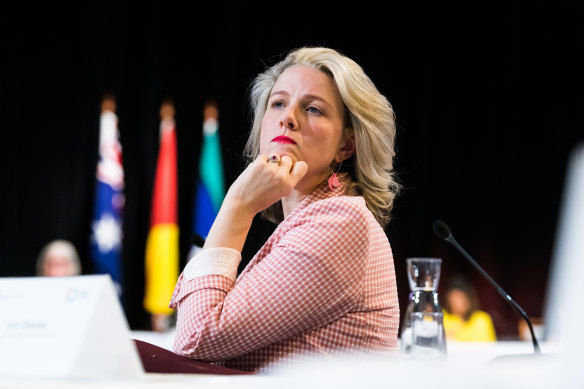 The times that we thought normal and endless turn out to be an aberration. It was a time of easy travel around a world with democracy ever-expanding, incomes inexorably rising and human rights cheerfully improving. No longer. Russia has joined China in a global project to curb human liberty. And American democracy is teetering.

Hostile powers have a superhighway into our societies, otherwise known as the internet: “Conflict is increasingly being played out in cyberspace and attacking supply chains, utilities, healthcare systems,” points out O’Neil in an interview. “All this is coming to us in our homes and hospitals; it’s an essential security issue for the country.”

And a promised playground of web-based fun – so-called social media – has turned out to be a Trojan horse for malign interference. Witness the way Russia used Twitter and Facebook in the 2016 US elections to aggravate anger, sow suspicion and relegate facts. A new Roy Morgan poll shows that 71 per cent of Australians reject the idea that social media “solves more problems than it creates”.

“This is one of the central questions for every liberal democracy: How do we handle social media?” O’Neil poses. “If people are trying to influence our liberal democracies I think we’re entitled to know about it, and we don’t at the moment.”

She doesn’t yet have the answer, she says, “but I am thinking about it a lot”.

However, O’Neil has some good news, too: “I don’t think there’s enough recognition of all the assets that Australia brings to the challenge. Whether it’s the strength of our social bonds, the fact that our parliament works and can do things – not something to be sneezed at in these times. I see a really positive story for us here in Australia – our country is so unified and strong compared to almost any other country in the world and that is a sacred asset for us as Australians, and also in our security and our ability to confront challenges.”

The 42-year-old Melburnian is harsh on the Morrison government for endangering that: “The politicisation of China leading up to the last election was an absolute disgrace and there’s no question in my mind that they were punished at the ballot box for doing that. I’ve got a rich, dynamic, diverse Chinese-Australian community in my electorate” of Hotham in Melbourne’s south-east, one-time seat of former Labor leader Simon Crean. “They have very varied views about how to manage the various global interactions but they all agree it’s crucial and something no one should be politicising. It just matters too much.”

To the list of Australian assets O’Neil adds three more. One is the concealed capacity within the agencies of the federal government itself: “One of the things I’ve really learned in the last three months in the job is the amazing breadth of people here in the Australian government quietly working away on these problems. They are the best in the world at what they do. And they are humble and committed and they are great patriots. Organisations like ASIO that I work with every day. These people are extraordinary. They are getting out of bed and fighting every day for their country.” 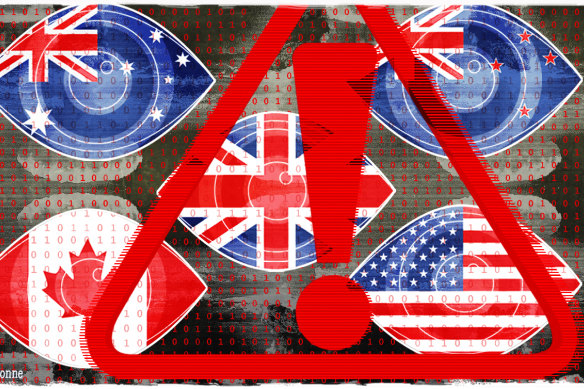 O’Neil on Tuesday is headed to Washington for her first meeting of home affairs ministers from the Five Eyes intelligence-sharing nations.Credit:Dionne Gain

Another on O’Neil’s list of assets: Australia, she says, is the best country in the world to live in, one that many millions want to move to. The immigration system at the moment is “broken”, but it’s “bleedingly obvious” that it is “one of the huge untapped opportunities that we have and we really want to take it”.

As Home Affairs Minister, O’Neil’s portfolio includes immigration, which has its own junior minister, Andrew Giles. They’ve launched a review of the immigration program; its problems are legion.

O’Neil damns Coalition governments for “relentlessly playing politics with the border since Tampa in 2001”, for failing to operate the system as a nation-building exercise:

“We’ve got some really big challenges that we’re confronting and we’ve got this great opportunity to welcome the best and brightest from around the world to help us confront them.” Australia will target top global expertise for addressing climate change, an ageing population, stagnant productivity, and “rising tensions in the region”, she says. “Immigration is not the complete answer to any of those problems but it is part answer to all.”

The final asset O’Neil nominates is the work that the Morrison government did in hardening Australia against cyberattack. She gives full credit to the Coalition for two initiatives – laws to require systems of “national significance”, such as banking and transport, to meet minimum-protection standards, and the $9.9 billion, 10-year Project Redspice to build new cyber capacity to attack enemy networks.

O’Neil on Tuesday is headed to Washington for her first meeting of home affairs ministers from the Five Eyes intelligence-sharing nations, where she hopes to glean ideas for a new Australian cybersecurity strategy. In the meantime: “I’m enormously ambitious for the reform task ahead in how much resilience we can build before these problems start to fall on top of us. We have a lot to be proud of and feel confident about.”

The Opinion newsletter is a weekly wrap of views that will challenge, champion and inform your own. Sign up here.