The anniversary of Sharon Tate’s murder is no ‘beauty inspiration’

On August 8, 1969, four people led by cult leader Charles Manson broke into a Hollywood house and stabbed and tortured the occupants to death. One of those killed was Tate, who was heavily pregnant with her first child, who was also murdered.

Now, in time for the upcoming 50th anniversary, this shocking crime has been parlayed into a "beauty inspiration". 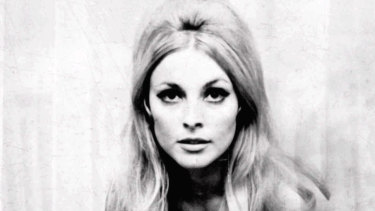 Sharon Tate was murdered in cold blood. This isn’t a beauty inspiration.Credit:AP

Vogue Beauty this week posted a picture on Instagram of English singer, Jorja Smith, with the following caption: “With this summer marking the 50th anniversary of the Manson family murders and the tragic death of Sharon Tate, the catalyst for the ‘60s revival is a surprise to no one. Tap the link in our bio to see how five It girls have modernised vintage looks.”

Apparently, we were meant to ponder the heartless killing of Sharon Tate and her unborn child, then race to fill our wardrobes with miniskirts and platform shoes.

That picture and caption have since been removed, following widespread disgust on social media. However, Tate’s name remains there, publicising the Vogue article.

The backlash is not difficult to understand. The Manson murders may have taken place long before young fashionistas were born, but for Tate’s loved ones the pain of what happened in that house on Cielo Drive will never go away. Also, violence against women is not any kind of fashion inspo.

Tate’s family never recovered. Her father became an alcoholic. Her mother, Doris, battled depression for 10 years until she found new purpose helping victims of crime. Tate’s younger sister, Debra, currently battling breast cancer, spoke out recently about being haunted by her loss and the terrible circumstances of Sharon’s death.

“This is the 50th anniversary but my family and the families of the other victims of any victims of crime have to serve a life sentence,” Debra, now victims' advocate, told a media outlet this year.

Debra describes the countless books and movies about the Manson Family as “Tatesploitation” that glorifies the killers at the expense of the devastated families.

She was understandably upset when Quentin Tarantino announced “tacky” plans to release his movie about the murders, Once Upon a Time in Hollywood, on the anniversary of Tate’s death.
After meeting with Debra, Tarantino agreed to move the release date of the movie and to bring her on as a consultant.

She told a US entertainment website: “To celebrate the killers and the darkest portion of society as being sexy or acceptable in any way, shape or form is just perpetuating the worst of our society."

Patty Kinnersly, CEO of of the Australian anti-violence agency, Our Watch, agrees. “By making light of violence against women in a bid to promote ‘fashion trends’, we are implicitly condoning and explicitly trivialising violent behaviour,” Ms Kinnersly said.

“Sharon Tate’s murder is not something that should be used to sell magazines, she was a person who left behind a grieving family.

“The fact that the insensitive post made it on to Vogue’s Instagram page highlights the need for us to address the broader issue of gender disparity, where we promote and normalise violence against women.”

Unfortunately, both the fashion and entertainment industries have form for turning real life crimes and tragedy into money-spinners.

An online Australian company, Redbubble, was forced to apologise and pull Holocaust-themed clothing and decorative items from its website this year after being contacted by the Auschwitz Museum.

Vice magazine did a crass fashion spread with models dressed up to look like writers who had killed themselves. Think, a young woman dressed as Sylvia Plath, kneeling in front of an oven and another done up to look like Virginia Woolf wading into the river to drown.

According to RMIT marketing lecturer, Lauren Gurrieri, "the tide is turning against this kind of promotion".

"People are increasingly uncomfortable with sexist advertising representations, such as those that promote violence against women. This is reflected in the outpouring of condemnation against Vogue. In addition to the damaging gendered messages such advertising contains, it works against broader efforts to address and condemn violence against women.

"Such representations are not glamorous or edgy, instead they undermine the broader goal of gender equality. This was a huge misstep by Vogue in speaking to its substantial female audience."

Remarkably, even music mogul Quincy Jones once posed in the desert with a shovel and a scantily-clad model lying lifeless in the boot of his car.

You’d think Jones, of all people, would know better. He had been invited to a dinner party at Tate’s house on the night of the murders but “forgot about it”. That memory slip saved his life.