Home » Lifestyle » That aching feeling after finishing a good book? There’s a word for that 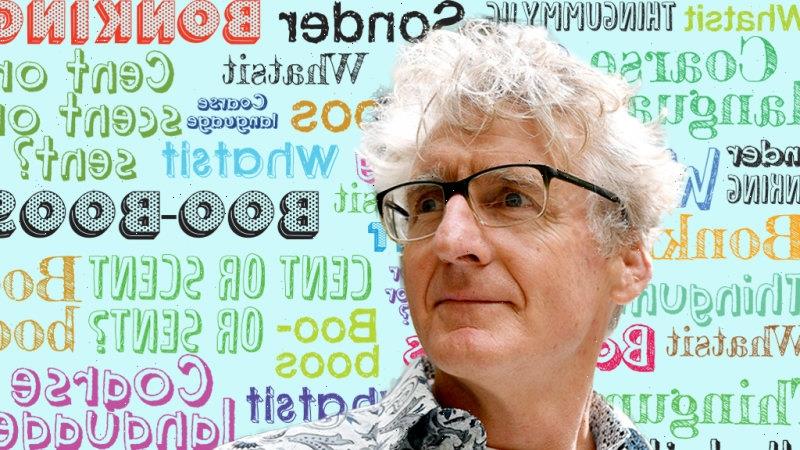 That aching feeling after finishing a good book? There’s a word for that

“There is an emotion that lacks a name,” wrote Ian Eldershaw. I know the feeling, Ian. Like the ache of finishing a good book. Or the gnaw of imagining other lives progressing below your aeroplane window. Or the dread that time is quickening.

Yet, Ian’s quest was for a different emotion: “It’s that deep-felt yearning for the human race to succeed – to create a better world, a beautiful planet, to bring out the better angels in our nature. What’s it called?”

Hope seems the best English can offer. Or optimism? Naivete? But none hit the mark. Same applies to agathism, the belief that all things tend toward good. It’s close, but imprecise, as is aroha, a Maori term embracing love and compassion. While Liam Runnalls (alias LR of the crossword page) dreamt up ute-hopianism. 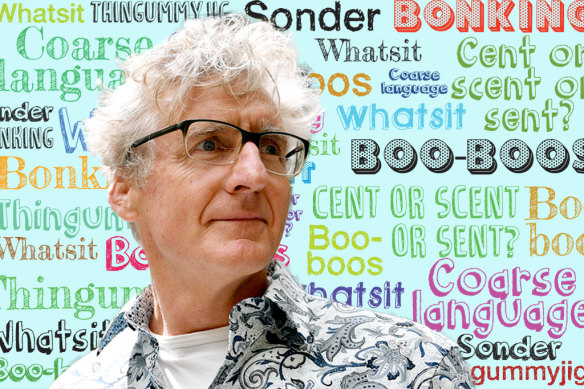 Dictionaries are obsolete in some senses, or at least imperfect when aiming to isolate some nuanced senses.Credit:Jo Gay

In many ways, the label Ian desires is the flipside of solastalgia. Australian philosopher Glenn Albrecht coined that term in 2003, popularised by a Missy Higgins album of the same name in 2018. Solastalgia dovetails Latin and Greek, fusing comfort (solacium) with -algia (pain or grief). The word describes a unique distress generated by environmental change, an eco-pang for an idyll that’s beyond reclaiming.

Meantime, volander is the trance you enter when spying the world sliding below your aircraft, while looseleft (a play on looseleaf) is that vacuum you bear on finishing a good book. Then there’s zenosyne: the haunting midlife hunch that time is accelerating.

All three coinages lie in John Koenig’s glossary, The Dictionary of Obscure Sorrows (Simon & Schuster, 2021), a book striving “to shine a light on the fundamental strangeness of being a human being”. After lockdown, braving the outside world, we all registered acute kenopsia, literally emptiness-seeing, where unlit offices and ghost schools sparked a special creepiness. 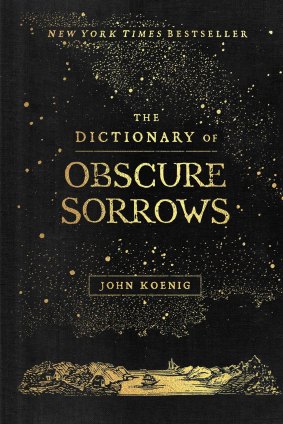 The Dictionary of Obscure Sorrows, by John Koenig.Credit:Simon & Schuster

Or maybe you spotted something wondrous on a walk, a sacred fall of light, a soaring kestrel, yet lacked a companion to help amplify the marvel. In a word, that’s siso, Welsh for seesaw, as something seen is only as meaningful among those who saw it. Besides, a siso needs two people to operate properly.

Koenig has a knack for word-forging, drawing on existing words from around the world, or devising combinations, such as kudoclasm (profound self-doubt), karanoia (fear of the blank screen) or galagog (blending galaxy and agog) to encapsulate the awe the cosmos exerts.

Familiar? So too is winnewaw, a Middle English pairing joy and woe, the oxymoron identifying “the unexpected burst of good news that only makes you sceptical, believing that every sudden rise in your fortunes must be inevitably accompanied by an impending fall”.

Dictionaries are obsolete in some senses, or at least imperfect when aiming to isolate some nuanced senses. That’s what inspired Koenig’s project, the Idaho artist recognising that “despite what dictionaries would have us believe, the world is mostly undefined”.

Sonder was the book’s seed, planted some 13 years ago. Koenig posted the neologism on his dictionary’s website, borrowing from French (“to plumb”) to express that uncanny awareness of every passing extra in your own story actually possessing their own mysterious narratives, making you their random bystander.

Sonder resonated, clearly the concept universal. The post provoked others to beg for more labels, including a South African woman who craved a term for that brittle reassurance she had to give her grandson that the world was good, when deep down she was less convinced. Eerily the scenario echoes Ian Eldershaw’s request at this column’s outset, and our whole ineffable human experience. Or effable, in the right hands.