Home » Lifestyle » Television Academy to Hold an Industry-Wide Summit on Diversity, Equity and Inclusion This December 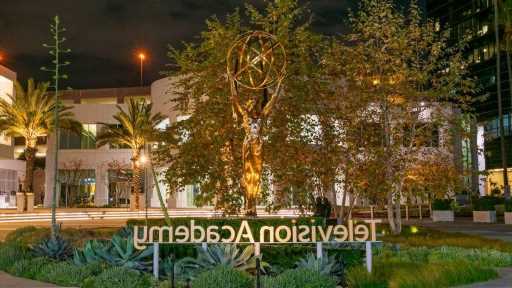 Television Academy to Hold an Industry-Wide Summit on Diversity, Equity and Inclusion This December

The Television Academy will launch its first-ever industry-wide DEI summit later this year, which comes as the org also releases its latest report on diversity, equity and inclusion practices throughout the industry.

The summit, which will take place Dec. 1, will target DEI professionals in the industry – “to meet, network, share ideas and collaborate to work towards a more inclusive and equitable industry, increasing the visibility, equity and power for those marginalized and underrepresented,” according to the Academy.

The report is part of the TV Academy’s efforts, first announced in March 2021, to evaluate the organization’s inclusion and representation practices. That included signing a deal with diversity consulting firm ReadySet, which started out with a series of membership, leadership and staff surveys to assess staff and member composition, attitudes and perceptions regarding DEI, opportunities for improvement, and expansion of current practices.

The results of that initial study, focused on the Academy, were revealed in December and led to, among other things, the addition a senior executive in its membership department to focus on driving new member outreach and community engagement as part of its diversity, equity and inclusion (DEI) initiatives.

Now, as an offshoot of that 2021 survey, the TV Academy and Ready Set has revealed more data, focused on the industry at large. Among the findings:

Exclusionary Lived Experiences – Per the study, “members from historically marginalized communities reported significantly more exclusionary and harmful experiences in their workplaces—including microaggressions and harassment—than non-marginalized members. Members from marginalized groups were also more likely to report being undercompensated and even passing on job opportunities due to perceived DEI issues.”

Insufficient Action – “Members across peer groups and identities noted confidence in their understanding of DEI topics and issues, but only a small percentage perceived impactful actions or progress towards resolving DEI issues at their workplaces and in the industry at large,” noted the study.

“This report will help us frame meaningful conversations aimed at developing actionable initiatives at our December gathering. This isn’t a ‘one and done’ exercise. We want to not only put into place a set of actions that are comprehensive, lasting and meaningful at the Academy, but we want to play a role in helping DEI professionals across the industry do the same, collectively sharing learnings and best practices.”

“While there has been some progress within the industry, especially in the realm of creative representation, the survey results highlight several pressing issues that affect meaningful DEI change,” said TV Academy chairman Frank Scherma. “Overall, the data illuminates how Academy members with historically marginalized identities experience exclusion and less access to opportunities.”

Added ReadySet CEO/founder Y-Vonne Hutchinson: “Change is long overdue. The findings in this report will likely not surprise some. And we hope it is a wake-up call to others. Television has the power to shape the way we see the world, others, and ourselves, and we believe that sharing the experiences of Academy members is a critical step towards impactful change. We look forward to supporting the Academy as it pushes for more action to address these issues.”