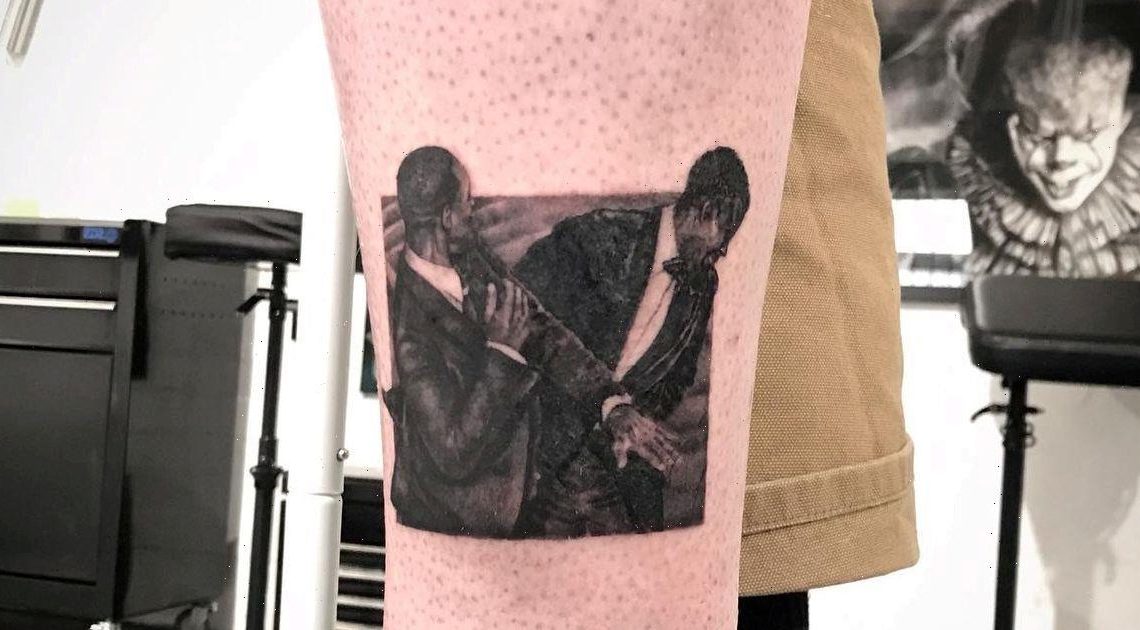 The moment Will Smith slapped Chris Rock at this year's Oscars ceremony will never be forgotten (at least for a while).

During the annual ceremony, the actor found himself irritated when Chris made a swipe at his wife's GI Jane style hair.

Next thing you know the Men In Black star jumped onto the stage and dramatically slapped the comedian.

Now one customer decided to commemorate that moment by getting the incident inked on their leg.

Jon Arton, 36, is a tattoo artist working in Birmingham who was approached by the person who wanted the design.

He decided which frame from the video the customer wanted and soon had it immortalised in ink on their leg.

And the tattoo artist had the unique ink completed last Sunday (April 3).

Speaking about his latest work of art, Jon said: "I thought let's do it – it's hilarious.

"It's quite small and discreet – if it wasn't I probably wouldn't have done it."

He has been a tattoo artist for around three years and specialises in hyperrealistic portraits.

The artist continued: "It's a weird, interesting and crazy thing.

"I don't think there is a right or wrong side, it's just an interesting thing some celebrities have done."

One includes an OnlyFans model who got dumped days after getting her fella's name inked on her body.

Britain's most tattooed woman said her most embarrassing tattoo was having the name of her then-boyfriend across her vagina.

Becky Holt got the bizarre tatt when she was just 15 and unsurprisingly, the pair split up within six months.

She covered up her shame with a floral design that was later turned into a skull.

Fancy central London flat could be yours for just £175,000 – but there's a tiny catch
Entertainment