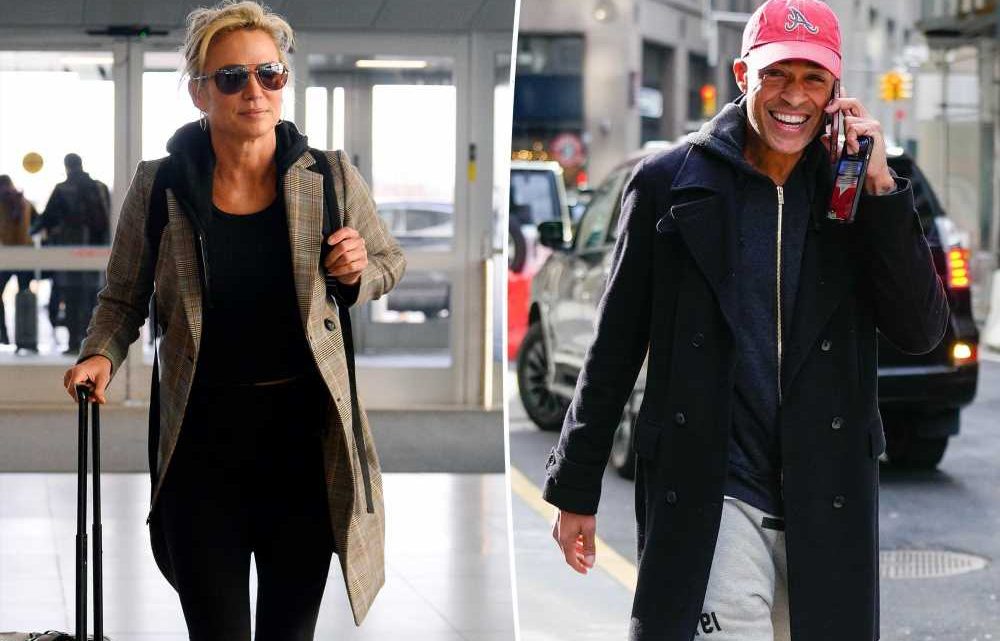 T.J. Holmes and Amy Robach escape New York ahead of showdown with ABC

ABC brass adored T.J. Holmes, but some staff won’t be sad to see him go

T.J. Holmes had suspected in-office romp with another junior staffer

Amy Robach jets out of NYC after news of another alleged T.J. Holmes affair

They’ve got to get away!

After we reported Amy Robach was spotted solo fleeing New York from JFK on Tuesday, we learned that T.J. Holmes escaped with her.

Sources told us the heat is getting to the “GMA3” lovers — and after being happily seen together recently frolicking around in bars in New York and Miami, they’ve gone back to being furtive.

“They are on leave, so they may as well spend the time wisely — and away from the spotlight,” a source close to the couple explained.

Another source confirmed, “they want to lay low” and revealed “few people know they’re together.”

“[The nonstop coverage of the scandal] is becoming exhausting. They underestimated that when something like this happens, other skeletons come out. And they’re still married,” the source pointed out. 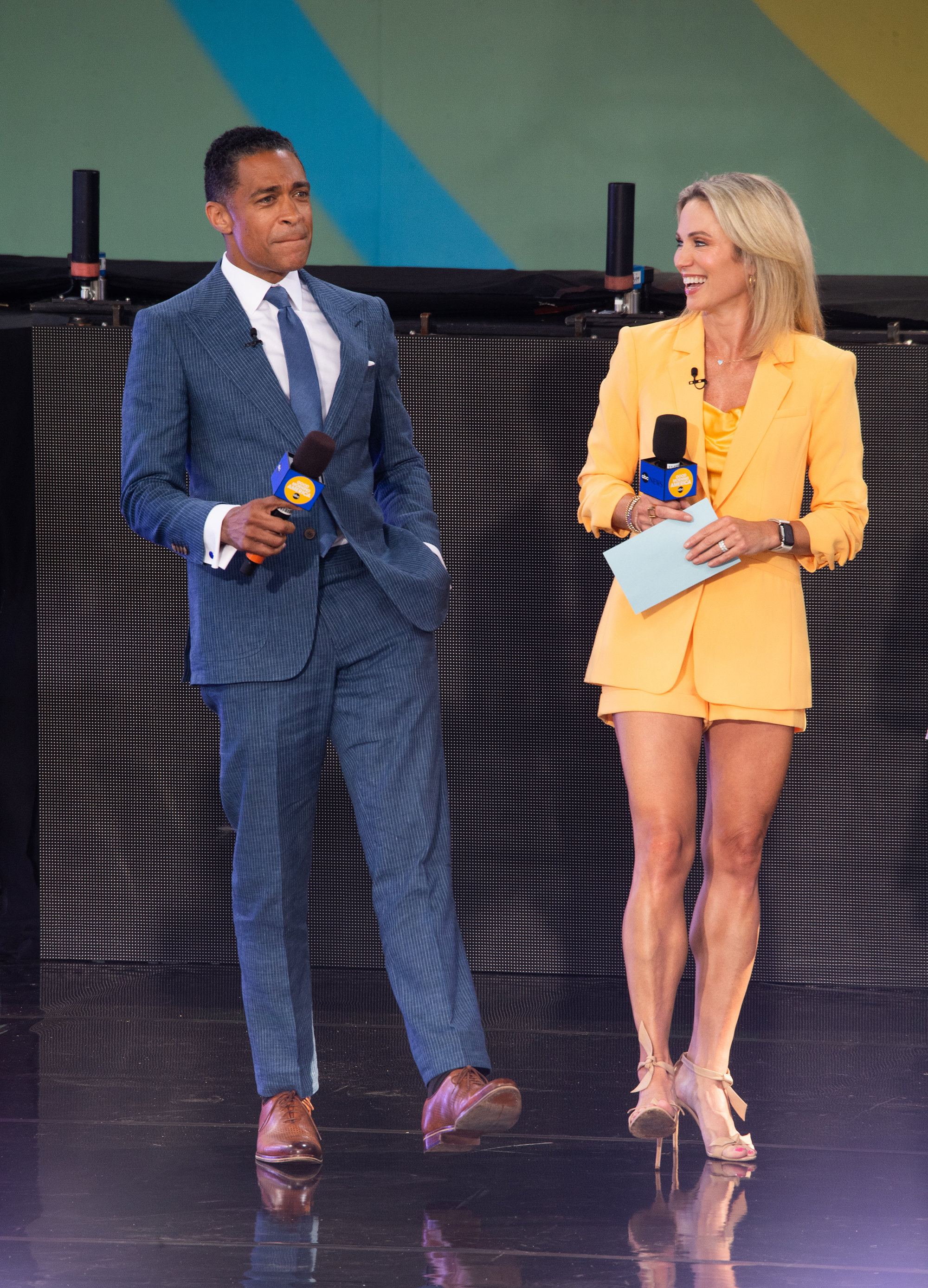 The birthday “was going to be a big deal for her” before their explosive affair took over, we hear.

Meanwhile, negotiations with ABC are ongoing. On Thursday, the couple will appear on Zoom together for mediation with ABC according to TMZ — and it appears to be shaping up to be an all out war.

We hear ABC is “waiting on the West Coast to give answers” — as in parent company Disney, which is located in Burbank, Calif.