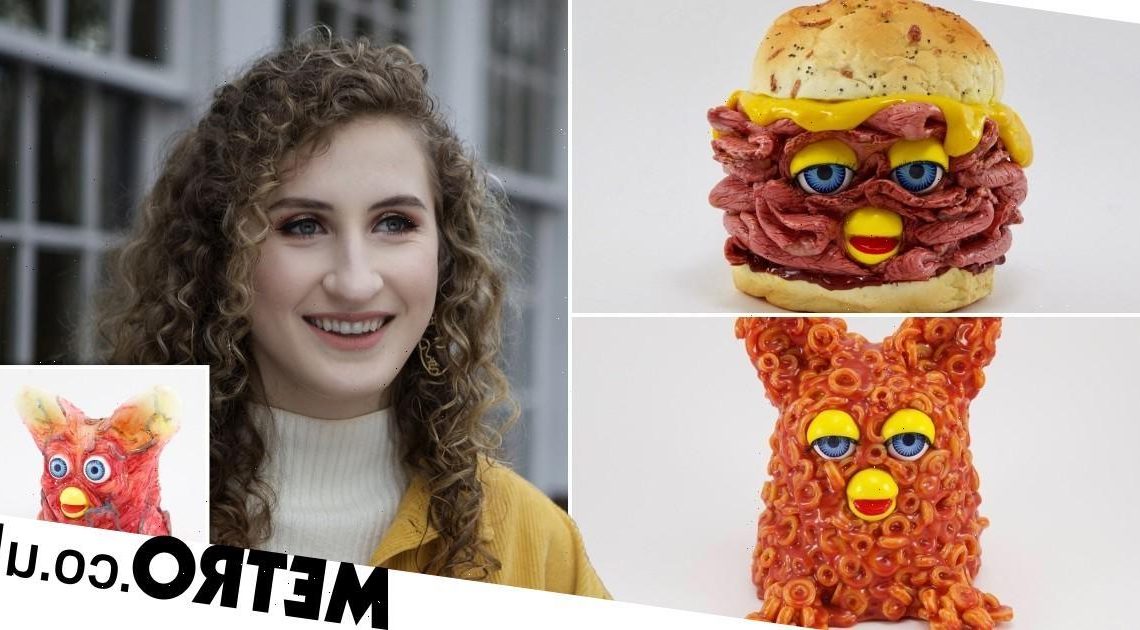 Student makes $100,000 selling Furby creations straight out of your nightmares 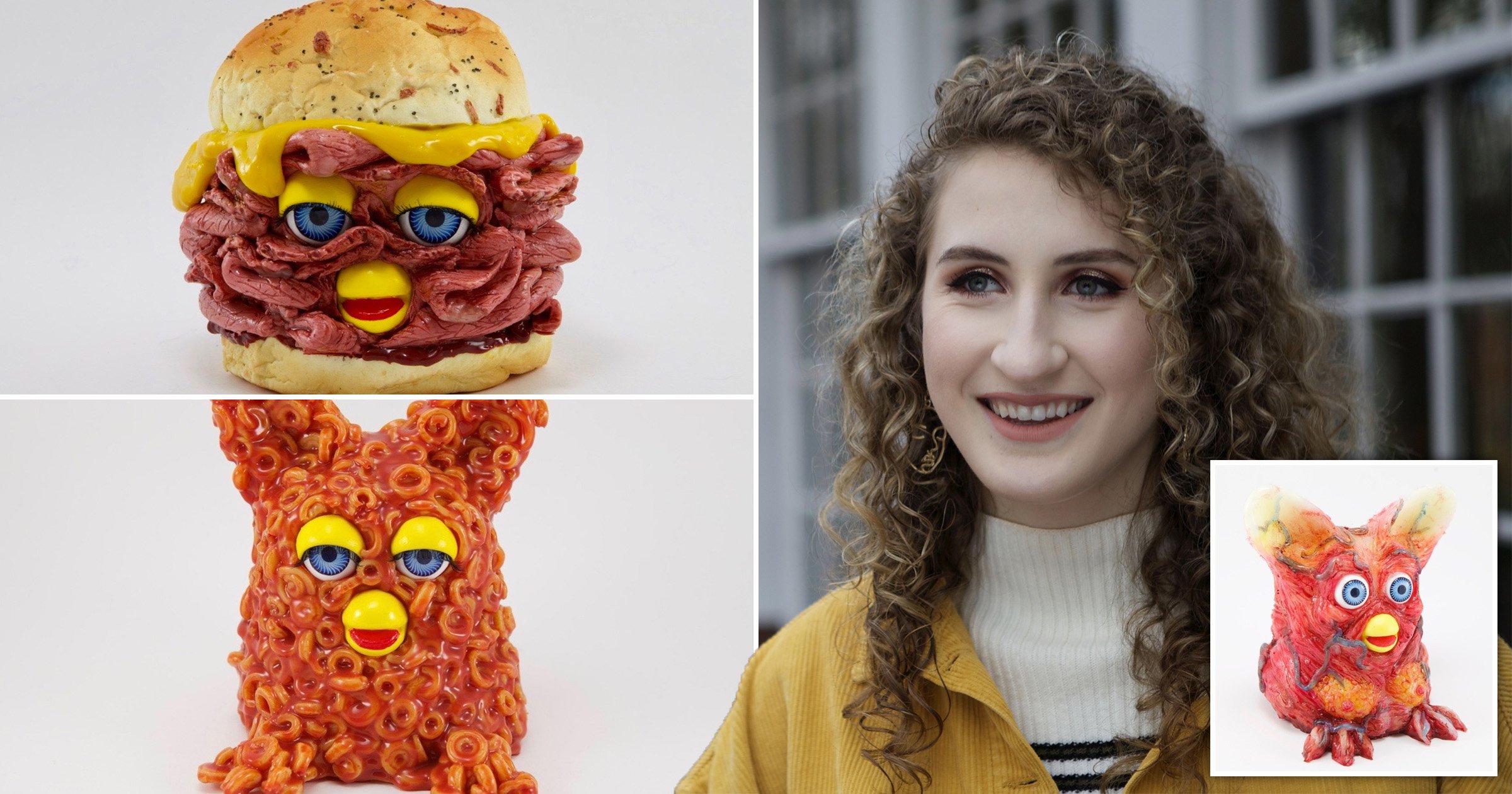 Find Furbies scary? You might want to look away.

Because no matter how creepy you find those little furry owl things, you’re going to find these even more unsettling.

Sophie Stark is a student artist whose specialty is creating nightmareish takes on the classic Furby toy.

Using a real Furby as a makeshift mould, she creates creatures that look like they’re made of meat, spaghetti hoops, and baked beans.

The end result is… horrifying.

But Sophie’s work, which includes Skinby (a naked Furby with silicone breasts), Wormby (which looks like it’s made of worms), and Meatby (a meat Furby, of course), has earned her more than $100,000.

The 24-year-old’s Furby journey began when she was given a Furby, and after some experimentation, she began selling her works for $350-500 a pop.

Sophie Stark, from Los Angeles, California, said: ‘It’s not something I’d spend money on, so when people said they would I thought they were joking.

‘I’ve never sold work before, so I’m baffled that such a strange idea is my first money maker.

‘It was a happy accident. It started as just a hobby to keep me occupied.

‘They are weird but that’s their appeal. People like to own a bit of culture that’s provocative and uncomfortable.

‘I know some people who have bought it because their friend hates it.

‘It’s gross but it’s not totally unsettling. It’s about taking a toy and making it completely different.’

Sophie makes the bizarre products by creating a clay sculpture, painting silicone over it, then covering it with pieces of plaster bandage.

After it’s dried, she removes the plaster and clay sculpture to reveal the work’s final mould, which she fills with coloured silicone.

Three hours later the model is ready for her to paint. She adds some signature Furby-like eyes and tiny toy doll eyelashes to complete the look.

Sophie admits that she finds the original Furby a bit creepy, so making her own out of gross items doesn’t feel sacrilegious.

‘I had a Furby as a kid and I was a little afraid of it,’ she explained. ‘They’re strange because they feel a little too real and you buy into them too much.

‘I think I need to adjust my prices though because what I use to make them is so expensive, so probably only half of what I’ve earned has been profit.

‘I spend the rest making other artwork and paying for my studio, so I don’t save as much as you’d think. All of the money goes back into the business.

‘I can’t say that I got rich making Furbies because I have no money. I don’t think any artist gets rich in the first two years of selling anyway.’