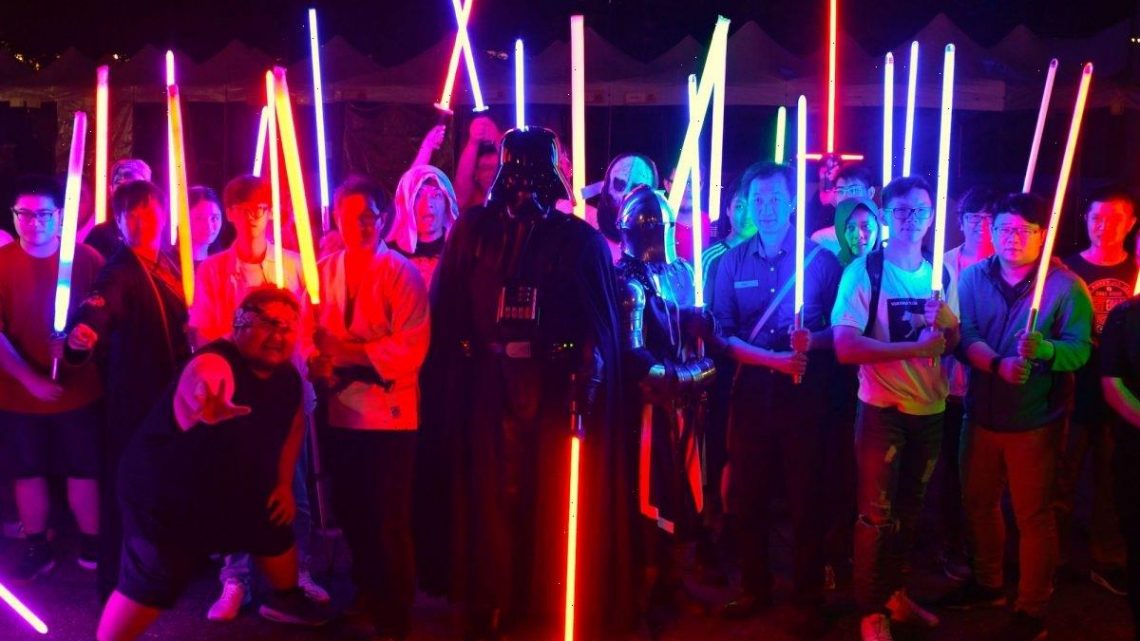 The Star Wars saga doesn’t live and die by the big-screen entries. In fact, to many fans, the video games, books, and comics are the best part of the galaxy far, far away outside of the original trilogy.

One of these games, Knights of the Old Republic, helped to give the fans the RPG they always wanted and still gets praise today while doing so. However, even the most die-hard fans may be shocked to learn that the game they love was somewhat incomplete.

According to Fandom, Knights of the Old Republic was one of the most original Star Wars properties of all time. Doing away with nearly every aspect of the Skywalker saga, the game brought people thousands of years into the past, when the Jedi were in full power, yet many of the same issues lingered in the background. Developed by BioWare, the series let people choose between the light and dark path as they choose their destiny in a journey to discover Darth Revan.

Its state-of-the-art morality system allowed players to play between good and evil, consequences and all, to its breadth of open-world planets both beloved by fans from the original trilogy and unexplored on the big screen. The game was released in 2003 and, 18 years later, remains a quintessential chapter in the Star Wars game universe and the RPG genre as a whole.

A sequel, Knights of the Old Republic II: Sith Lords, was developed by Obsidian, a company now better known for its work on the Fallout and Elder Scrolls franchises. It failed to recapture the same magic as the original and has often been accused of feeling rushed.  Despite this, the series showed that fans didn’t need Luke Skywalker, Darth Vader, Yoda, or the other beloved staples to be successful. If anything, it was too ambitious, as an uncovered lost level reveals the lengths creators originally planned to go.

Like a Death Star, KOTOR’s designers sometimes had to do the unthinkable and destroy a planet. In 2019, lead designer James Ohlen opened up to Polygon about a planned, designed, and partially rendered world before deciding that it was too much. Sleheyron was to feature gladiator-style combat in a realm controlled by the Hutts. However, the planet caused too many problems, and Ohlen opened up about what could have been.

“We did cut an entire planet that we’d actually developed and built part of,” Ohlen said. “That was a difficult decision because the art for it was being built by one of my best friends, Dean Andersen. Having to cut his world was particularly painful. But it was simply a time thing.”

The franchise featured some gladiator-style conflicts, but the original plan would have allowed the already robust game to have what would have been a memorable subplot had technology allowed its original intention. Ohlen broke down what it would have entailed.

“It was a gladiatorial world where the player was going through sort of a Planet Hulk–style plot. The player would get stuck fighting their way up through the ranks until they won the tournament and escaped off-world. But that was too much to do in the time we had, so it got cut,” he said, lamenting its departure.

Now, people are clamoring for any details of the forgotten planet. Perhaps, with a remake on the way, KOTOR fans could finally get the Sleheyron experience.

While the original remains a hit on iOS and other modern devices, many fans have clamored for a new take on the dated concept. Now, they don’t need to look much further. Inverse notes that a Knights of the Old Republic remake is in the works in what’s sure to excite many fans. Not much is known about the upcoming project, but with 18 years of technological advances, perhaps they could finally get that gladiator combat BioWare robbed them of in the first one.

Regardless of what happens, KOTOR’s legacy is secure, in part, because the makers knew what lines they were allowed to cross and which would be too much. Whether or not the planet makes it into the new game, fans can only hope that the new one gets the same love.

Diesel Rolls Into Summer at TWA