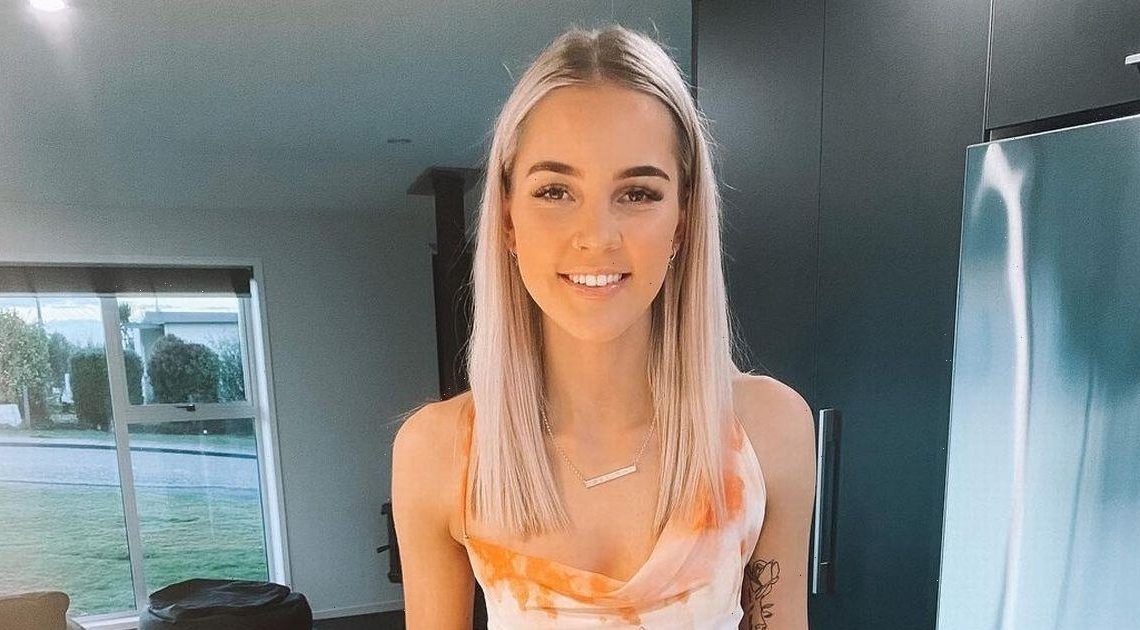 A woman was left in shock after finding out her stalker's true identity.

Ella Gouman said she was harassed by a troll who told her to drink bleach.

She also claims they created 120 fake profiles so that they could abuse her with them.

However, she was left gobsmacked when she found out it was someone who she considered a friend.

The abuse carried on for two years with the woman even sending her the initials "KYS" for kill yourself.

Speaking to Fabulous, Ella, from New Zealand, says she still suffers from panic attacks over the abuse.

The stalking started in early 2018, when Ella, now 22, started a relationship with her boyfriend Campbell, 23.

Ella added: "Tahlia was bubbly and friendly. Campbell and his brother lived with their parents. I spent most of my time there and soon, Tahlia did too. It was nice. We did girly stuff together, shopping and beauty treatments.

"A month later, in May 2018, a girl calling herself Alicia sent a direct message to my Instagram, commenting on my pictures.

"Wow! I thought, blocking the account. Who sends messages like that to people they don’t even know?

Ella said that over the next six weeks she got about ten other similar messages.

She blocked the account every time, but then a new one would pop up straight after.

Ella was baffled as she didn't have any enemies and assumed she must have "annoyed someone".

She noticed that at the same time, her friendship with Tahlia cooled down, even though they were sharing the same house.

Eventually, Ella confided in a friend called Shontae who had once dated Tahlia's boyfriend too – and revealed she'd also been getting abusive messages.

She says: "Shontae read out some messages. Mine were identical. 'It’s the same person,' I gasped.

"Unfortunately, the only person that connected us both was Tahlia. 'It has to be her,' Shontae said. I didn’t want to believe it. I thought she liked me.

Ella said her and Shontae replied to the messages saying "go away Tahlia", but that they were asked "Who is Tahlia?"

She said she knew it was her, but couldn't prove it.

After that, she claims makeup and clothes started to disappear from her room and the abuse continued.

Ella confronted Tahlia to her face, but said she denied sending the messages.

Eventually, she went to the police, who agreed to talk with Tahlia. The messages stopped for a few months, but then they came back.

Ella says she put up a post to remember my beloved aunty Kim who’d died of cancer, but that a troll liked it with a laughing face.

It was then she also got the "drink bleach" message, told to kill herself and was called "ellapigface" and "worthless".

After this, her boyfriend's mum told Tahlia she wasn't welcome at the house anymore.

Finally wrote a letter a letter of apology to Ella, saying: "You didn’t deserve any of the s*** I put you through and I’m sorry".

However, within a few weeks she had started again so Ella forwarded everything to the police.

If you are being trolled or harassed online, you can seek help from Internet Matters.

There are also plenty of resources on Stop Online Abuse.

The website recommends: "Stay calm, tell someone and keep a copy of everything".

It adds you should "report, campaign and complain" if you see online abuse in action.

Ella said she was "stressed" and "anxious" and shut down her social media accounts, but Tahlia moved onto her little sister Olivia instead.

In the end, Ella had a panic attack, but finally the police said they had enough evidence and arrested Tahlia.

They found she had used 120 different identities to target her over Instagram, TikTok, Facebook, Snapchat and Trade Me.

At her sentence hearing in March, her lawyer said she had a personality disorder and poor mental health.

When Ella read out my victim impact statement, she said Tahlia wept but that it "looked like a big act to me".

The judge said the offences against her were the worst of that type he’d seen.

Ella called the news a "slap on the wrist" and says she suffers from debilitating panic attacks while Tahlia’s walks free.

She also fears Tahlia, who now runs an OnlyFans account, will target her again or some other girl.