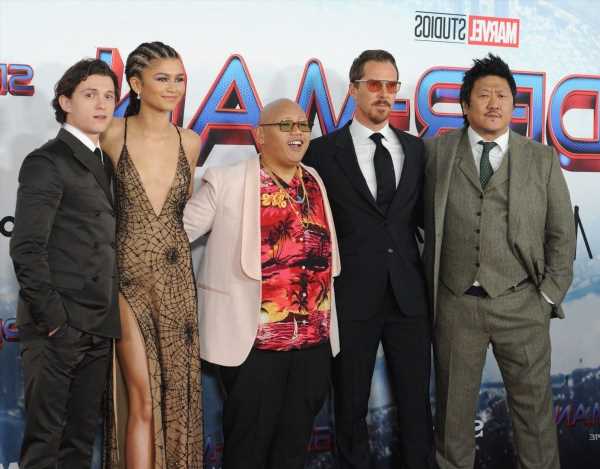 Marvel’s highly anticipated Spider-Man: No Way Home hits theaters on Dec. 17, and fans are more eager than ever to jump into Tom Holland’s latest outing as Spider-Man. Many have taken precautions to avoid spoilers in the days leading up to the film — and they aren’t the only ones. As it turns out, one Spider-Man: No Way Home cast member didn’t read the entire script while filming.

The past few months have likely proved a challenge for the cast of Spider-Man: No Way Home, with fans and critics trying to get them to spill about the new Marvel movie.

Doctor Strange actor Benedict Cumberbatch certainly received a few questions about the film ahead of its release. During an interview with USA Today, he refused to give up any spoilers — in part, because he hadn’t read the entire script at that point:

“You know it’s a dead-end, but I can tell you this: it’s a riotous film. I don’t want to give anything away — and I haven’t actually read the whole script! I did that on purpose because I just want the ride.”

It’s lucky that Cumberbatch didn’t need to worry about spoiling the movie in its entirety, but his words also show that Marvel stars are fans of the franchise, too. Wanting to enjoy the film is completely relatable. And with the Spider-Man: No Way Home premiere taking place on Dec. 13, the actor finally got to experience the whole thing.

The event gave attendees the opportunity to see the film a few days before its release date. And although many people — Cumberbatch included — now know what happens, the actor still encouraged fans not to spoil the movie.

In a video posted to Marvel Entertainment’s Twitter, Cumberbatch warned against posting spoilers before heading into the premiere. He emphasized how many viewers are looking forward to experiencing it for the first time, naming himself as one of them.

With any luck, those who attended the Spider-Man: No Way Home premiere will heed Cumberbatch’s advice and not spoil the movie. That said, Marvel’s latest is already getting stellar reviews.

The movie’s Rotten Tomatoes score sat at 100 percent when the embargo on reactions lifted. And now that more reviews have gone live, it’s only dropped to 98 percent — a promising sign overall.

Perhaps Cumberbatch was right to experience the film with as little information as possible. It sounds like it will take viewers on quite the ride.

The Best Holiday Appetizers to Pick Up at Aldi