Home » Lifestyle » Sophie, Countess of Wessex has ‘loving’ and ‘comfortable’ marriage with Edward Sophie, Countess of Wessex has ‘loving’ and ‘comfortable’ marriage with Edward

Sophie, Countess of Wessex, 55, and Prince Edward, 56, are both working members of the Royal Family and live in their Bagshot Park mansion, not too far from Windsor. Since the royal couple got married, they have had two children together but what is their marriage like?

The royal couple mainly keep their life quite private, including their children’s lives too.

However throughout the pandemic the family have been seen out and about with Sophie heavily involved in a lot of charity work.

Much of the day-to-day working life of the royal is taken up with her roles as Patron of over 70 charities and organisations.

Sometimes she will even be seen with Edward out in public. 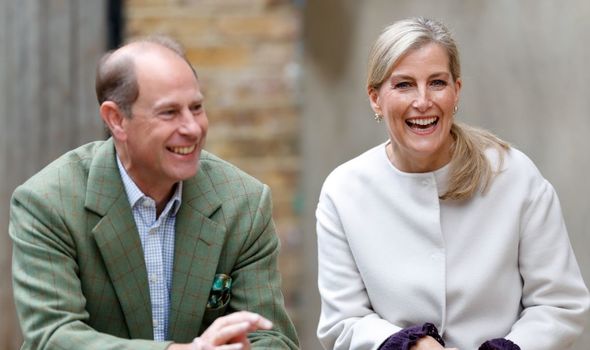 Speaking to the Express.co.uk, body language expert Judi James analysed the pair’s body language which has some clues as to what their marriage may be like behind closed doors.

She said: “Unlike the fireworks between his brothers and their wives, Edward’s marriage to Sophie began with a huge amount of press and public interest before they slowly slid under the radar to get on with their lives and their relationship and start their family.”

The family now live in their private Bagshot home which is situated within Windsor Great Park.

While they were in the spotlight for several years after their marriage, the family used a “trick” to disappear from the spotlight according to the body language expert.

Judi explained: “Their trick to disappearing from view was similar to the technique used by William and Kate as well a generations of royals before them, which was to retain a level of blandness so that they could get on with their duties but without attracting the kind of soap opera interest that would leave fans begging for more.

“Their PDAs as a young engaged couple were negligible and they posed looking pleasant but formal.

There was none of the brittle, edgy-looking incongruence of Charles and Diana’s engagement shoots or the sexy flirting between Andrew and Fergie during theirs.” 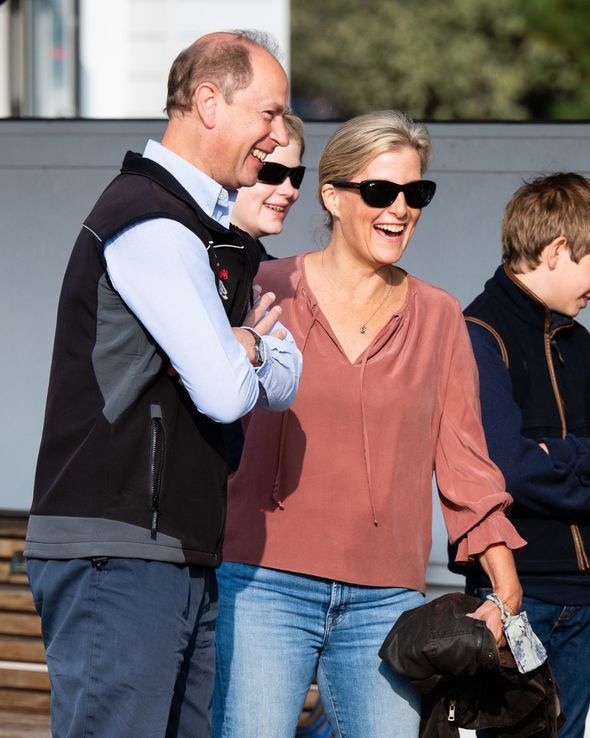 Being a member of the Royal Family comes with a lot of protocol rules to follow which means public displays of affection are rare and kept to a minimum.

The expert added: “Edward and Sophie looked more practical and less romantic. Dressed in suits that looked right for a day at the office, their poses looked more professional too.

“Take Sophie’s hand out of Edward’s arm and they could be business colleagues posing together for a corporate photo.

“Edward’s pose had a slight wariness to it, as though he was still wounded by the press response to his It’s A Royal Knockout disaster.

“His eyes looked away from the camera but not toward his bride to be and his hands were clasped low in a self-protective barrier known as the fig leaf pose.”

She said: “His smile wasn’t totally convincing as it didn’t round his cheeks, making it look performed rather than natural and his only sign of affection was the way his torso leant slightly towards hers as though feeding off her strength.

“Sophie’s smile looked more authentic, with rounded cheeks and some eye-crinkling and her signals of confidence were stronger than Edward’s.

“Her left arm performed the ring reveal but the right was tucked behind her back suggesting she is hiding or concealing some of her inner thoughts and emotions here.”

However as with most working royals, being surrounded by cameras and the press a lot of the time means that they may be conscious of the poses they are making with one another.

Looking at several photos throughout the royal couples marriage, Judi explained that their relationship does seem to have grown.

She added: “What looked to be missing in their earlier photos does seem to have grown over the years though.

“Edward and Sophie are much more comfortable looking close now and often pose like the loving couple they didn’t appear to be initially.

“Sophie seems to have given her husband the trick of relaxing and showing happiness and joy in public.”