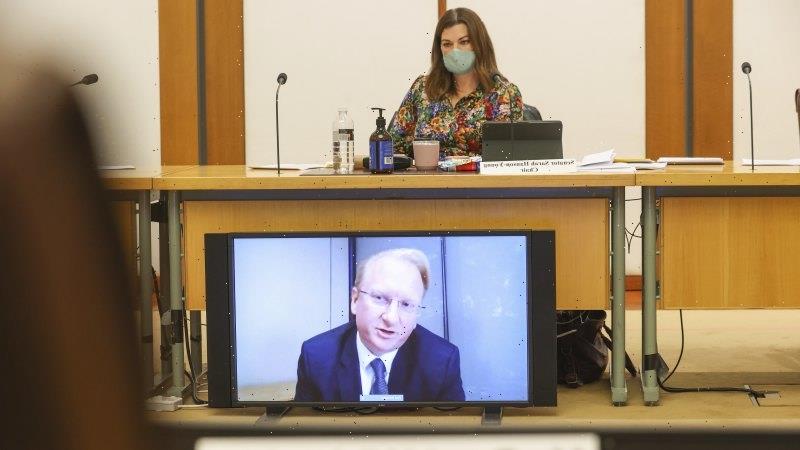 Sky News Australia boss Paul Whittaker has confirmed the television station will be looking at the issue of net zero emissions but said he was not aware of any plan by its owner News Corp to limit the voices of dissenting conservative commentators on climate change.

Facing a Senate inquiry on media diversity in Australia, Mr Whittaker also denied the channel broadcast conspiracy theories and lies about COVID-19 and said it deleted a number of its videos as proactive measure because it did not understand YouTube’s “opaque” misinformation policies.

The TV boss was asked about a story in The Sydney Morning Herald and The Age about News Corp Australia’s decision to embark on a campaign for countries to reach net zero emissions by 2050 and promote the benefits of a carbon-neutral economy.

“I believe we’re looking at the net zero issue. I think it’s a question of interpretation about saying that that’s a campaign,” Mr Whittaker said. “From Sky’s point of view, we’re seeking to explore the policies and solutions.”

News Corp Australia has been an influential player in Australia’s decade-long climate wars with a long-standing editorial hostility towards carbon reduction policies.

Labor Senator Kim Carr asked if Mr Whittaker was aware of the switch in the editorial position of News in regard to climate change, to which he replied: “We don’t deny climate change. I accept climate change is happening. The question is what is the solution and what is the cost”.

Asked about News Corp’s plan to limit, but not muzzle, dissenting conservative commentators on the issue, Mr Whittaker said: “I’m not aware of any aspect of that nature”.

The Sky News boss and executives from Google, which owns YouTube, gave evidence at the Senate’s media diversity inquiry on Monday, which was scrutinising Sky News’ seven-day ban from YouTube earlier this year for breaching the tech giant’s misinformation policies.

YouTube deleted a total of 23 videos from Sky’s channel on the platform for containing a range of alleged misinformation. Mr Whittaker said Sky had taken down at least 18 videos of its own accord because the tech giant’s policies were “incapable of compliance” but rejected the suggestion the network had broadcast false information. 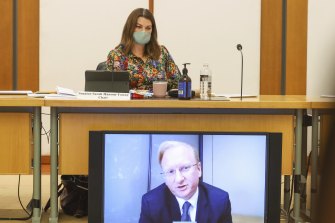 “I don’t accept your contention there were COVID-19 lies and conspiracy theories broadcast,” Mr Whittaker said during a two-hour appearance at the inquiry.

The deleted videos include some promoting the use of drugs hydroxychloroquine and ivermectin as unproven COVID-19 treatments. High-profile broadcaster Alan Jones has repeatedly claimed COVID-19 is “not a pandemic” in since-deleted videos, including one from May which triggered the YouTube ban.

Mr Whittaker said the network’s presenters were justified in broadcasting views on hydroxychloroquine and ivermectin in 2020, saying there were worldwide studies into the drugs at the time. The deleted videos included ones titled: “Ivermectin caused amazing improvement” and another titled “There is no good reason to ban two potential COVID cures”.

“At the time of some of these videos in 2020 that have been removed by YouTube, there were 50 studies done worldwide on hydroxychloroquine and the potential efficacy for COVID,” Mr Whittaker said.

“Some of these videos, Senator, were 12 minutes long. You’ve got to put them in the full context of everything that was said.”

Google Australia’s director of public policy Lucinda Longcroft said the majority of the 23 deleted videos were removed for breaching its COVID-19 misinformation policies, and two videos were deleted for violating its election integrity policy. She said Sky News had not appealed the deletion of the videos.

“They have communicated to us private concerns about the process but that they have not refuted the violation of our COVID-19 misinformation policies,” Ms Longcroft told the inquiry.

She said YouTube began removing misinformation about COVID-19 in March 2020 and expanded its policies to cover misinformation relating to vaccines in October. Sky News was first issued with a warning about its content in December, and then received a strike that prompted a seven-day ban in July.

Mr Whittaker said Sky was suspended before it had the opportunity to appeal the ban and described YouTube’s misinformation policies as so “opaque” that it began to self-censor and remove videos to avoid a potential permanent ban.

“On July 29, we were informed that we were subject to a strike, and we were given less than 30 minutes notice to be told that we could not upload any videos. So there’s no appeal at that time because you are already suspended,” Mr Whittaker said.

“Sky News took the proactive approach of removing a batch of videos all published during 2020 from online platforms to ensure ongoing compliance with YouTube’s arbitrary editorial guidelines.”

In one since-deleted clip from August 2020, co-hosts of the Outsiders program Rohan Dean, Rita Panahi, and James Morrow, who has since been appointed The Daily Telegraph’s federal political editor, gave viewers “the Outsiders guide to hydroxychloroquine” in which they talk up the effectiveness of the unproven treatment.

Dean, in a separate clip from September 2020, calls for Chief Medical Officer Paul Kelly to resign over his stance that drug was not a proven treatment for COVID-19, saying “the jury is in and the jury says categorically hydroxychloroquine saves lives and Australians must be given access to this drug”.

Former Prime Minister Kevin Rudd, a vocal critic of News Corp, returned for his second appearance at the inquiry and said Google had been left to “blow the whistle” because the media regulator had failed to act.

“What was the Australian Communications and Media Authority doing to earn their salary to allow this to occur? They have a responsibility here under the law because this material is being rebroadcast on free to air television,” Mr Rudd said.

ACMA chairwoman Nerida O’Loughlin said the regulator had received 37 complaints this year about Sky News’ COVID content, 24 of which were referred to the network for the consideration.

“The actions of YouTube reflect that they have an algorithm, which monitors content [and] which looks into content. We do not do that,” Ms O’Loughlin said.

She said ACMA operated under a co-regulatory model that gives broadcasters the initial responsibility for addressing complaints, and it would be a matter for Parliament to change that approach if it believed the powers were unsatisfactory.