SINGLE-MUM Rachel struggles through tears to explain how Universal Credit’s five-week wait for cash has left her unable to pay her bills or rent.

The 43-year-old, who worked for the NHS for 27 years, gave up her job to look after her then two young children as well as care for her elderly parents. 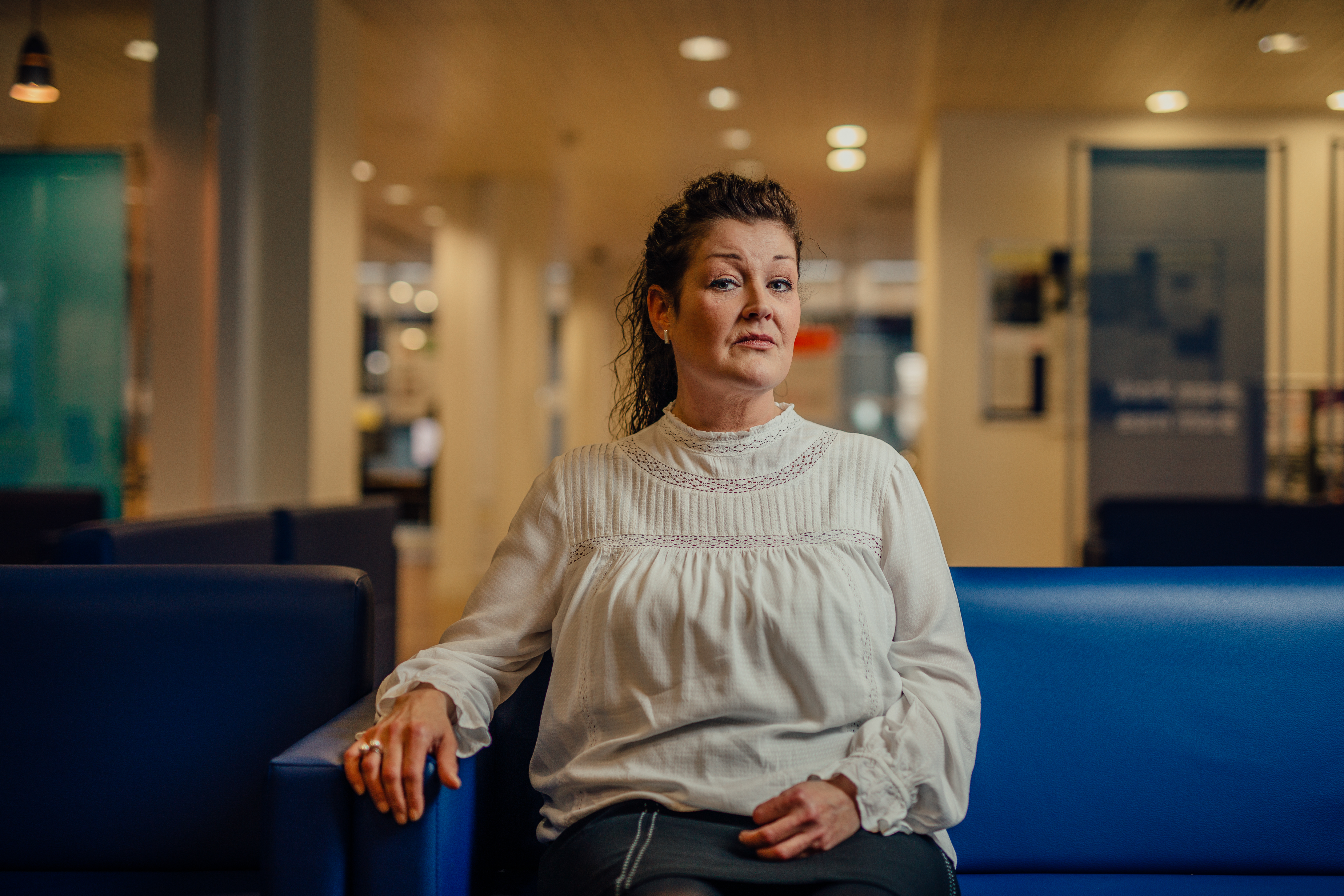 She’s recently signed onto Universal Credit and faces an agonising five-week wait for her first payment while all her other benefits have been stopped.

“By the time you’ve paid the bills and got any food shopping I don’t think we are going to have anything left,” she says.

“I don’t expect to have a lavish lifestyle but I do expect to be able to live from week to week and month to month.”

Her story is followed as part of a new BBC Two series Universal Credit: Inside the Welfare state, which is being broadcast at 9pm tonight.

The first episode in the three-part series was filmed in London at Peckham's job centre.

Rachel wants to get back to earning a wage but she struggles with anxiety and depression and has been signed off work by doctors. 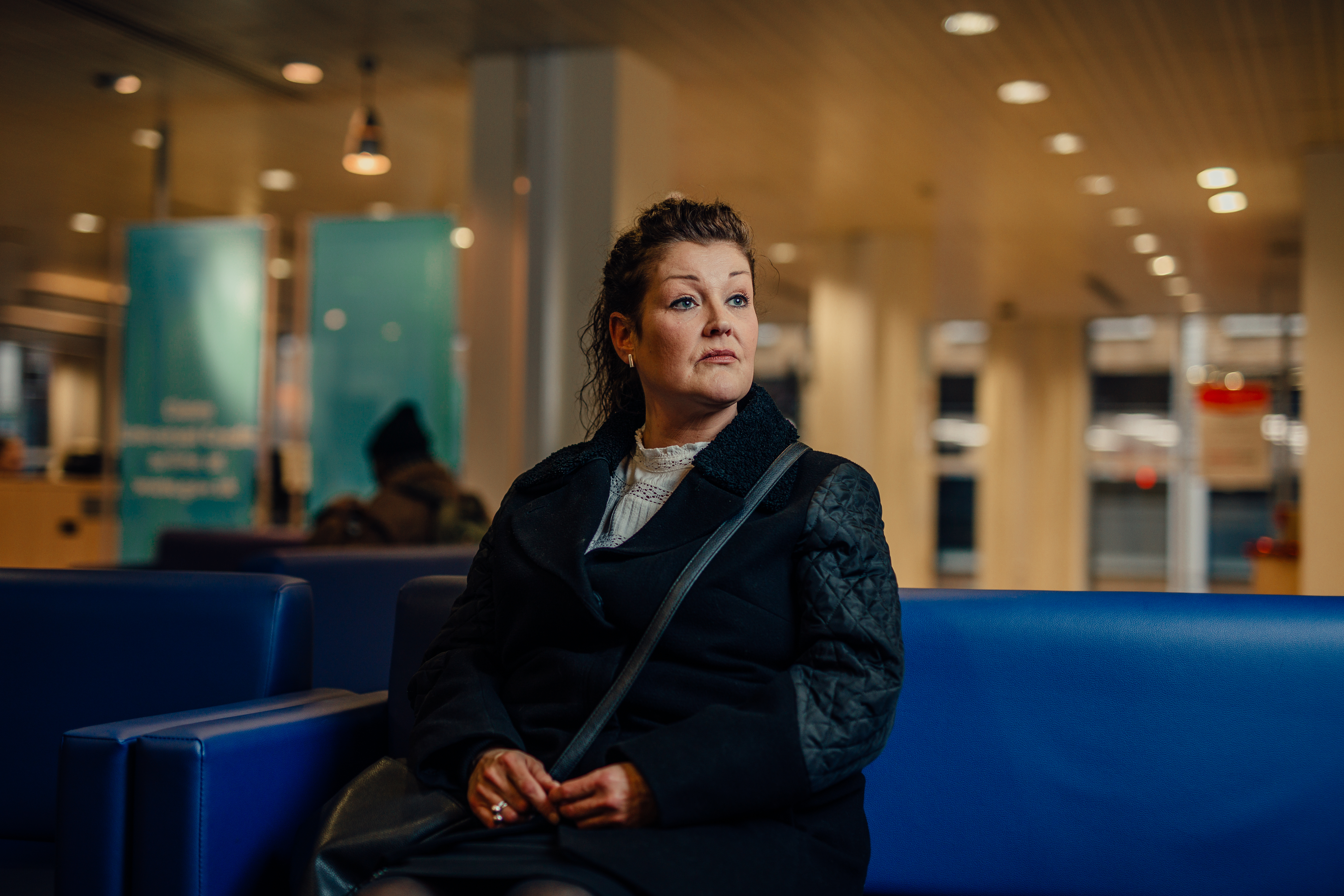 While waiting for her first Universal Credit payment she is given an “Advance” by the job centre for £1,300 – but she must repay it and it will push her deeper into debt.

She adds: “At the moment I’ve been living off the Universal Credit Advance which is a loan basically.

“This is all new to me. I’ve worked for 27 years and I feel like I’m out of my comfort zone you know.”

It’s an issue that The Sun has highlighted through our Make Universal Credit Campaign, as we demand the Government reduces this waiting time to two weeks.

Four weeks later – with one week to go until her first payment – Rachel finds out how much her Universal Credit will be reduced due to her Advance loan.

"So my money would more a month but because I took out that loan I’ve got to pay £109 a month.

"If I’ve got to pay rent out of that… that’s going to be really hard.”

During the five-week wait Rachel is forced to borrow money from her parents. She says that the stress puts a lot of pressure on her and adds to her anxiety and depression.

Advances are loans given to those on Universal Credit during the five-week wait – but the repayments are then spread over a maximum of 12 months.

Rachel asks for help with the Advance repayment and whether it’s possible to spread it over a longer period as the deduction means she’s struggling to pay all her bills and is now in her overdraft.

She’s told this isn’t possible but she could delay the repayments, so despite being signed off work she starts looking for a job.

One million people are already receiving it and by the time the system is fully rolled out in 2023, nearly 7 million will be on it.

But there are big problems with the flagship new system – it takes 5 weeks to get the first payment and it could leave some families worse off by thousands of pounds a year.

And while working families can claim back up to 85 per cent of their childcare costs, they must find the money to pay for childcare upfront – we’ve heard of families waiting up to 6 months for the money.

Working parents across the country told us they’ve been unable to take on more hours – or have even turned down better paid jobs or more hours because of the amount they get their benefits cut.

It’s time to Make Universal Credit work. We want the government to:

Together, these changes will help Make Universal Credit Work.

The programme also follows Karen who works in the job centre, as well as Amber Rudd, the former Secretary of State, as she attempts to make changes to Universal Credit.

While another person signing up for Universal Credit is Declan, 47.

He is recently homeless and unable to get emergency accommodation, so he has found himself sleeping rough in nearby Dulwich Park.

Declan, who worked for years in the construction industry, should get £317 a month – but previous Advance loans means he gets just £262.

When he gets a new place to live he is unable to pay for electricity and visits a food bank to get some essential supplies.

Declan explains how hard it is to get work, despite his experience in the construction industry.

He says: “It’s not for the lack of trying you know. I used to send off at least 15 applications every day just to get a labouring job.

“You are literally one pay cheque away from the gutter.

“Get a place and not be burden on anyone. The state or anyone else. It gives you a bit more pride in yourself.”

A spokesperson from the Department for Work and Pensions (DWP) said: “Since filming finished, Rachel is still working part-time, which means she gets Universal Credit but isn’t required to visit the jobcentre often.

“Rachel contacts her work coach from time to time if she needs help or advice.

“There’s a huge amount of support available for people on Universal Credit, and people should check online to see what help they could get.”

Last week we reported on how single-mum Nichola Salvato took out a payday loan to help pay for childcare while on Universal Credit.

We've also rounded up how those on Universal Credit can get help and what discounts they might be entitled to.

Canada has a cheap fast-food chain famous for its poutine, and it's actually very good