Holding her head high. Simone Biles wants to take it easy after she returns home from the Olympics, a source reveals in the new issue of Us Weekly.

Simone Biles Through the Years: Olympics, ‘DWTS’ and More

“Simone has been through so much, but her determination and sheer strength of character has been her greatest asset her whole life,” the insider says of the gymnast, 24. “She definitely has [her parents] Ron and Nellie to thank for that; they encouraged and inspired her to follow her dreams and pursue a career in gymnastics from a very early age. They’re very much her champions and she looks at them as her rock, so it was definitely hard for her not to have them in Tokyo with her.”

The gold medalist shocked fans when she withdrew from the competition during the team all-around final on July 27, citing her “mental health” as the reason for her exit. She later withdrew from the individual all-around competition as well as the vault, floor exercise and uneven bars event finals, explaining that she was suffering from a phenomenon gymnasts refer to as “the twisties.” 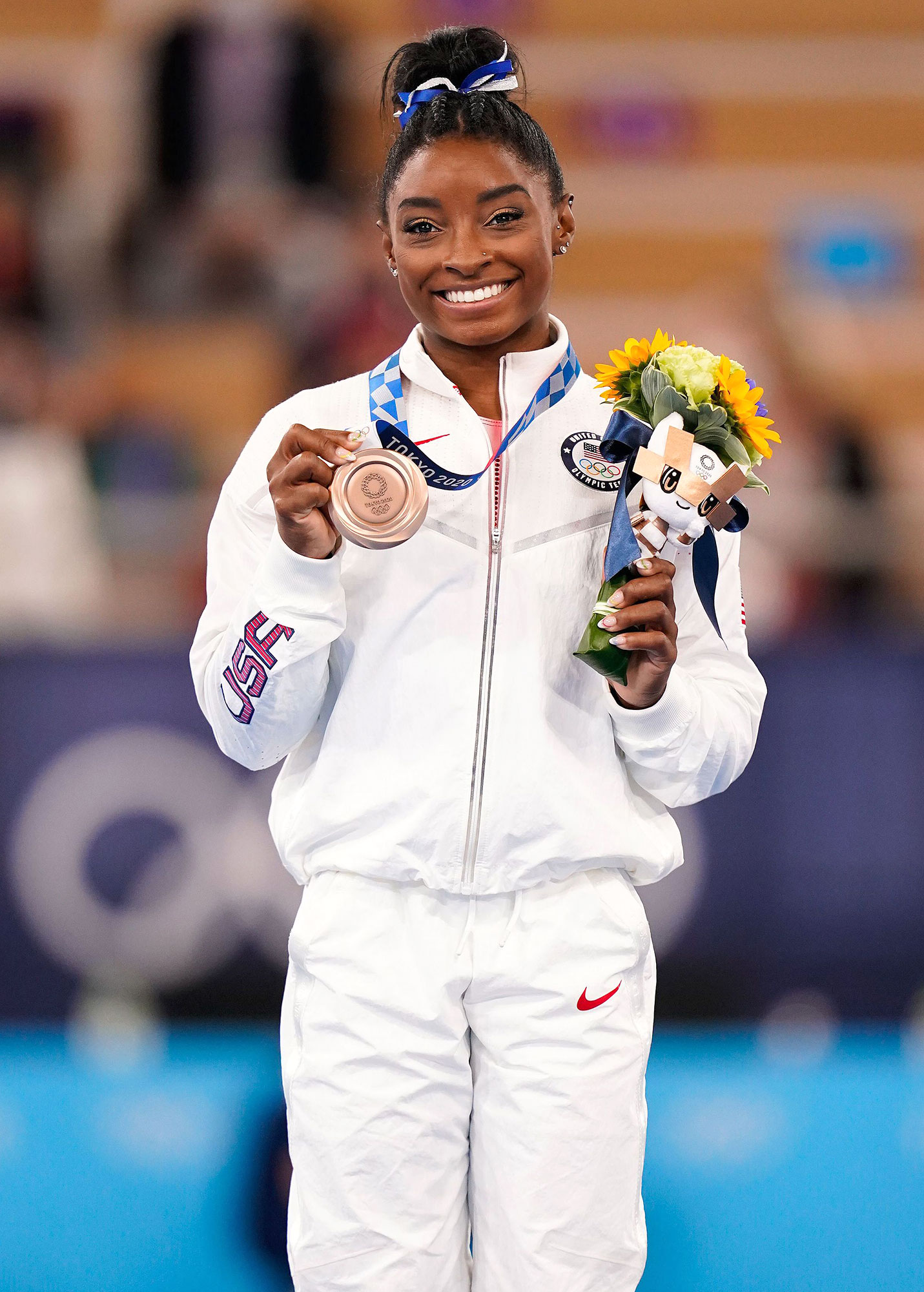 On Tuesday, August 3, however, she returned to competition for the balance beam final and won a bronze medal. That same day, her coach, Cecile Canqueteau-Landi, revealed that Biles’ aunt died just days before she took on the balance beam.

Everything Simone Biles Has Said About Mental Health: I’m Only ‘Human’

The Texas native hasn’t publicly commented on the loss of her aunt, but she has been emphatic in her responses to critics who accused of her quitting.

“I didn’t have a bad performance & quit,” she wrote via Instagram on Thursday, July 29. “I’ve had plenty of bad performances throughout my career and finished the competition. I simply got so lost [that] my safety was at risk as well as a team medal.” 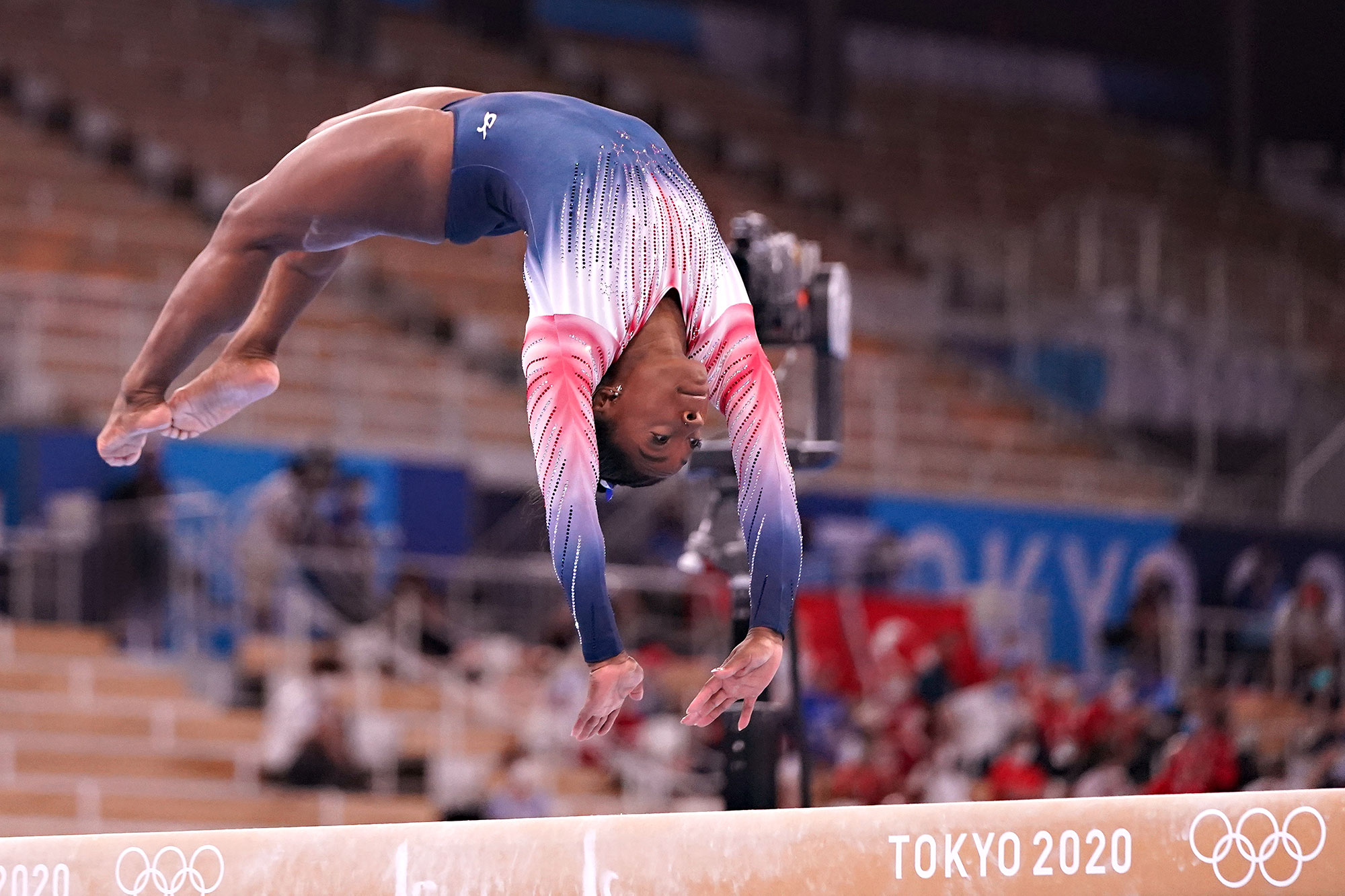 As the insider puts it: “This event and others really brought it through that it was time to take care of herself first and foremost.”

When the Courage to Soar author gets home, she plans on taking some well-deserved time to herself.

“Simone is going to take time to reflect, heal and help others who are going through similar issues,” the source explains. “Eventually, the plan is to get out there and tell people they’re not alone and that mental health awareness is more important in today’s world than it’s ever been.”

Celebrities Support Simone Biles After She Pulls Out of Tokyo Olympics

Though the vast majority of people will never see their struggles play out at the Olympics, Biles wants to make it clear that it’s important to pay attention to what your mind is telling you. “She wants to help shake that stigma that’s attached to people who speak up and drop out of a certain situation that’s making them uneasy for whatever reason,” the insider adds. “It’s OK to walk away — basically, that will be her message she’ll be sharing far and wide.” 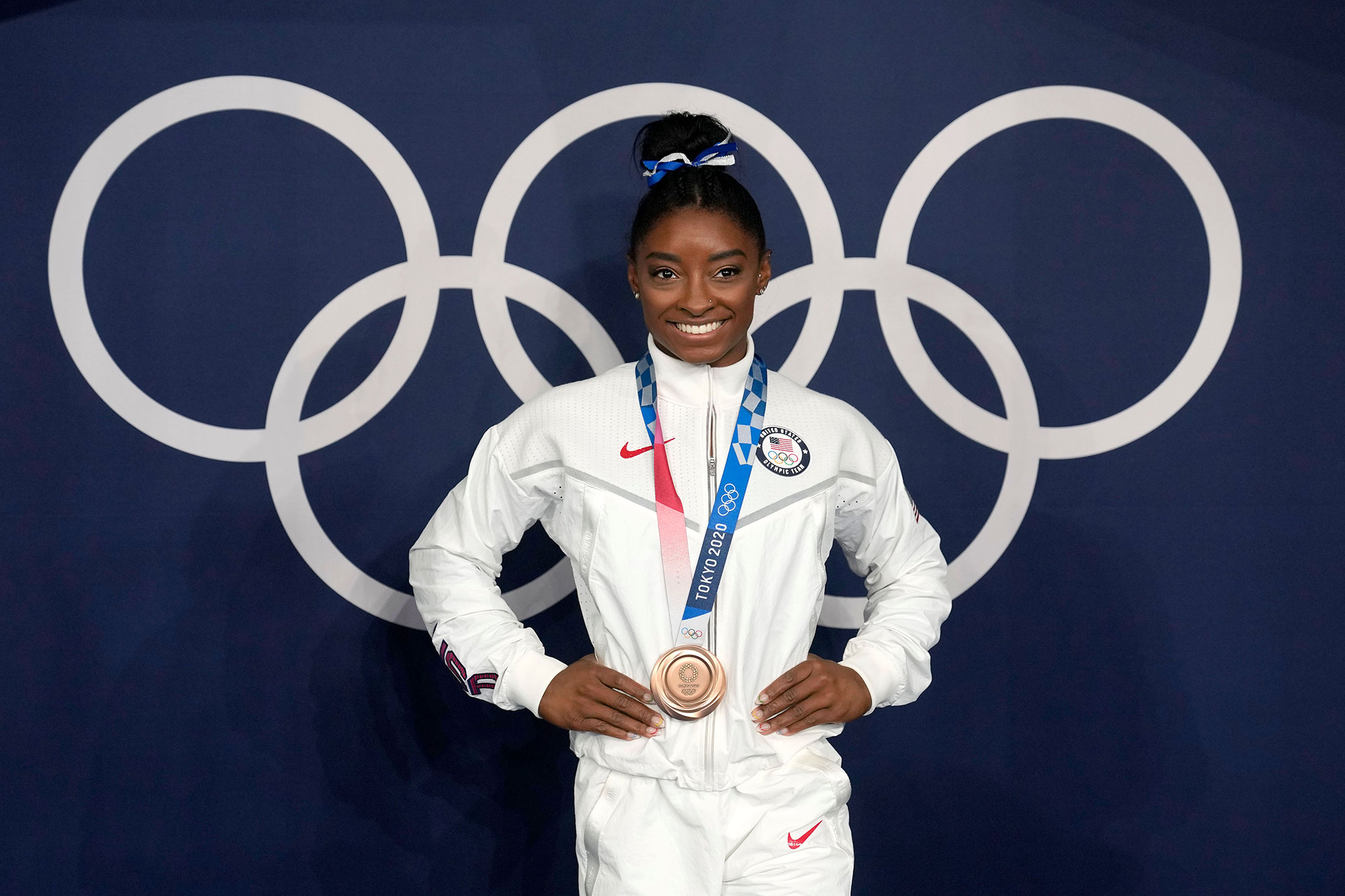 For the time being, though, she’s just looking forward to some uninterrupted relaxation. “Right now, she just wants to be with friends and family and switch off for a while,” the source tells Us. “She needs to heal and get away from the limelight, which has been beyond overwhelming and intense even though she’s had a lot of support from all around the world.”

For more on the iconic gymnast’s post-Olympic plans, watch the video above and look for the new issue of Us Weekly, on stands now.

Meghan Markle has a healing quartz crystal on her desk – what does it symbolise?
Entertainment