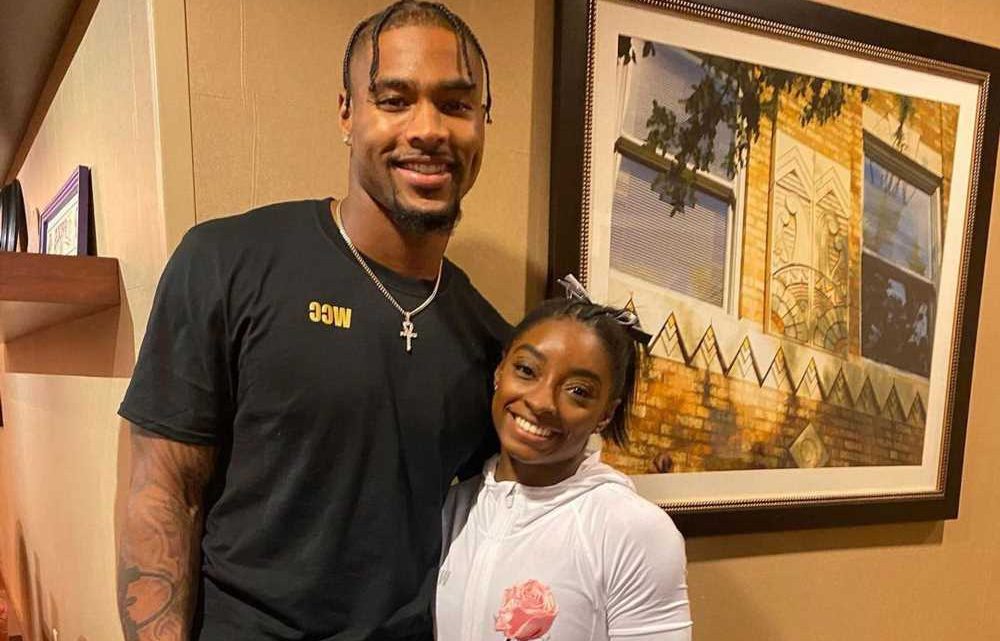 Jonathan Owens is “so proud” of gymnast girlfriend Simone Biles, who made history once again over the weekend.

Taking to Instagram on Monday, the Houston Texans safety, 25, praised Biles, 24, in a celebratory post, one day after the 4-foot-8 Olympian scored her seventh women’s all-around title at the US Gymnastics Championships, the most all-around titles for an American woman ever.

“What an amazing experience 👏🏽 First time getting to watch you compete in person and you didn’t disappoint,” Owens gushed.

“It’s so cool that i get to watch you do what you love, and be the best at that ‼️ I’m so proud of you my lil champ 🥰❤️ Trials up next and you already know I’m there!! Love you baby,” he continued.

Biles, who made her relationship with Owens Instagram-official last summer, said she’s grateful the NFL athlete was able to take a brief break from his own professional schedule to see her perform. 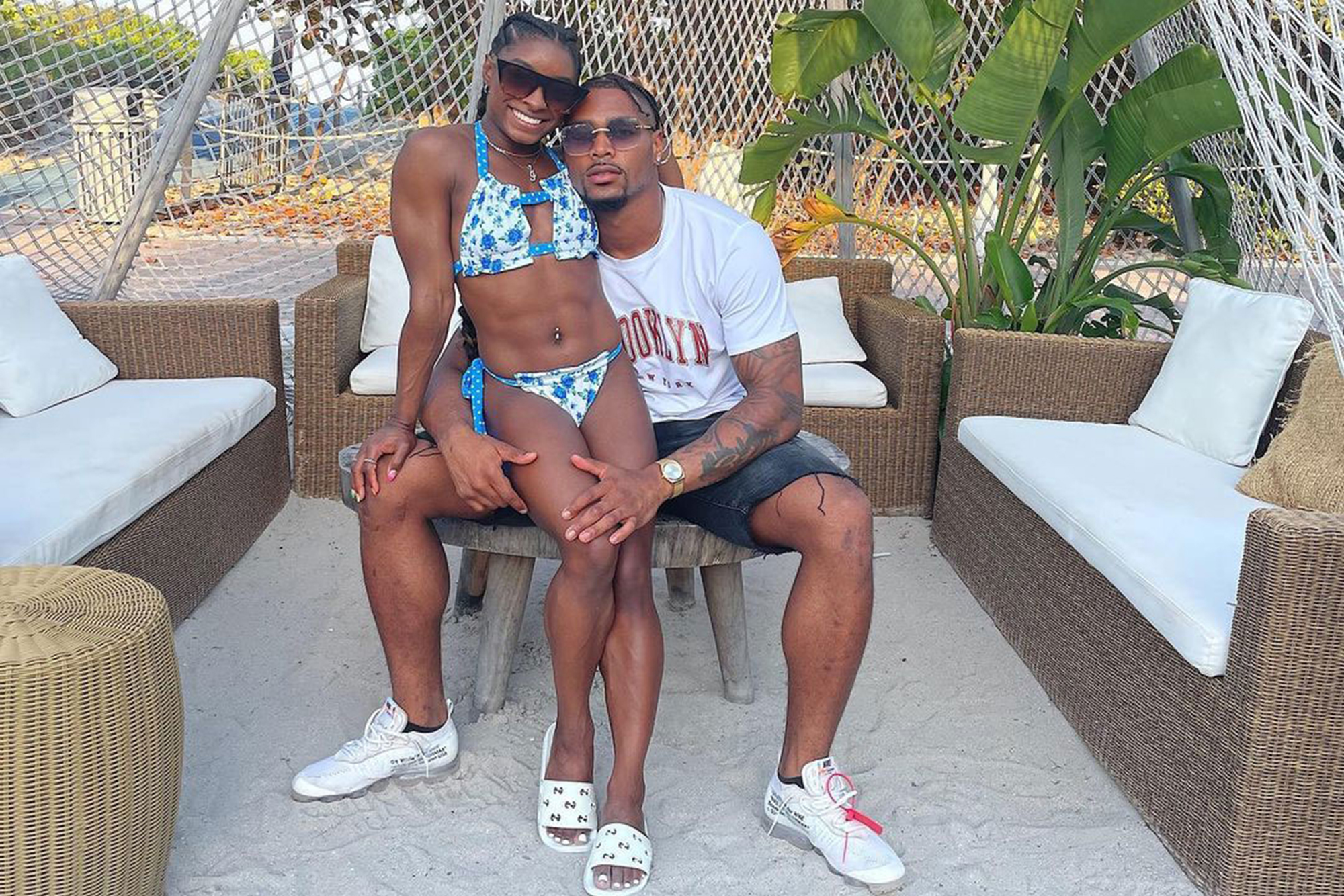 “I love you so much 🤎 I’m so happy you got to come watch while in the middle of OTA’s [organized team activities] 😘😘 you a real one,” Biles replied to Owens’ post.

Biles placed first in three out of four events on Sunday, including the vault, the balance beam and floor exercise. She will take part in the Olympic team trials this month ahead of the Tokyo games in July.

Last month, Biles became the first woman to land a Yurchenko double pike vault in competition. The move, named for Soviet gymnast Natalia Yurchenko, included a round-off onto the takeoff board, followed by a back handspring and a half-twist onto the vault. The four-time gold medalist concluded with a double backflip in the pike position. 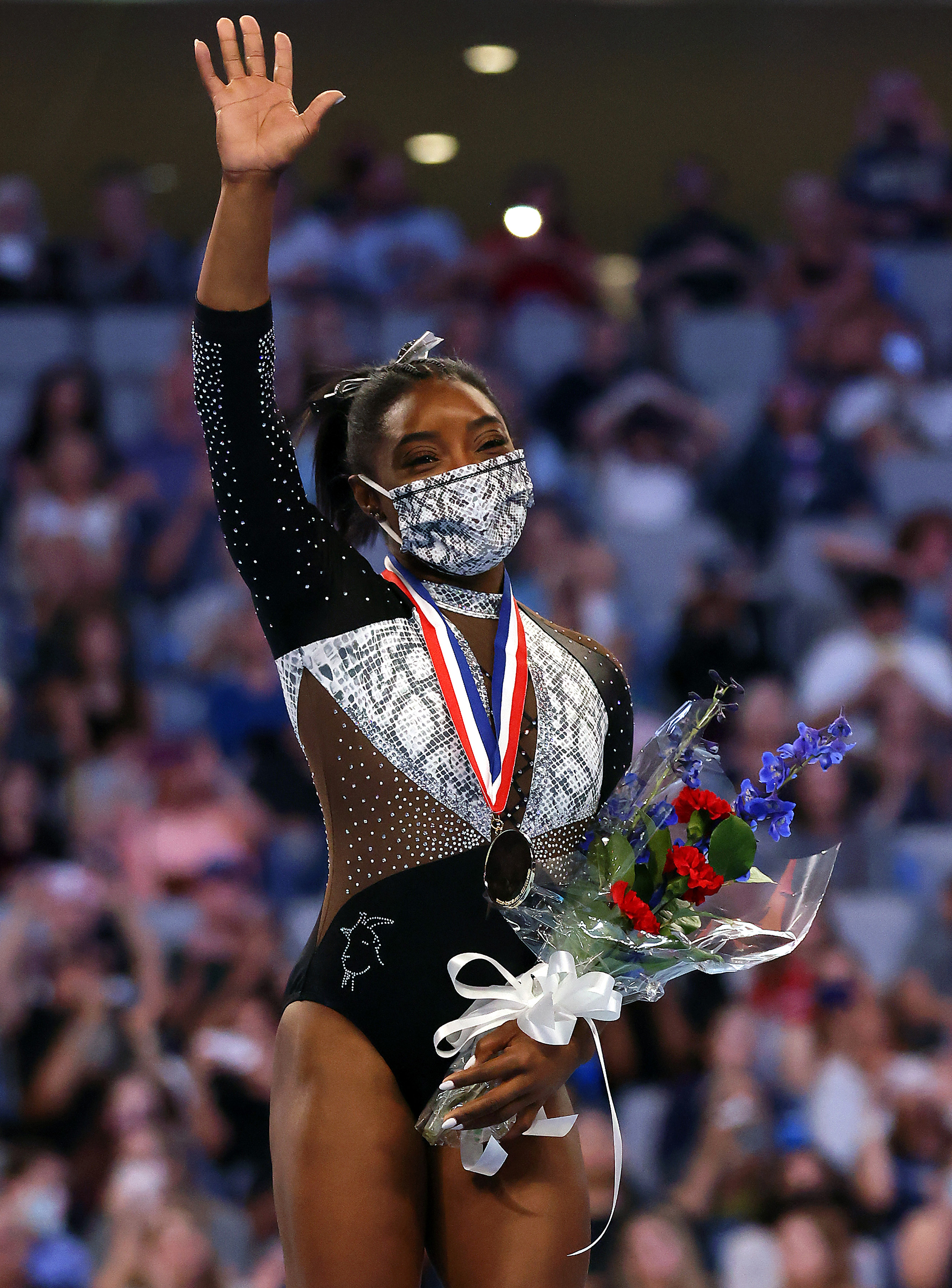 Owens celebrated Biles’ historic moment on social media at the time, sharing a photo of the gold medalist wearing a rhinestone goat — representing the “greatest of all time” — on her leotard.

“No comparison,” he captioned the shot.