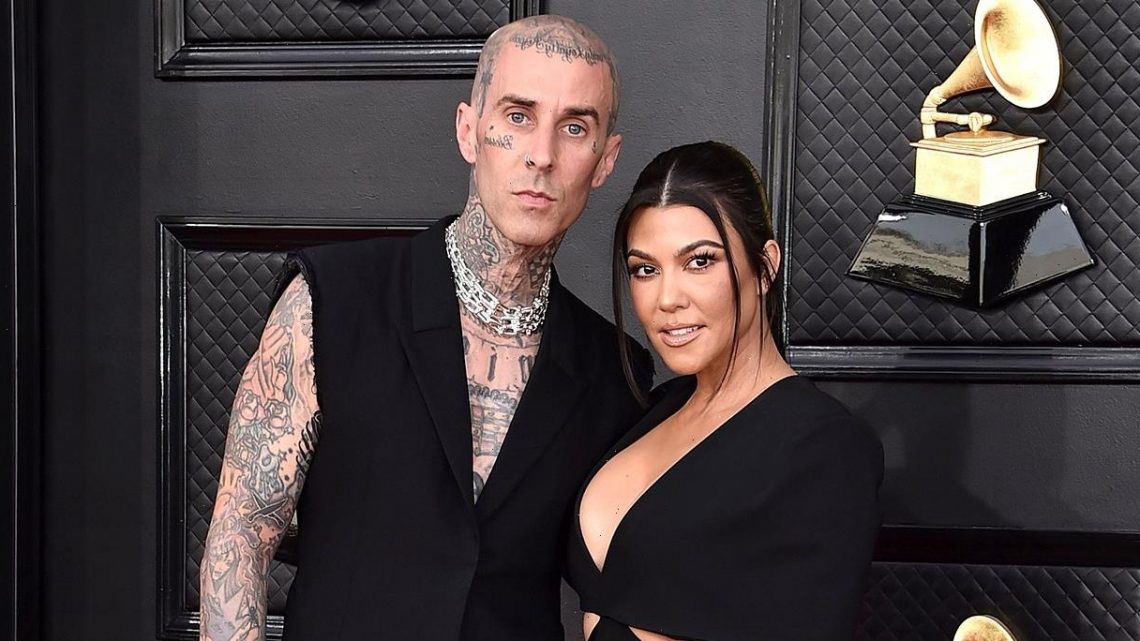 No shame in his PDA game. Travis Barker shut down a negative comment about his over-the-top makeouts with Kourtney Kardashian — and he didn’t hold back.

The Blink-182 musician, 46, shared a series of Instagram photos of himself hitting the gym on Saturday, April 16, showing off his tattooed chest during a workout. “Get after it @barkerwellness,” the caption read.

While Barker’s pals supported his hard work in the comments, one social media user noticed the post was different than the drummer’s usual activity. “No kardashian finger up the ass, tongue, intestines, nudity, pda, etc etc anymore? Slacking,” the troll wrote. 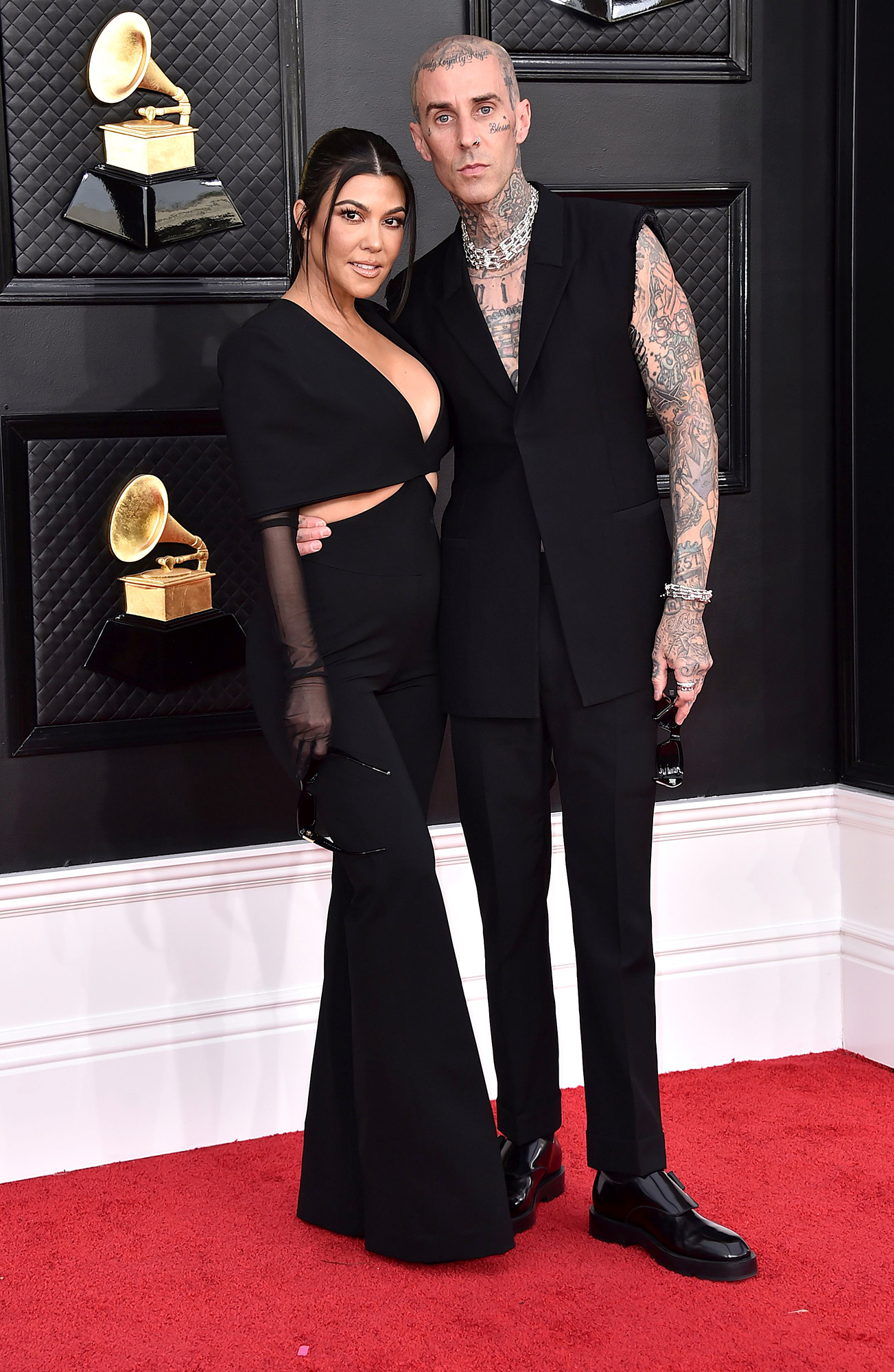 The criticism received a fiery response from the California native, who replied, “Still got the finger up the ass, and my intestines, were totally nude and full pda with my fiancée 🖕.”

Us Weekly confirmed in January 2021 that Barker and Kardashian, 42, had sparked a romance after years of friendship. Less than one year later, the Grammy nominee proposed on the beach in October 2021.

“The engagement was filmed for the new Hulu series, it’s going to look amazing,” a source exclusively revealed at the time, referring to The Kardashians, which premiered on the streaming service earlier this month. “Travis spent forever getting the details right. Kourtney was very surprised at the timing. They both have talked about their wedding and engagement before but Kourtney was very surprised.” 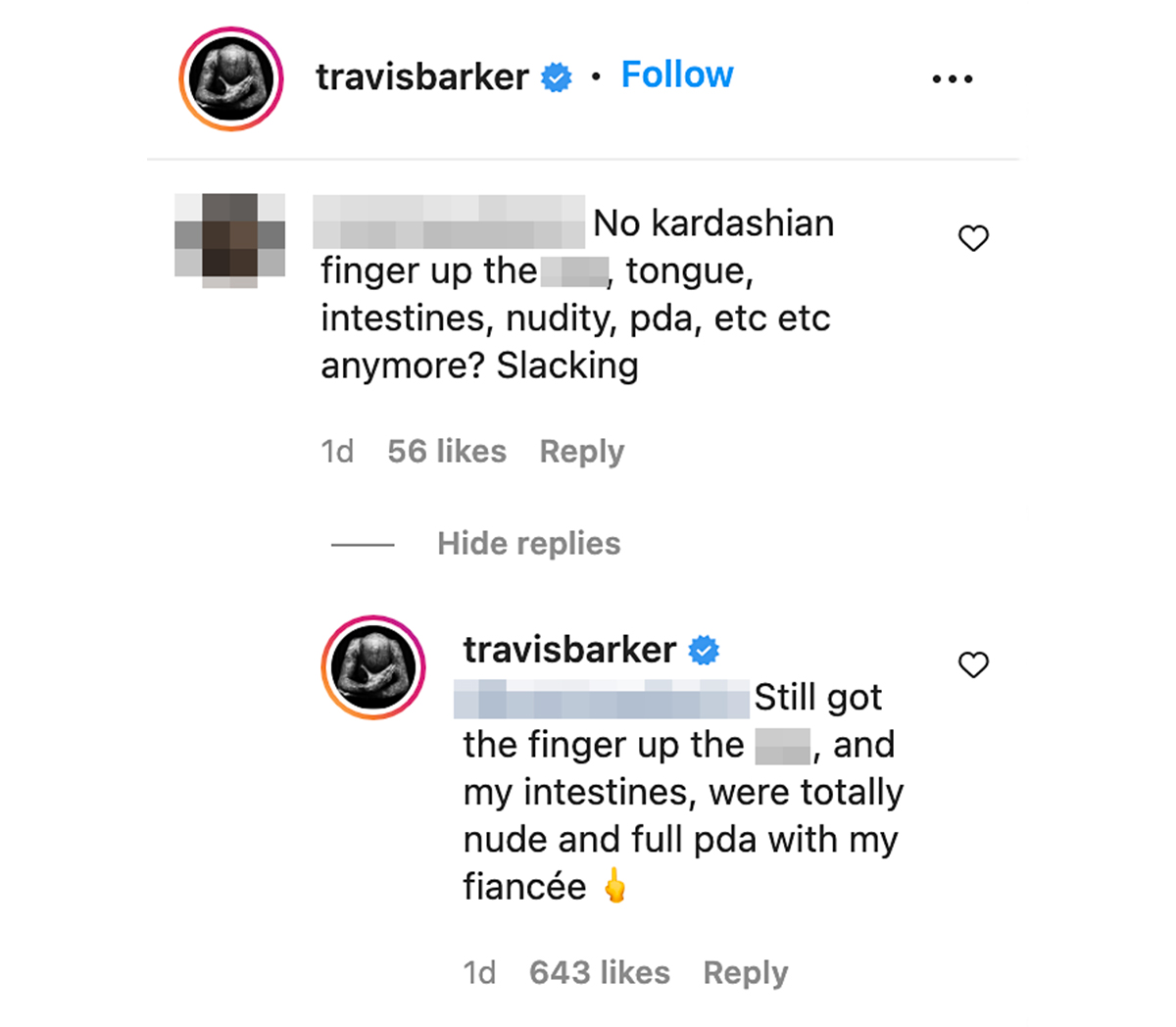 Since going public with their romance, the couple haven’t shied away from putting their love on full display, frequently sharing steamy photos and packing on the PDA at events. In March, the twosome attended the 2022 Grammy Awards in Las Vegas — and held a surprise wedding ceremony at a local chapel hours later. However, the Poosh founder clarified that the nuptials weren’t official.

“Found these in my camera roll,” the reality star captioned an Instagram slideshow on April 6. “Once upon a time in a land far, far away (Las Vegas) at 2am, after an epic night and a little tequila, a queen and her handsome king ventured out to the only open chapel with an Elvis and got married (with no license). Practice makes perfect.’ 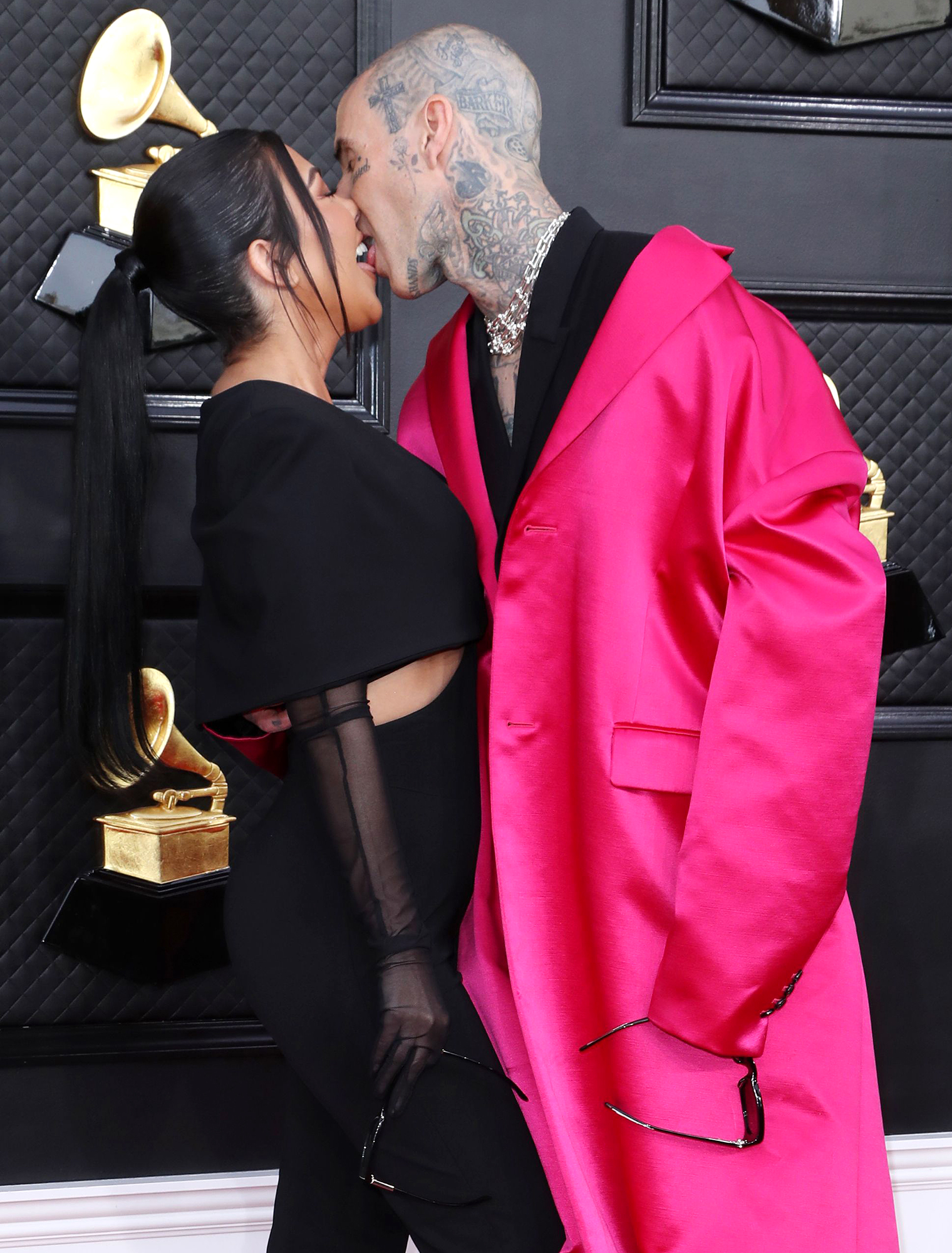 The pair may not be legally wed yet, but Kardashian revealed that they had every intention of tying the knot in Sin City. “It’s not called fake married,” she explained on Jimmy Kimmel Live! during a joint interview with her siblings. “There was no possibility to get a marriage license at that hour. … We asked, like, five times. ‘What do we have to do to make this happen?’ It was 2 a.m. and they were like, ‘It opens at 8 o’clock.’”

Kim Kardashian revealed that she was sound asleep when her sister and Barker visited the One Love Wedding Chapel, finding out about the ceremony the next morning via text. “Like, ‘Oh, hey guys, by the way … I got married last night!’ And I woke up to, like, a million texts,” the KKW Beauty founder, 41, told Jimmy Kimmel. 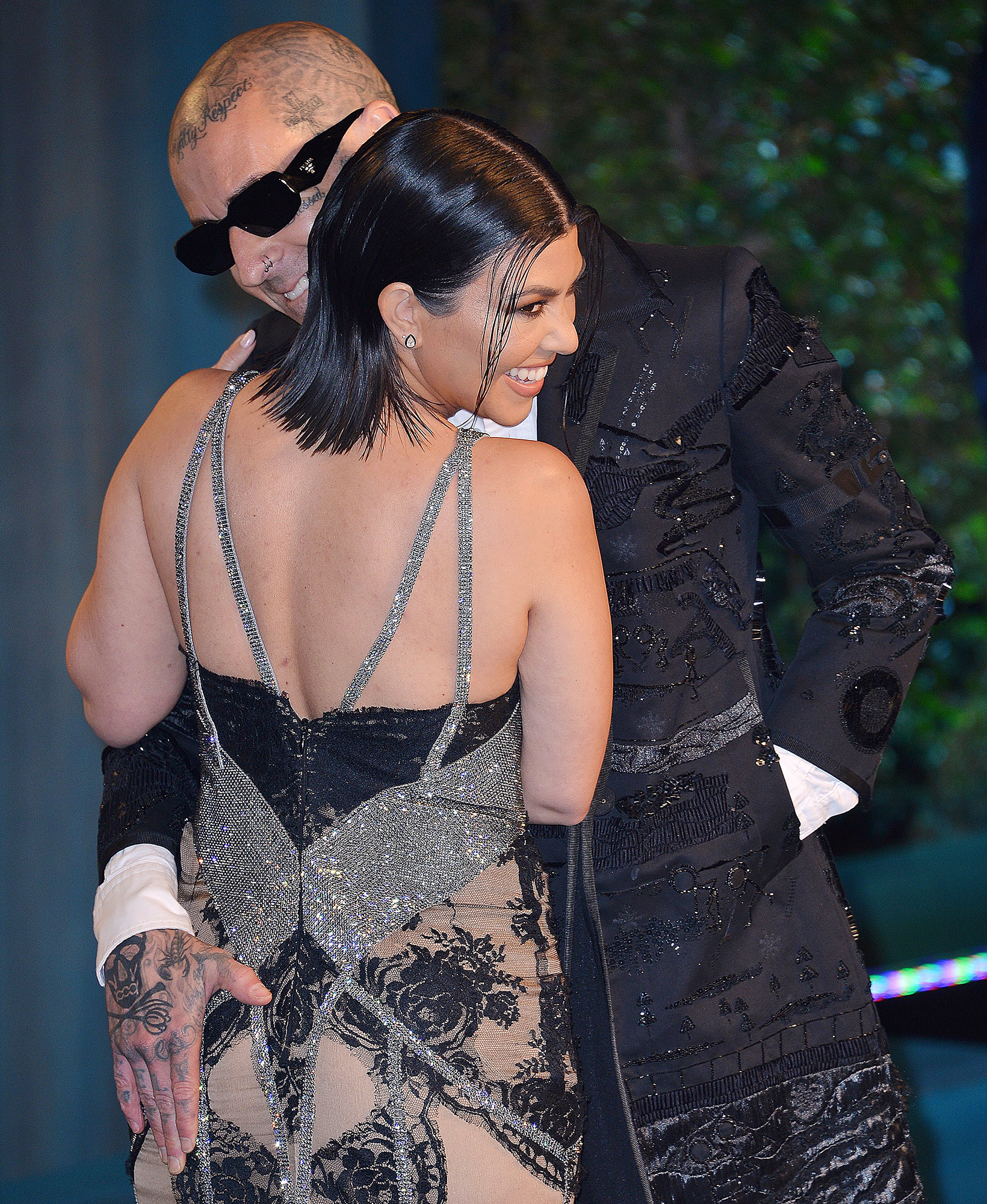 Kourtney and her beau didn’t tell their inner circles about the Vegas adventure “until right beforehand,” a source told Us. “It was totally impulse. They had had such an amazing night and thought it was would be fun. … They will have a bigger celebration with more of their families there, but this was a special night just for the two of them.”

The couple were a major focus during the Thursday, April 14, premiere of The Kardashians — and Kris Jenner teased there’s still plenty more PDA to be seen. “Well, it is 98 percent of the new show,” the momager, 66, joked on The Ellen DeGeneres Show earlier this month. “Is that wrong?”

Optical Illusion Shows Either Old Man or Young Woman, What Do You See?

Everything We Know About Suri Cruise
Entertainment