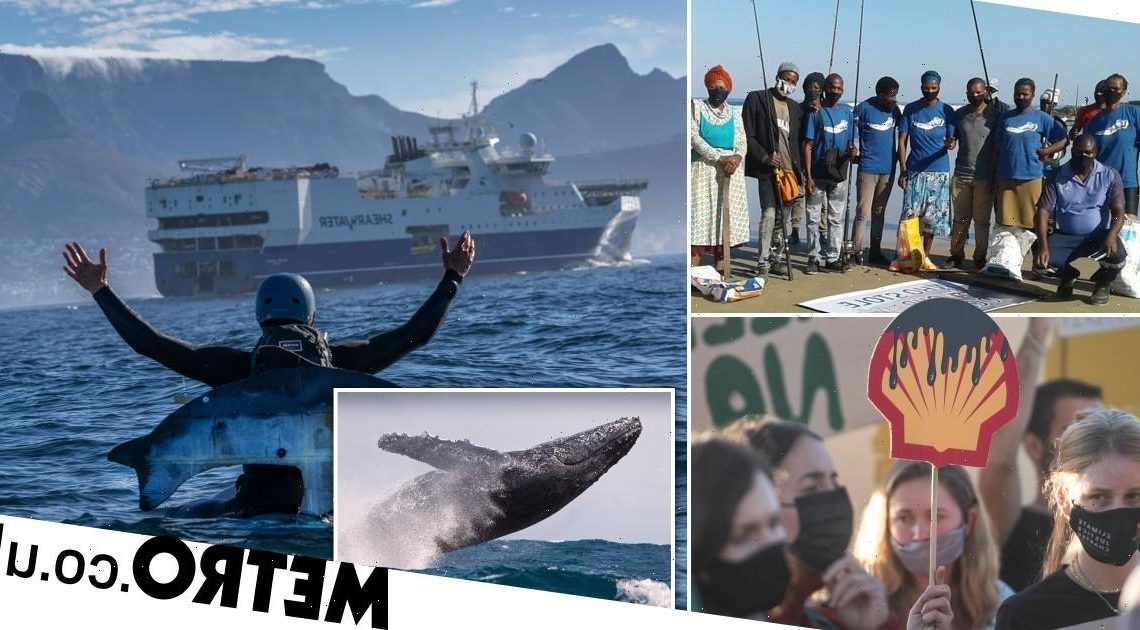 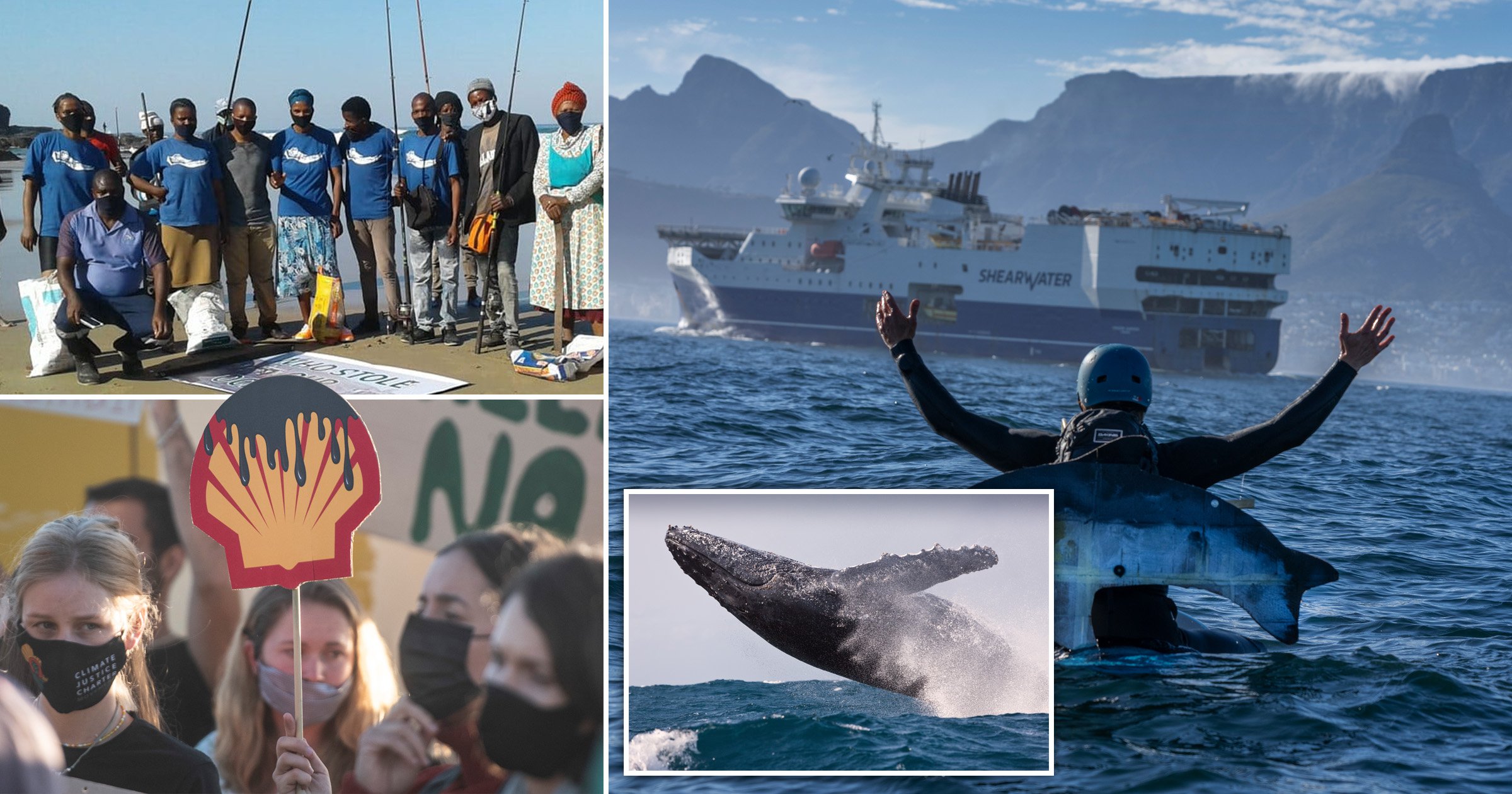 Shell is set to spend the next four months searching for oil and gas along a virtually untouched South African coastline.

The million-pound company plans to look for fossil fuels underneath the sea along the Eastern Cape’s Wild Coast – a stretch of land aptly named for its untamed wilderness and lack of major industrialisation.

But Shell’s ships will have to conduct three-dimensional seismic surveys to do this, using underwater explosions to record ground vibrations which can indicate what natural resources lay beneath.

Environmentalists worry the sound of these explosions, usually created with airguns, will leave marine life ‘panicked and damaged’.

This is particularly worrying given that Shell’s ships – appointed Shearwater vessels – will start their surveys on December 1, during whale season.

Southern right and humpback whales migrate to southern Africa’s warmer waters between June and December, to mate and rear their calves.

Shell’s disruptive surveys will begin just as whale families start making their way back to icy feeding grounds in Antarctica this year.

This prompted more than 100 activists, including Extinction Rebellion Cape Town and Oceans not Oil, to protest the plan last Sunday – when Shell’s ship, the Amazon Warrior, arrived in Cape Town’s harbour.

Several other demonstrations have taken place in different parts of the country throughout the week.

Whilst many have spoken about how the explosions could hurt or even kill sea animals, others tried to bring attention to how local fishing communities would be affected if Shell finds what it is looking for and starts to mine oil and gas.

Local organisation Project 90 by 2030 said: ‘The extraction [of oil and gas] would bring devastation to the at-risk marine life, to local fishers whose livelihoods depend on the natural ecosystems and fish stocks and the communities on the coast of the Eastern Cape.’

One small-scale fisher from Port St Johns, a town in the area Shell is evaluating, said: ‘Power ships are not the answer. The reality is that only big business will benefit from this, while small scale fishers and our communities will suffer.’

Fisher Natalie-Jane van, from Saldanha Bay, said: ‘Subsistence fishers in the West Coast have been fishing here for decades. For generations, our livelihoods have come from the ocean. This is where our skills and expertise lie.

‘We are familiar with the marine species that live and breed here and are not willing to risk these for a bit of electricity that could be generated in a number of other, more sustainable ways that do not threaten fisher jobs.

‘Sadly, even with our knowledge, small-scale fishers are always excluded from decisions regarding the ocean.’

On top of the obvious disruptions of underwater explosions, conservation strategist Dr Judy Mann said the area’s Agulhas Current, one of the fastest-flowing currents in the world, will make it difficult to manage anything going wrong.

She told the Daily Maverick it would probably be impossible to contain any expected or accidental oil spills.

An Oceans not Oil petition, calling on leaders to revoke Shell’s approval, now has more than 250,000 signatures.

Shell’s application to explore the area was given the green light on December 8, in 2014, before the South African government agreed on the One Environmental System legislation – aligning the previously fragmented and often contradictory mining laws in the country.

Many believe Shell would have been denied this permission had the One Environmental System been in effect earlier.

The Department of Forestry, Fisheries and the Environment (DFFE) has said South Africa’s permission for Shell will remain legally valid unless it is thrown out by a court.

The department stressed Shell would have had to have submitted an environmental management plan with its application.

Shell said: ‘Shell has long experience in collecting offshore seismic data and the welfare of wildlife is a major factor in the stringent controls we use, strictly following the international guidelines of the Joint Nature Conservation Committee.

‘These are based on decades of global scientific research. We take great care to prevent or minimize impacts on fish, marine mammals and other wildlife.’

Metro.co.uk has contacted the Department of Mineral Resources and Energy (DME), which granted Shell’s approval, for comment.

Get in touch with our news team by emailing us at [email protected]o.co.uk.