Home » Lifestyle » “Sexualised or shunned”: What it’s like to be a fat woman on social media today 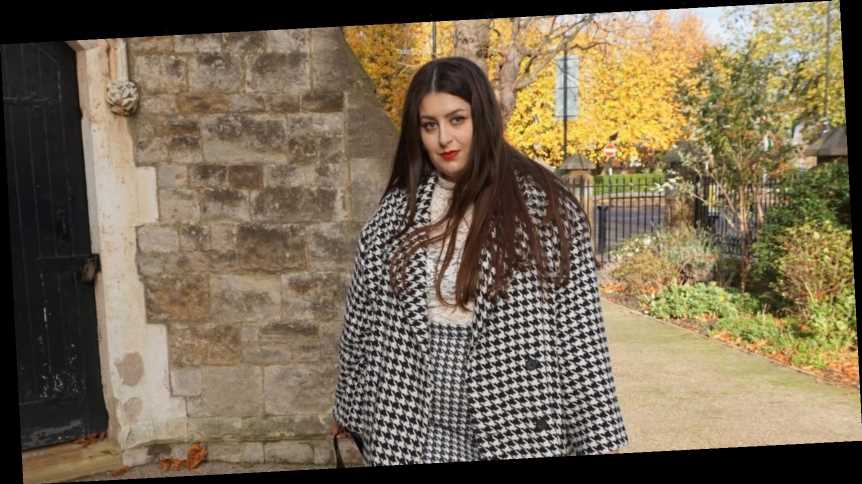 “Sexualised or shunned”: What it’s like to be a fat woman on social media today

We live in a world where all too often women are reduced to the way they look, but for fat women, they are either sexualised or shunned, celebrated or criticised. There is no inbetween – instead, just harsh extremes, writes Mollie Quirk.

As a size 16-18 woman, I’m familiar with the reception that bigger women receive IRL – rude remarks and backhanded comments on a day-to-day basis. But being a positive body image advocate who posts photographs on Instagram of my bigger body in underwear is a completely different ball game.

In real life you rarely have strangers approaching you telling you that you’re ugly, that you need to lose weight or have random men telling you what they’d like to do to you in the bedroom, but online it’s different.

The photos I post on Instagram are met largely with positivity, especially from women with similar body types to mine, but there is another side – the constant sexualisation or shunning that I receive, mainly from cisgender men. The unwarranted messages creep into my Instagram inbox each day –unsolicited dick pics, marriage proposals, fetishised remarks, explicit videos, harsh assumptions and unrequested advice about my weight.

For example, a few months ago on a post about diet culture, somebody commented that obesity is not healthy and that I am not aesthetically pleasing; last month I was told that I should ‘get fatter’ because I’m too “small” and last week I was asked if I wanted to buy “fat burning shots” or attend a personal training session that is proven to “burn fat fast”.

Already familiar with the criticism bigger people receive from my years at school, I expected the harsh critique when posting photographs of my fat body on the internet. At school I had a hard time, mainly due to being bigger than other girls my age. I was excluded, called names, kicked, tripped up and mocked in the PE changing rooms.

When I started posting, I knew what I was getting myself into, but the empowerment of other women was more important to me than a few harsh comments. One thing I wasn’t prepared for however, was the sexualisation I face on a daily basis.

I opened my Instagram message requests in December last year to read a very graphic sexual message from a man in his thirties in response to a photo of me wearing a blue underwear set. It made me feel uncomfortable to the point that I almost deleted the photo. But the amount of positive messages I received from bigger women praising me for representing fat bodies in lace underwear far outweighed the negative.

Reading his words sent a sickening feeling to my stomach – why was a photo promoting self-love to other women being used for the sexual gratification of men? I tend to send back a vomiting emoji to any objectifying messages before reporting the account on Instagram. Some other messages I’ve received lately are even more explicit, describing sexual positions they’d like to see me in and calling me “fatty”. These grotesque messages are as relentless. The sexualisation and fetishisation of my fat body makes me feel inferior, like an object.

Being a fat woman who bares her skin on social media is met with a divided audience that either appreciates you, sexualises you, or shuns you. People will often comment on my photos telling me I’m promoting obesity or going to die before I turn 30, telling me to “go on a diet”. Fat women can’t simply exist – not in the same way as our smaller and slimmer counterparts. Slimmer women aren’t immune from trolls and sexualisation – it happens to women regardless of their body type, but for fat women it is worse.

When I call out the comments, I receive messages telling me that the content I post is “too revealing”. But why should I, or anybody for that matter stop posting photos in order to dodge the male gaze? Most women who post lingerie photos online do it for the good and empowerment of themselves or other women, or they may do it as a way of making money whether this be modelling for brands or for their own Instagram account.

Plus-size fashion blogger Emily Crosby says she often receives sexualised messages on Instagram, even though she only posts fully-clothed photographs. “Despite my refusal to post content that might encourage this type of message, It seems that even by just existing on Instagram as a fat woman (no matter what I post), I get unwanted sexual messages and pictures.” Emily says she has received all kinds of messages from men on Instagram, some of which greatly affected her. From men wanting her to sit on their face, to other men telling her how deep they want to put their dick in her belly button. This has prevented Emily from posting photographs in lingerie through the fear of the sexualisation she will likely receive.

Multi-award winning blogger and author of Fattily Ever After, Stephanie Yeboah spoke to Stylist about her experience online as a Black plus-size woman. She said that “when existing in a fat body, there are people who can have the tendency to dehumanise you to the point of being seen as a mere sexual object, something strange and foreign.”

As a Black plus-size woman, the feeling of being an object is exacerbated, Stephanie explained “when you add my Blackness onto my weight, it further intensifies the insidious curiosities of non-Black people. To them, we are seen as nothing but something foreign, feral and challenging to colonise sexually.”

She continues: “Black bodies have been objectified and politicised since the days of slavery and colonisation. We were (and still are – to an extent) seen as objects to be used on the whims of white men, and some of this is due to the damaging stereotypes that we as Black women have been landed with, such as ‘aggressive’, ‘dominant’, ‘strong’, ‘exotic’, and other racially motivated keywords that further remove us from the narrative of femininity.”

Stephanie says she mainly receives sexualised messages through the dating apps that she uses, “they can range from messages such as, ‘I’ve never been with a Black woman before’ and ‘I’ve heard fat women give the best oral sex/you’ve got more cushion for the pushing’ to ‘I want you to sit on my face you beautiful ebony chocolate goddess’ and ‘I love your rolls and your belly, would you put on more weight? It gets me off’”.

Stephanie also receives messages from men when she ignores their “fetishistic and hypersexual remarks” about her body, she said. “In those cases, when I either ignore or respond telling them not to talk to me in that way, they end up fat shaming me or harassing me about my weight, which makes absolutely no sense!”

How do we stop the sexualisation of plus-size women? And what about the shunning of fat bodies? We need to find a place where bodies aren’t objectified for being a particular way, a place where Black bodies don’t face racial fetishisation and a place where we can look at all bodies with neutrality.

Reporting the accounts of people who objectify us online isn’t enough – it works short term, but this is a deeply-rooted issue that needs to be addressed – we need to educate young people properly about racism, fatphobia and the sexualisation of women among a number of other issues.

Luckily, the plus-size community is supportive and resilient. And luckily I take every comment and message I receive with a pinch of salt. The positives from promoting a positive body image override the negatives – as long as my posts are helping other women love their bodies, I will continue to post photos of myself in underwear.