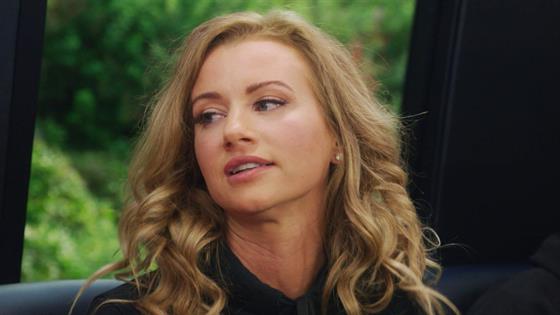 It’s hardly day one, but Stephanie and Joel Halcro are already mad on vacation in this clip from Sunday’s new Relatively Nat & Liv, after an increasingly philosophical chat about vaccines degenerates into a full-blown screaming match, tears and everything. Also a little mad? Natalie Halcro, who’s sitting across from her siblings on the decked-out party bus she and Olivia Pierson previously arranged to take them up to the mountains for what the ladies hoped would be a wholesome getaway.

“Oh my god. This is not how I envisioned the family trip starting,” Liv tells the camera, and Nat agrees “it’s trash.”

Dreams for a perfect family weekend aside, Stephanie and Joel’s argument crops up at a particularly undesirable moment for their sister, being that she’s curled up next to on-again, off-again beau Aygemang Clay and he’s never met her family before.

“Honestly, I thought we’d have a nice time…I’d be with Aygemang, it would be bliss,” Nat imagines later, though the IG personality quickly confirms it wasn’t. “Nope!” she finishes.

Bizarrely enough, tension between Stephanie and Joel starts with some spirited commentary about science.

“Vaccines are a religion,” Stephanie argues, defending her anti-immunization stance to the group. “They’re based on a theory.”

Joel tells her that’s “scientific method” (and he’s right, which is probably what concerns his sister so much about vaccinations) but Stephanie is already on a roll.

Feel like venturing down this rabbit hole today? Watch Stephanie and Joel’s squabble break out—and note the rest of the cousins’ reactions—in the clip above!