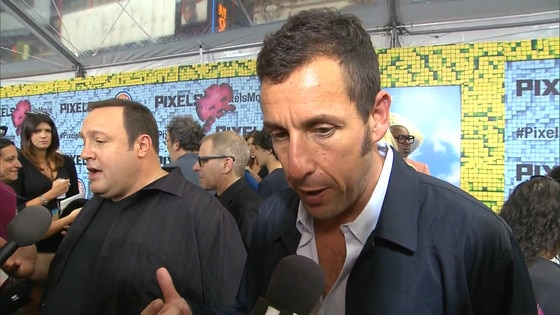 “I wanted to tell you a quick thing about my Sunny,” he said while his little girl stood beside him. “I had a hair coming out of my ear apparently and Sunny told me about it. And she said I look goofy, so I went and shaved it. I took the razor I usually shave with and I went like this and then I came downstairs and said, ‘How’s that, Sunny?’ And she said, ‘You’re bleeding.’ Tell Jimmy what it looks like back there.”

Taking over, Sunny continued, “So, it’s, like—it’s bloody and then there’s a big gut.” Chiming in, Adam added, “She says there’s apparently a gut coming off my ear.” As he explained more, the dad of two dabbed his ear with a paper towel to show Jimmy the damage. “So, you can see there’s a little blood,” he said. “But we’re coming down, sweetie. Much better.”

Switching gears, Jimmy and Adam also discussed how the Saturday Night Live alum is faring while practicing social distancing. After calling himself a homebody by nature, Adam admitted that not being able to decline plans hasn’t been fun.

“I think I’d rather have the—I like it better [to] say no,” he explained. “I like when my wife says, ‘Hey, let’s go somewhere.’ And I go, ‘Nah, I don’t want to do that.’ But I don’t like being told by this pandemic you can’t go anywhere. I like it better, you know, it’s cooler to say no.”

As for what Adam’s last big night out entailed, he continued, “I saw Jim Carrey‘s movie [Sonic The Hedgehog]. I noticed that people were spread out, there were only a few of us in theater. I was laughing very loud…I called Carrey from the theater. I was telling him how funny he was while it was going on. I didn’t know it was going to be the last movie I ever saw.” 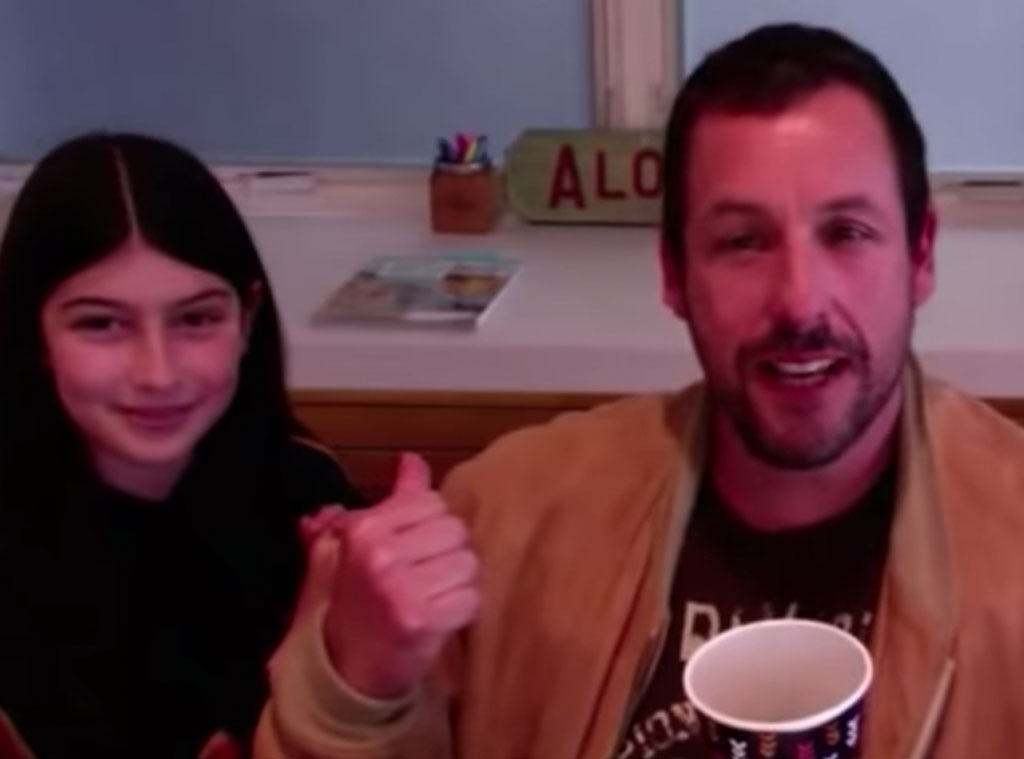 While it may seem like the Billy Madison star and his family are having the best time cooped up together, Adam assured Jimmy that they’ve had their ups and downs. “The worst thing about this quarantine, it used to be when I snapped in the house I’d get thrown out. My wife would be like, ‘You better go. Get out. You’re acting nuts.’ And I would leave. Now, she’s like, ‘Get the hell out. Hang on, let me get you a mask and gloves.’ And by the time I get the right stuff to leave, she’s like, ‘Alright, just stay. It doesn’t matter, whatever.'”

Watch Adam and Sunny recall his grooming endeavor gone wrong and hear which one of his comedian friends he misses the most in the hilarious video above!