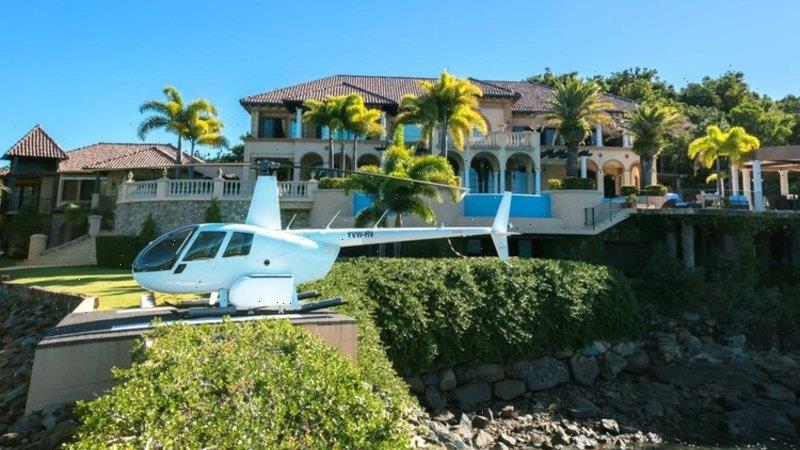 Rush to ritzy rentals as borders reopen across Australia

Last-minute holidaymakers with large bank accounts are boosting the prestige holiday rental market across Australia – and they’re willing to pay as much as $140,000 a week for a luxury break.

Homes have been listed with rents between $2000 and $20,000 per night, as wealthy tourists – including expats – return to their favourite spots after being kept out of the country by COVID-19.

Luxury homeowners are taking advantage of the chance to list their residences on short-stay accommodation sites at the last minute, preferring to travel overseas rather than stay at home. 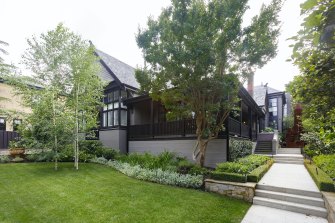 Wisteria Place in South Yarra is up for rent for $39,000 per week.Credit:Luxico

Listings portal Luxico’s co-founder Alexandra Ormerod said there had been a rush of high-paying holiday tenants and those wanting to put their homes back on the short-term rental market as Christmas drew near.

“We certainly saw a huge rush of bookings after the border openings were announced in Victoria, NSW and Queensland,” Ms Ormerod said.

Those announcements, and that of the Australian international border reopening on December 15, gave people certainty they could book a short but luxurious break and relax over the festive season, she said.

“I think people have cancellation fatigue, and they didn’t want to book until they were absolutely sure they could travel,” Ms Ormerod said.

Some of the most popular areas for luxury rentals included the Mornington Peninsula in Victoria, where many holidaymakers fled during the coronavirus crisis in Melbourne, Ms Ormerod said.

But people are also keen to stay closer to the city.

In the ritzy suburb of South Yarra, Wisteria Place is up for rent for just over $39,000 per week. Tenants get an immaculate home with a heated swimming pool, high-end furnishings and a gourmet kitchen.

Melbourne is not the only city to experience a rush in last-minute luxury short-stay rentals, with Sydney’s luxury rental market also springing back into action, though it is yet to return to pre-COVID-19 levels, Villa Getaways co-owner and sales director Kris Clements said. 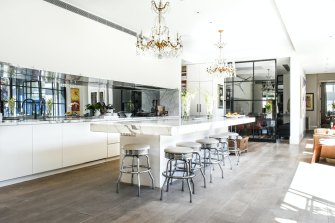 Wisteria Place has a gourmet kitchen.Credit:Luxico

Mr Clements said Sydney’s luxury homeowners were now looking to book holidays overseas in Aspen and the Maldives, returning their homes to the short-stay rental market before they left. And many people who had been locked out of Australia were planning on returning for a holiday.

Travellers from Hong Kong, Mr Clements said, face three weeks of hotel quarantine when they return home, but it wasn’t stopping them from the ultimate luxury trip.

Some of the best properties in Sydney include a Spanish Style Villa known as the Grand Rose Bay harbour view mansion. With sweeping views of Rose Bay, a swimming pool and cabana and lush gardens, the home costs $29,750 per week to rent. 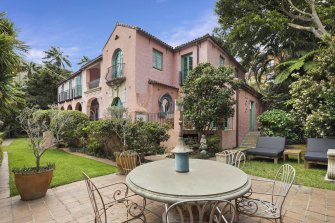 The rush to Queensland, and more particularly the resort area of Noosa, has been on the cards for many holidaymakers, particularly those stuck interstate.

Niche Luxury Accommodation managing director Sue Willis said demand has been so great properties are booked until midway through 2022.

“When there was the announcement of the borders reopening, phones rang off the hook,” Ms Willis said. 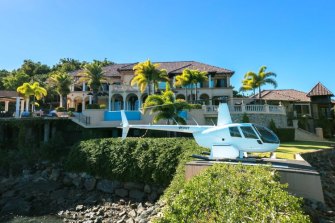 There’s even room for a helipad at Mandalay House in Queensland.Credit:MandalayHouse.com.au

It was a similar story in the Whitsundays, where properties have been fully booked as people return to Australia, including Mandalay House, which has a rent of $20,000 per night, or $140,000 per week, over the festive season. 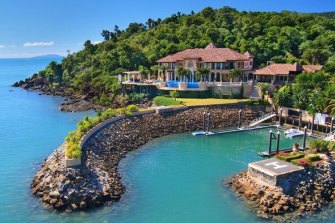 The luxury home near Airlie Beach has six bedrooms with a private marina and beach, horizon pool, home cinema and a helipad.

Mr van’t Hoff said the rush to Queensland’s tropical holiday destinations was no surprise after the lockdown.

“Where else would you want to be?” he said.

The Business Briefing newsletter delivers major stories, exclusive coverage and expert opinion. Sign up to get it every weekday morning.