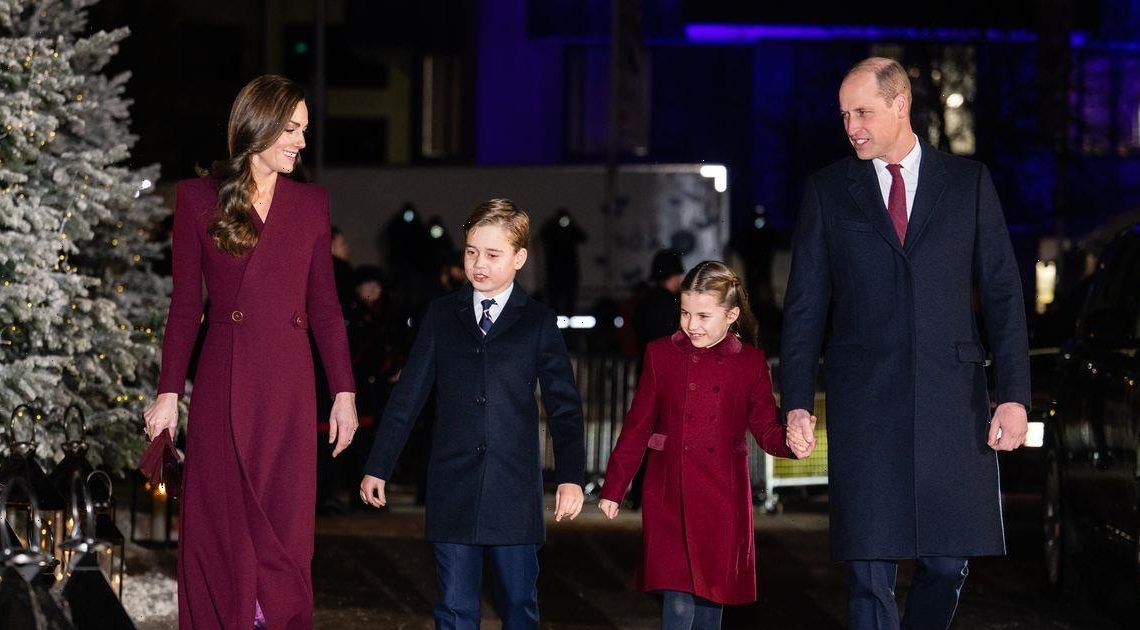 As Christmas arrives for yet another year at the Prince and Princess of Wales’ home, the family will once again adopt some of the historic traditions passed down from generation to generation.

Among these traditions, is the exchanging of gifts, something that isn’t dissimilar to many other families around the UK.

However, unlike families that typically celebrate on December 25, the royals exchange their gifts one day early on Christmas Eve, with William and Kate joining the rest of their royal relatives at around teatime to lay out all their gifts on a series of trestle tables.

He told The Sun: “The royals are of German descent so they weave in German traditions to their celebrations.

“After afternoon tea, they open gifts on Christmas Eve, as is the German tradition.”

As well as paying homage to their heritage, the early celebration also holds a practical element too, as the family enjoys a jam packed schedule on Christmas Day, including attendance at church.

However, the magic of Christmas Day isn’t erased completely, as George, Charlotte and Louis will also receive some presents on December 25 too to help top up their excitement and reward them for their good behaviour throughout the year.

“While Kate and William avoid overly spoiling the children, they let the rule slide at Christmas,” a source said, as reported by Marie Claire.

Last year, the three young royals woke up at 5am as they excitedly raced to see what Father Christmas had left for them under the tree.

Among some of the gifts were tents, walkie talkies and a climbing frame for George and Louis.

Meanwhile, Charlotte was treated to a children’s video camera to help her continue to pursue her interest in filmmaking and photography.

All three children also received a number of additional gifts too, which included games and books, according to the source.

It wasn’t just the children experiencing a touch of festive magic however, as William was also said to have treated wife Kate to a heartwarming gift too.

“After a busy year, William wanted to make this Christmas extra special for Kate and surprised her with a beautiful bracelet,” they told the publication.

Last year Kate also treated her entire family to a home cooked Christmas dinner too, complete with turkey, stuffing, pigs in blankets, ham, roast potatoes, and all the trimmings.

Followed by a yule log and apple pie, the children even got stuck in with baking as they helped Kate to decorate a gingerbread house adorned with their favourite sweets.