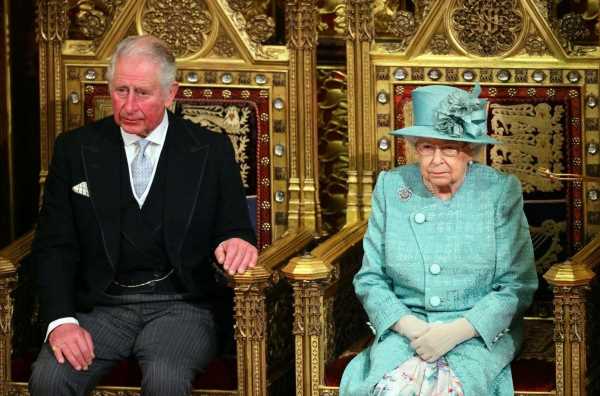 Royal Author 'Not 100% Sure' Prince Charles Will Become King

Queen Elizabeth II isn’t immortal. She’s been the head of the British royal family for decades but she can’t rule (or live) forever. Upon Prince Philip, Duke of Edinburgh’s death in April 2021, the world got a harsh reminder that the end of the queen’s reign is drawing closer. Prince Charles is poised to take over but will he? One royal author isn’t sure.

Prince Charles is first in the line of succession

Charles is first in the royal family’s line of succession as the oldest child of the queen and Philip. He’s spent the majority of his 72 years knowing that someday he’ll lead the royal family when his mother dies.

Unlike the queen, Charles has had decades to prepare. He has years of experience carrying out royal duties and giving speeches. He knows how things work within “the firm” or the institution of the royal family.

Here’s the current order of the royal family’s line of succession:

It’s a peculiar time for the royal family. Harry and his wife, Meghan, Duchess of Sussex stepped down as senior royals in 2020. They opened up in a bombshell interview with Oprah in March 2021 about their experiences within the firm that didn’t reflect positively on the royal family. Meanwhile, Harry’s relationship with William is strained.

Because of the current state of the family and the firm, royal author Anna Pasternak isn’t positive Charles will take over for the queen.

“I’m not 100 percent sure that we will see Charles ascend to the throne,” Pasternak told Vanity Fair in April 2021. “The Sussexes have sparked something so fundamentally incendiary in this country that it is changing the face of Britain, and I think the monarchy as an archaic institution may well topple.”

When Meghan “didn’t want to be alive anymore, she told Oprah she went to the firm for help. The 39-year-old claimed they offered her no support. In the same interview, Harry and Meghan mentioned that someone in the royal family — not the queen or Philip — made racist comments about Archie’s skin color.

All of this on top of how the public feels about Charles may just be enough to make William king.

“It may be that there is such a groundswell of public opinion against [Charles] that it’s deemed by the firm preferable for William to ascend then because he’s younger, more relatable,” Pasternak added.

No one knows what’s in store for the line of succession until Operation London Bridge — the code word for the queen’s death — happens. In the meantime the family operates as usual.

“The monarchy as we know it will last as long as the queen is alive,” Diane Abbott, the first Black female member of Parliament and former shadow home secretary, told Vanity Fair.

When the queen dies “I think there will be a big public debate … and I think what the royal family and their advisers did with Meghan will be part of the argument for change.”

Abbott expects there could be a debate on the floor of Parliament and possibly a trimming down of the royal family. For now, the royal family’s in an official period of mourning after Philip’s death.

This Hanacure Moisturizer Is 'Like 10+ Creams and Serums in 1'

Families unable to console each other, writes PAUL HICKMAN
Entertainment