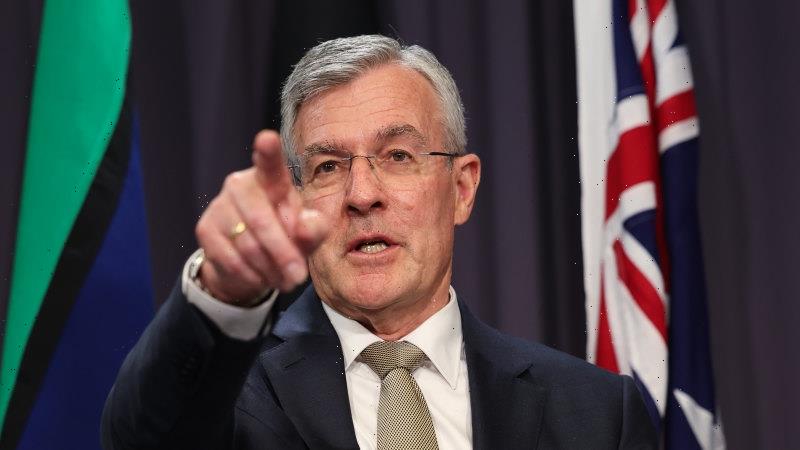 A crossbench campaign will demand crucial changes to Labor’s plan for a national corruption commission in a bid to encourage more public hearings after the government unveiled a $262 million pledge on the new watchdog.

Advocates for the long-awaited reform warned on Tuesday night that the government’s draft plan would restrict the commission by telling it to hold open hearings only in “exceptional circumstances” rather than giving it more scope to reveal its proceedings. 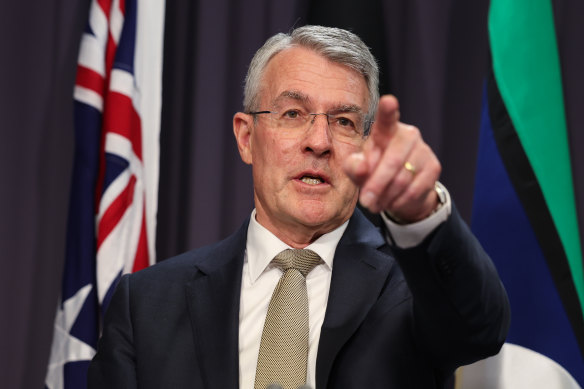 Attorney-General Mark Dreyfus revealed on Tuesday the NACC would have the power to hold public hearings in “exceptional circumstances” and when it was in the public interest.Credit:Alex Ellinghausen

Attorney-General Mark Dreyfus drew praise from legal experts and the crossbench MPs for giving the National Anti-Corruption Commission (NACC) sweeping powers to investigate politicians and public officials but made it clear they would push for changes after the bill is put to parliament on Wednesday.

The government is within sight of a majority in the Senate to legislate the commission this year and set it up by the middle of next year with powers to launch its own investigations, issue public findings and examine “third parties” such as contractors, business figures and union officials.

Labor has argued for several years in favour of public hearings when former prime minister Scott Morrison warned against setting up a “kangaroo court” after state politicians – including former NSW premier Gladys Berejiklian – came under scrutiny from state watchdogs.

Dreyfus revealed on Tuesday the NACC would have the power to hold public hearings in “exceptional circumstances” and when it was in the public interest, a provision that echoes similar language in Victorian law that has narrowed the scope for public hearings by the state’s integrity watchdog.

Independent MPs including Helen Haines and Zoe Daniel expressed concern about this feature of the bill, while the Greens and others signalled they would demand changes in the Senate.

Former Victorian Court of Appeal judge Stephen Charles, KC, said he could understand the government wanting to limit public hearings because of the potential damage to reputations but believed the “exceptional circumstances” language was hard to define and subject to challenge.

“It will delay an investigation and enable a suspect to hide documents or change events,” said Charles, a director of the Centre for Public Integrity and a long-time advocate for the federal commission.

A key concern is that the provision in the bill would dissuade the NACC from holding public hearings and risk Federal Court challenges to delay investigations.

“I don’t want last-minute compromises to wreck the integrity of the thing – that’s what I’m concerned about when I look at the detail,” he said.

While the NSW Independent Commission Against Corruption has broad scope to hold public hearings, the Victorian Independent Broad-based Anti-corruption Commission (IBAC) can do so only in “exceptional circumstances”.

An analysis by the Centre for Public Integrity found the Victorian commission held eight public hearings between 2012-13 and 2019-20 while its NSW counterpart held 42.

IBAC commissioner Robert Redlich went public in May to reject “misinformation” about the treatment of Daniel Andrews after the commission chose not to hold a public hearing when it put questions to the Victorian premier as part of an investigation into alleged corrupt land deals in Casey.

Dreyfus said the NACC would hold public hearings only in exceptional circumstances.

“Public hearings, as we have seen, are more difficult to conduct. They raise questions about reputational harm, which are not faced when you hold private hearings and that’s why most of these commissions’ work has been done in private,” he said.

“We would expect the same to occur with this new Commonwealth agency.”

Labor could gain support from the Coalition to pass its bill through the Senate but may need to turn to the Greens and independents if Opposition Leader Peter Dutton decides against backing the reform, setting up a political tussle over which side decides the final law.

Independent senator David Pocock will push for a broader scope when the bill goes to a parliamentary committee that is due to report in November in the hope of deciding the law this year.

“The independent commission should be able to make hearings public if they believe it is in the public interest, not be constrained to do so in ‘exceptional’ circumstances,” he said.

The Greens are raising the same concern, in a sign they would use their numbers in the upper house to amend the government bill.

“Public hearings and public scrutiny play an essential role in tackling corruption and it must not be reserved for only exceptional cases,” Greens senator David Shoebridge said.

“This will be a key focus of our work during the review and if necessary carried through to amendments in the Senate.”

Haines, a key advocate for the watchdog, said she would look closely at the provisions about public hearings.

Daniel has said the government’s plan broadly ticked the boxes, but she wanted to examine the definition of exceptional circumstances when it came to public hearings before the integrity watchdog.

“How do you define exception circumstances, I think is the tricky question,” Daniel said.

“I don’t resile from the fact that exceptional circumstances is reasonable because there are reputations to be considered here and these investigations need to be taken very seriously.

“But I need to get clear on what exceptional circumstances means, and the fact that public hearings can be held is a good thing.”