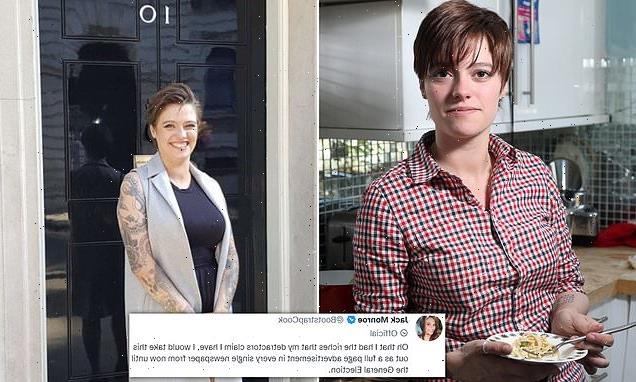 Row between campaigner Jack Monroe and detractors flares up

A simmering social media row between anti-poverty campaigner Jack Monroe and her detractors – who’ve frequently accused her of inconsistencies when discussing her own hardships – has flared up once more.

An anonymous blogger, @AwfullyMolly, who claims to be an NHS worker, has published a scathing ‘opinion piece’ on Monroe, from Southend, who first shot to fame in 2012 after writing a budget recipe blog named ‘A Girl Called Jack’ and has been widely praised for her activism work.

Awcully Molly has accused Monroe of not being transparent about the timings of when her own financial difficulties have occurred, and having an ‘ever-changing back story’.

For example, the blogger references a Facebook post by Monroe on December 11th 2011, that appears to invite fellow parents in her hometown over with their children for ‘coffee, cake and CBeebies’.

A column published in 2013 in the Mirror sees Monroe reflecting on her experiences on Christmas Day 2011, saying: ‘I was alone in a freezing cold flat, with no television, no presents and no food in the fridge – it had been turned off at the mains.’

When similar accusations were tweeted by Awfully Molls and others in summer 2022, Monroe responded, calling the comments ‘deliberately inflammatory abuse’ and saying the ‘attention-seeking’ criticism was ‘relentless’ and ‘intolerable’.

Last month, Monroe apologised to fans who’d contributed financially to her work via the Patreon website, which allows fans to support people whose work they admire via donations, for not fulfilling her promises on content and rewards. 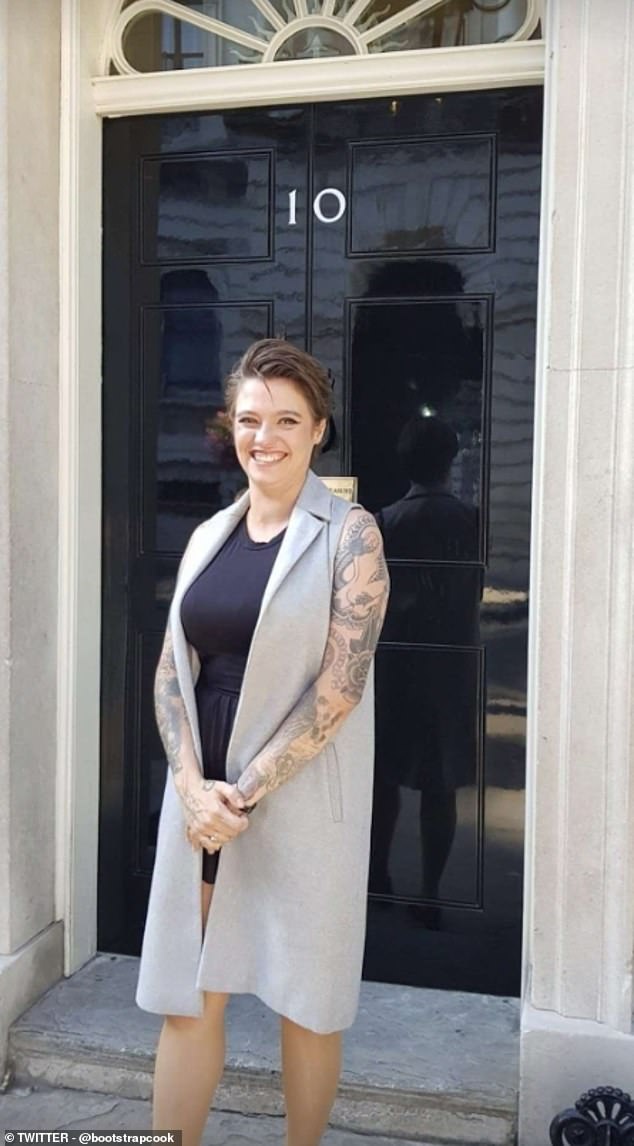 An ongoing social media row between anti-poverty campaigner Jack Monroe, pictured earlier this year outside Downing Street, and her detractors, which began in the summer, has flared up once more – with an anonymous NHS worker publishing an article claiming Monroe hasn’t always been truthful about her own hardships 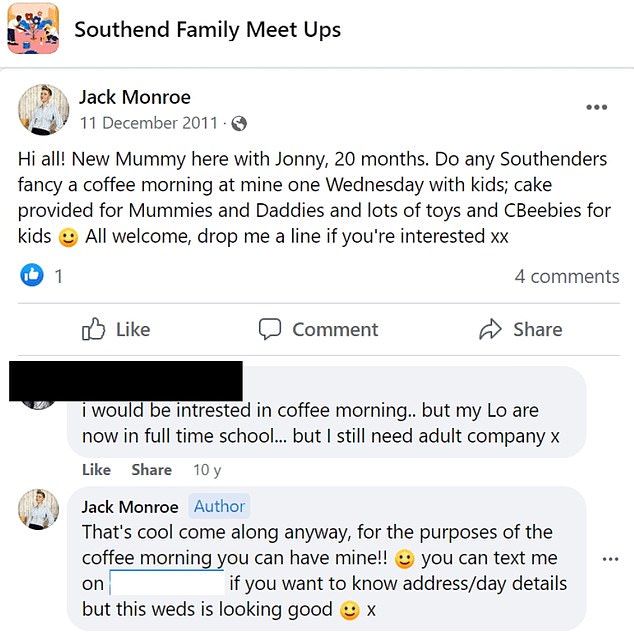 A post that has surfaced from 11th December 2011 sees a person called Jack Monroe inviting fellow parents offer with their children – offering coffee, cake, lots of toys and CBeebies

@AwfullyMolly then published an excerpt from a column written for the Mirror in 2013, which reflected on the food writer’s poverty in 2011. Monroe said she was ‘alone in a freezing cold flat, with no television, no presents and no food in the fridge – it had been turned off at the mains.’

The latest post has seen the clash flare up yet again, with Monroe, who is non-binary and uses the pronouns they/she, not yet responding to the article. MailOnline has contacted Jack Monroe for comment.

Another post by AwfullyMolly claims that Monroe previously said in a post on the Threader website that she had to resort to sex work in 2013; the same year that she achieved success for her work.

They posted: ‘The year of sex work and stealing food to survive. Also the year of the @PenguinUKBooks book deal, @Fortnum award, a column with @Guardian and collaborating with @sainsburys’.

AwfullyMolly told MailOnline they’d written the article to try and ‘make sense of how someone with all these opportunities could possibly be so broke’.

In another extract, the post says: ‘Jack very clearly describes herself as middle-class and well educated. This fits with some of her older blog posts, where she talks about childhood summers in a large, rambling house and being driven around in a Land Rover Discovery. Jack now more commonly refers to herself as working-class.’

Responding to frequent criticism, Monroe told a follower she copes ‘because I know it’s b*******, and that’s what matters. To thine own self be true, and all that.’

Monroe, who has ADHD and has spoken about her struggles with alcohol, has just published her seventh cookery book, Thrifty Kitchen.

The award-winning food writer has worked with major charities including The Trussell Trust, Oxfam and Unite to encourage people to eat well on a tight budget.

The blogger has questioned many areas of Monroe’s backstory, saying they’ve found inaccuracies 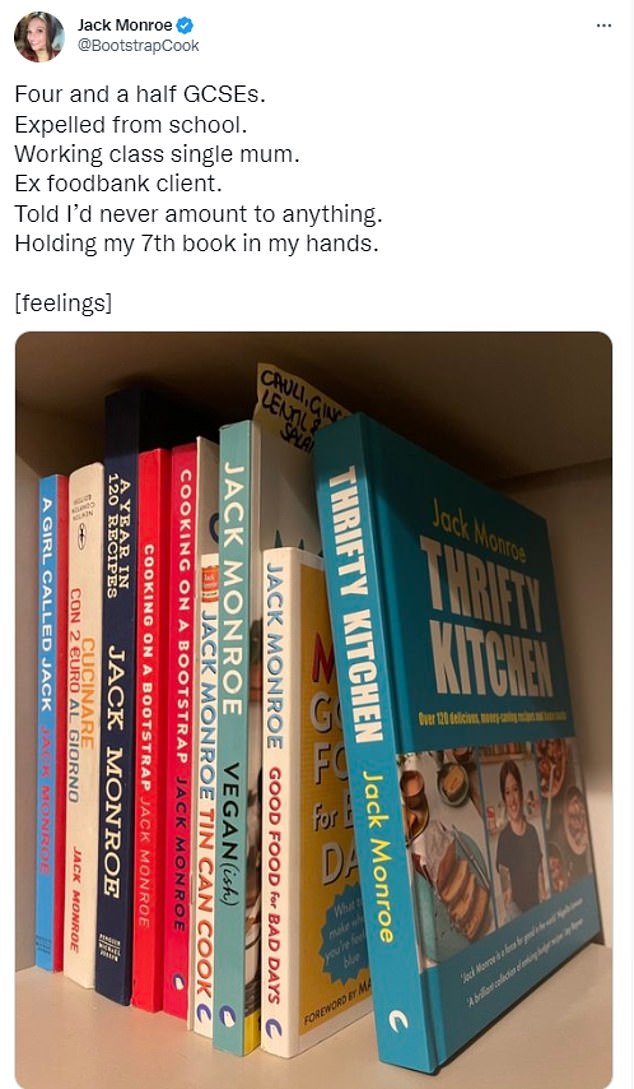 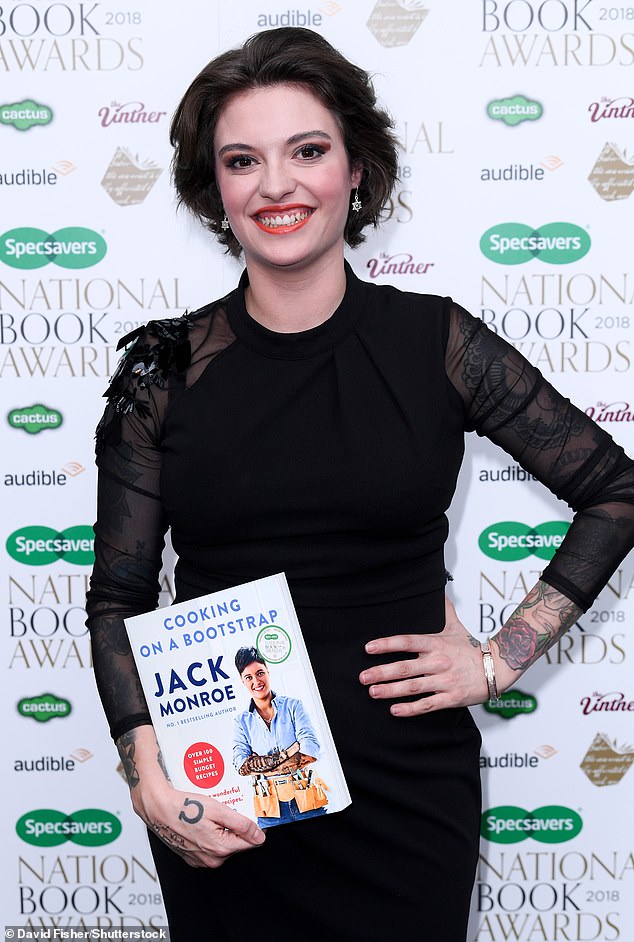 Monroe responded to the criticism online in the summer, calling such comments ‘deliberately inflammatory’ and saying the ‘attention-seeking’ criticism was ‘relentless’ and ‘intolerable’.

Monroe hasn’t responded directly to the latest allegations – but last week told her 569,000 followers on Twitter this week that she was giving Twitter, ‘a burning trash fire’, ‘a swerve’ until a health flare-up calms down

Food bank charity The Trussell Trust defended the food poverty activist, saying she had ‘actively supported our work over the years’ and ‘continues to raise, considerable amounts to support food banks in our network, for which we are incredibly grateful.’

Last month, Monroe apologised to fans who’d contributed financially to her work via the Patreon website, for not fulfilling promises on content and rewards.

In a post on the membership platform where fans, known as ‘patrons’, sign up to support creatives financially, via monthly or annual donations, Monroe responded to criticism about her lack of content.

She wrote to her 614 followers, saying she’d been a ‘long time absent’ from the site and was ‘trying to put it right’ and pledged to post regularly again and ‘fulfil every single unmet Patreon reward from the fallow period’. 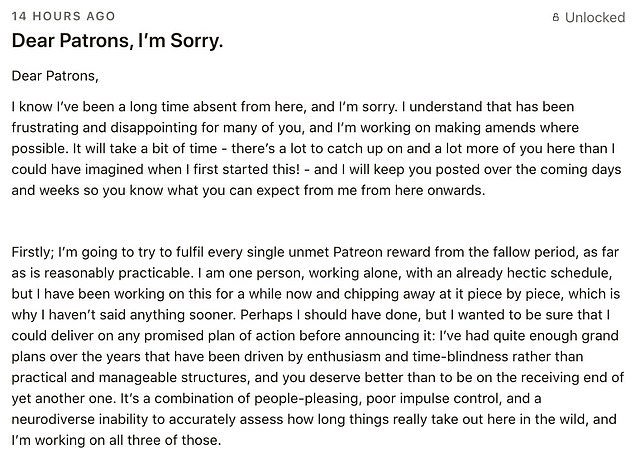 The campaigner defended claims that people were paying ‘money for nothing’, saying the funds had provided her with the means to ‘focus on campaign work and unpaid advocacy work where I may not have been able to do so without your support.’

The current content packages on the site start from £3.50 a month for ‘exclusive content, discounts and good feels’.

The most expensive membership on Monroe’s account is £44 a month, and users are currently promised a host of rewards, including ‘a signed, framed print of one of my food photographs’. 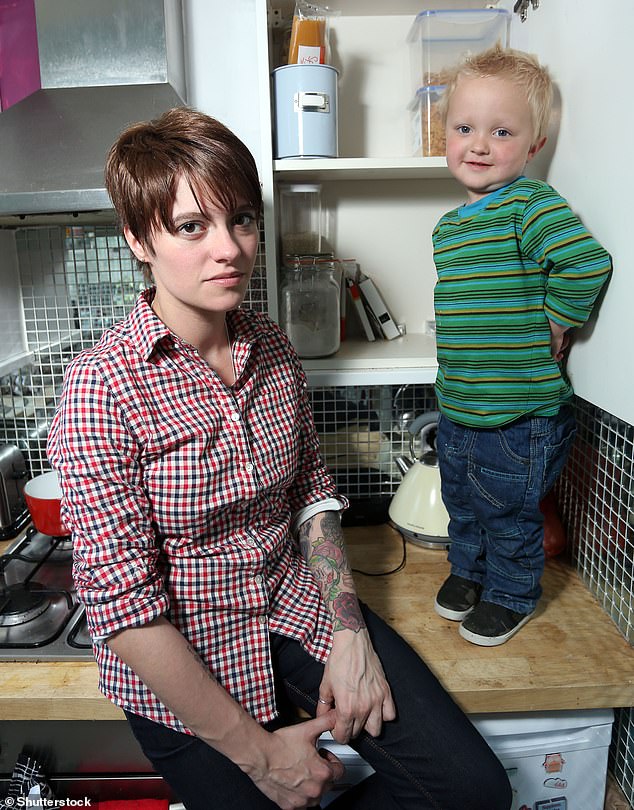 Monroe, pictured with her son, now 12, first shot to fame in 2012 after writing a budget recipe blog named ‘A Girl Called Jack’ and has been widely praised for her activism work

A day later on October 31st, Monroe also clarified in a separate post on her website, cookingonabootstrap.com, that payments made for selling merchandise earlier this year had been donated to food bank charity The Trussell Trust, again following criticism on social media.

When one contributor asked where the funds had gone, Monroe responded that she felt ‘hounded and harassed’ by the comment.

The exchange went: ‘But which charities (apart from Trussell) though? I really would like to know who I’ve helped to support.

Monroe responded: ‘Who to hound and harass, you mean. Nah.’ 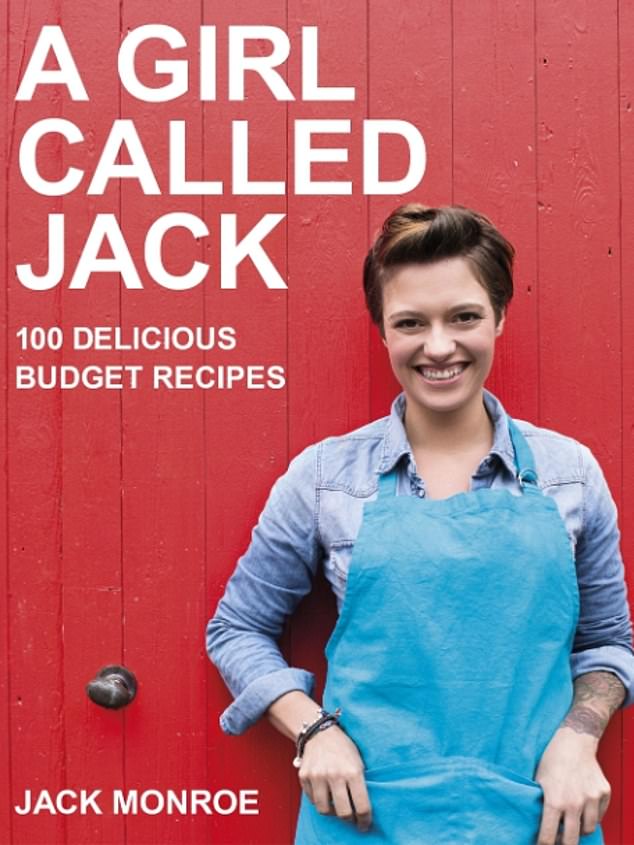 The activist and food writer has called the questioning of her own hardships since she rose to fame in 2012 with her blog, A Girl Called Jack, ‘intolerable’ saying she can only assume she’s targeted by people who are looking for attention

The Trussell Trust confirmed to MailOnline that Monroe has successfully raised more than £11,000 for UK food banks this year via t-shirts and merchandise carrying the slogans ‘Dead people don’t riot’ and ‘This is an Eton Mess’. A spokesperson for The Trussell Trust said the charity was ‘incredibly grateful’.

Blogger @AwfullyMolly told MailOnline that they decided to look more deeply into Monroe’s timeline after a colleague said she was donating money to support the campaigner.

They explained: ‘This was someone I knew did not have money to spare. So I started to try and make sense of how someone with all these opportunities could possibly be so broke, and it quickly became clear that none of her story added up.’

Tweeting her followers this week, Monroe, who has appeared regularly on daytime television shows and presented BBC One’s Daily Kitchen Live in 2020, said she was suffering from health issues.

She wrote: ‘In the middle of a horrendous arthritis flare (poxy cold damp weather!) so sorry for being a bit quiet. Agony + sleep deprived irritability = unwise snarky tweets, so figured I’d give this burning trash fire a swerve til it calms down. Hope you’re all ok out there in the wild!’

The anti-poverty campaigner, who last month won the Observer Food Monthly Food Hero 2023 award, first came to prominence in 2012 with her food blog A Girl Called Jack, now named Cooking on a Bootstrap.

I'm the captain of a cruise ship – here is my luxurious cabin with a bathtub, walk-in closet and 55 inch TV | The Sun
Entertainment