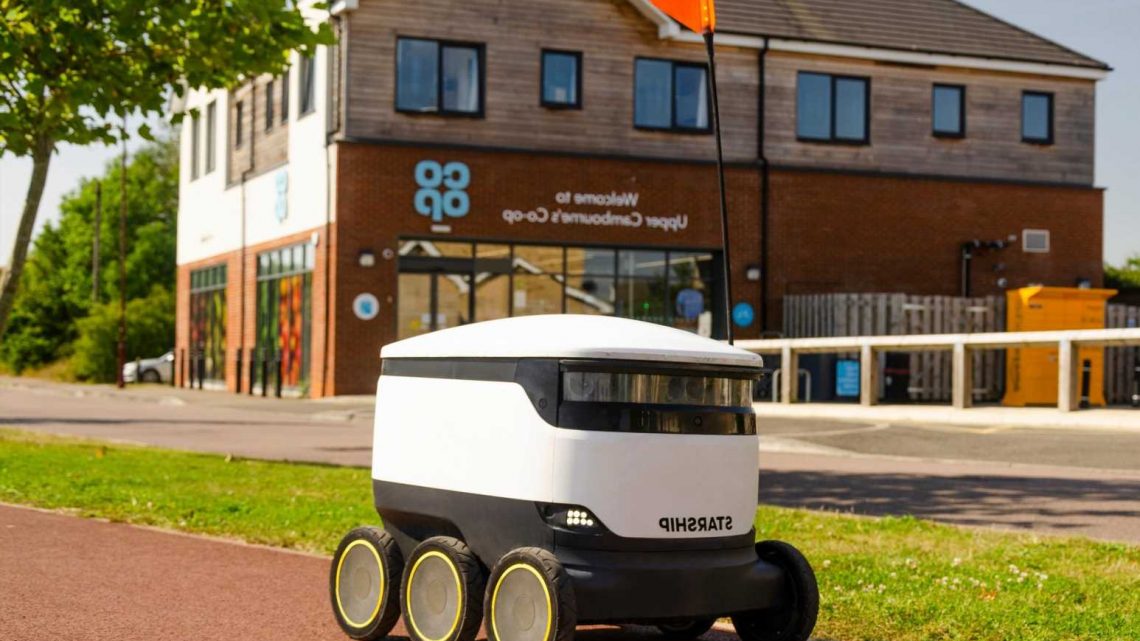 ROBOTS will soon be seen delivering groceries nationwide after a successful pilot scheme.

The Starship devices — cooler boxes on six wheels — travel at walking speed along pavements using GPS to guide them on pre-set routes. 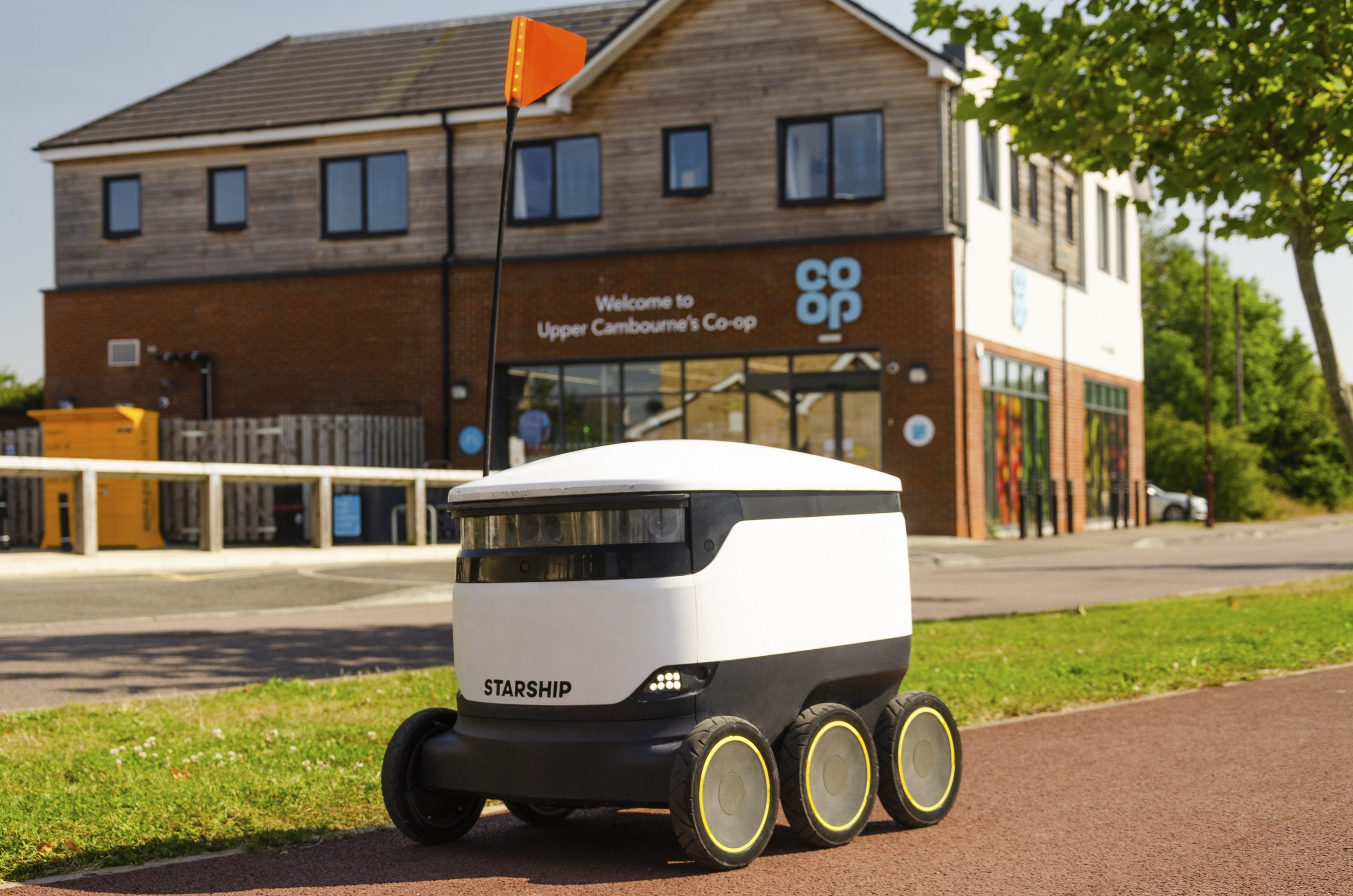 The gizmos need wide pavements and towns with low traffic levels so were tested in Milton Keynes, Bucks, which has both.

Co-op bosses say the experiment worked so well they will soon start using the robots in Northampton and Cambridgeshire and then in the north of England.

Currently, it has 200 but says there will be 500 on the streets by the end of the year.

They are made by Starship Technologies, which founded Skype.

The Co-op, which has 2,600 UK stores, is also partnering with Amazon to try to increase its online sales from £70million to £200million by the end of the year.

Boss Steve Murrells said the partnership would mean “greater convenience for people in their communities”.

He added: “This, combined with our extended partnership with Starship, marks a significant milestone in our online strategy.”